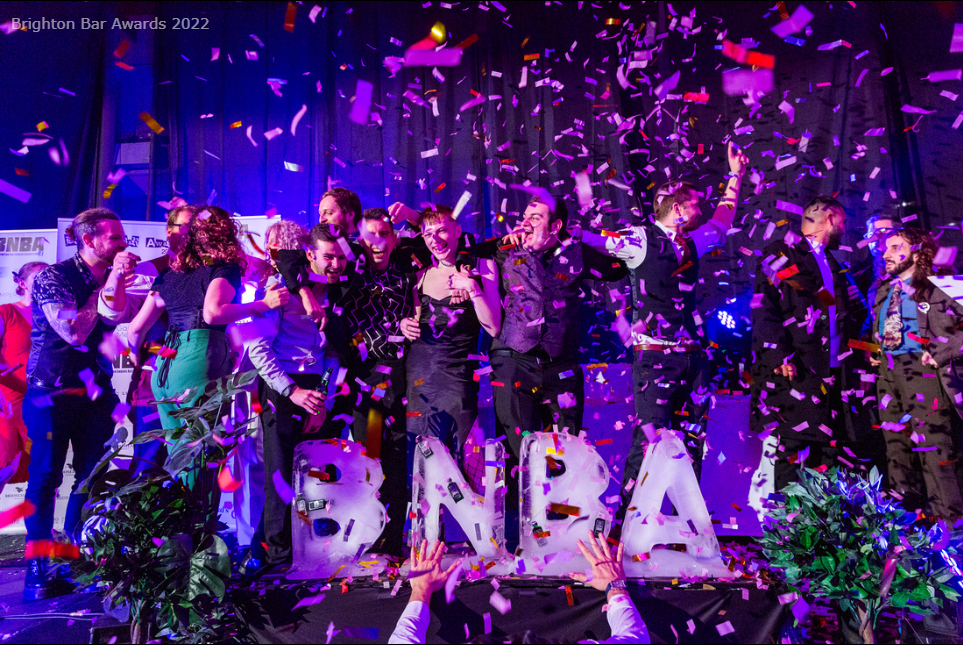 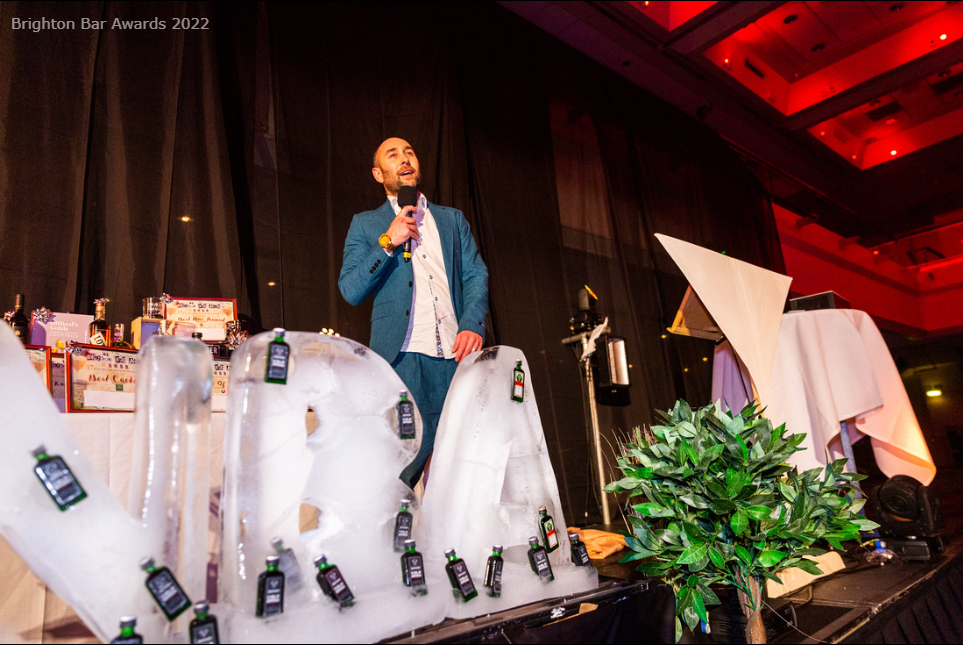 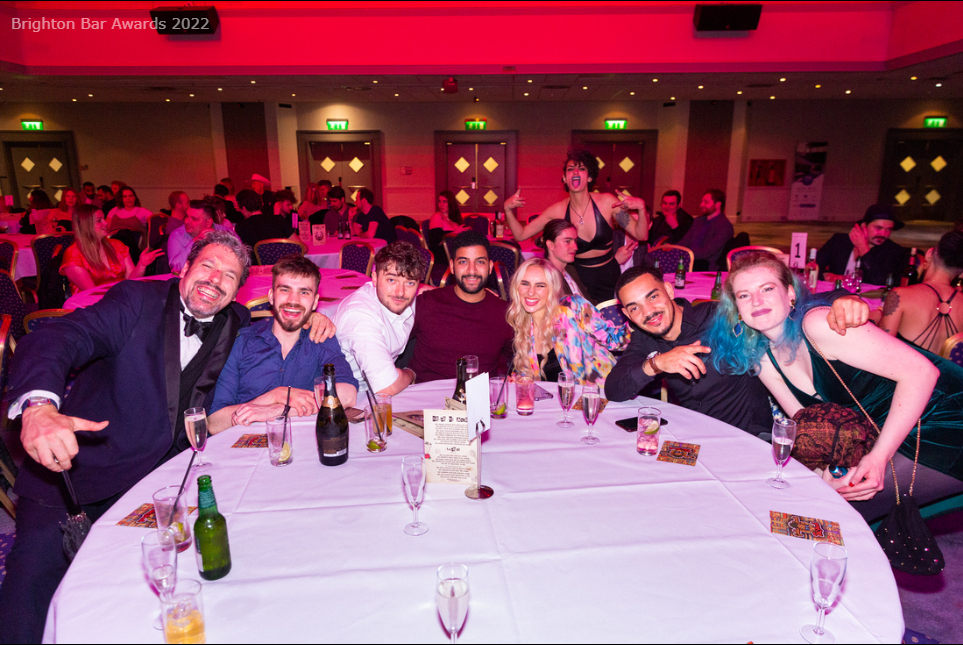 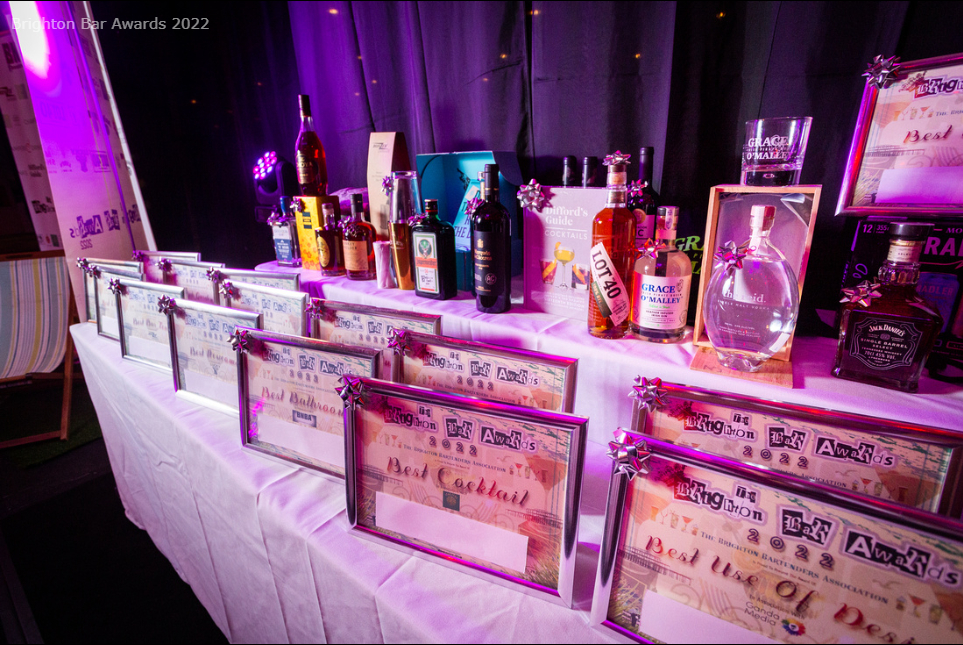 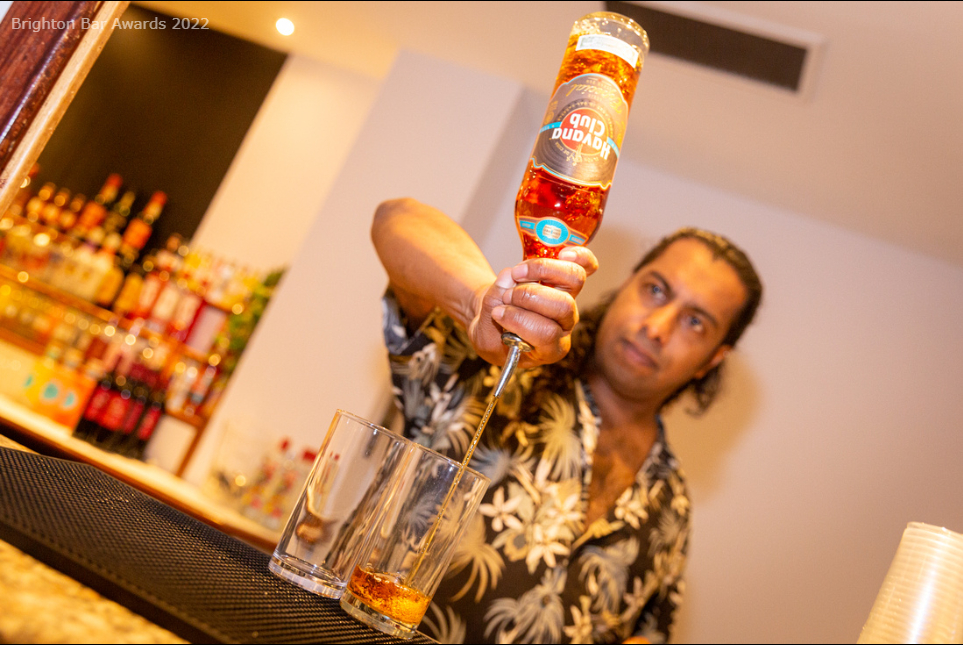 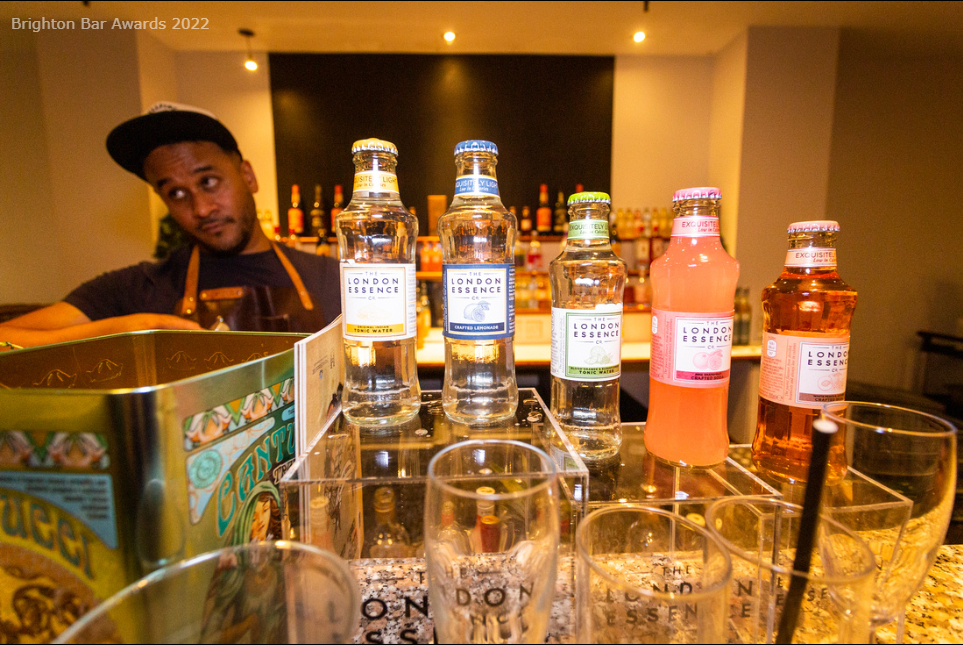 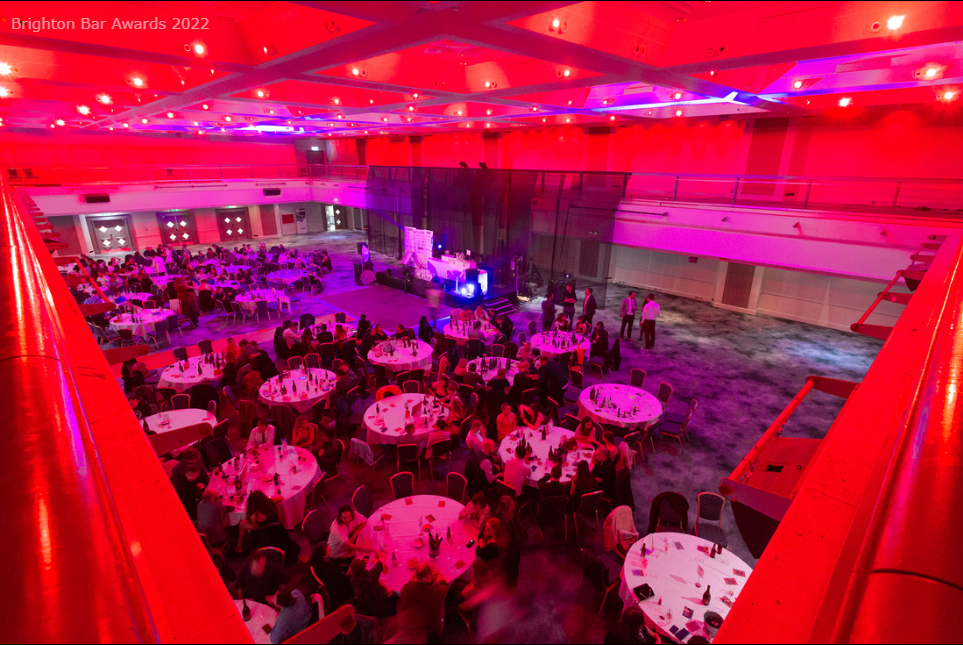 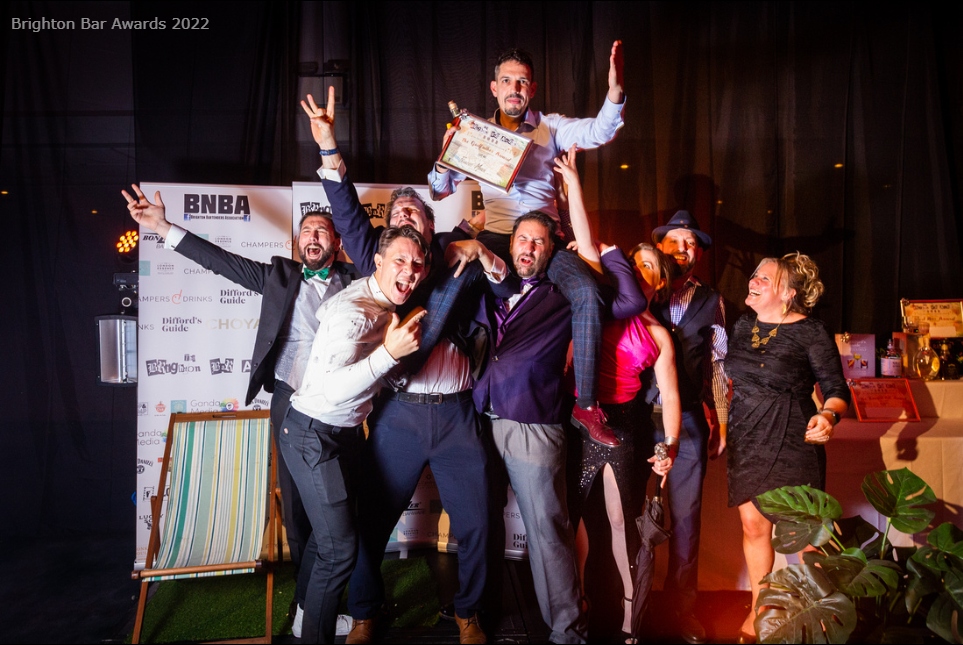 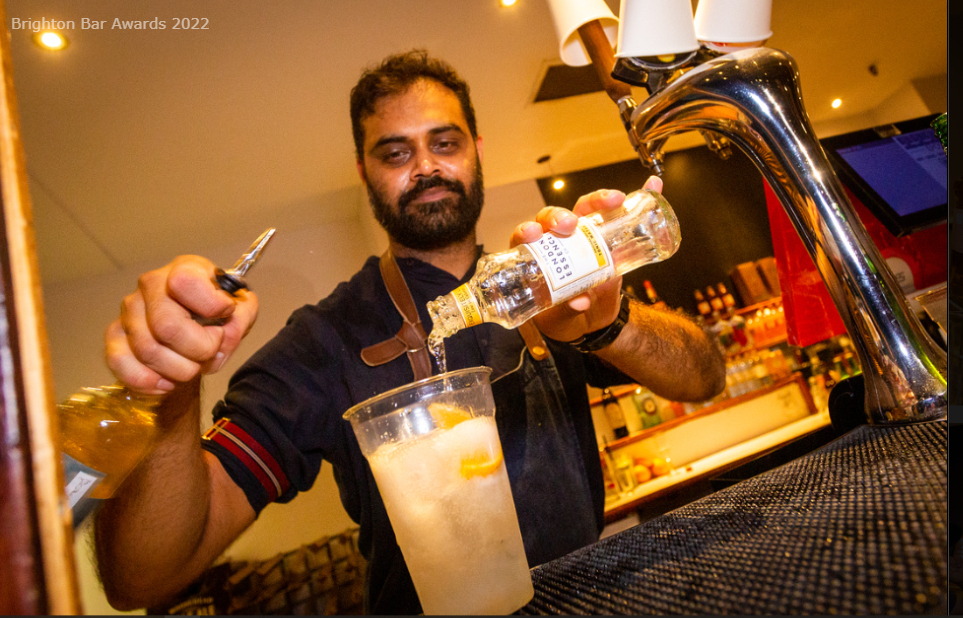 On October 30th, 400 local industry professionals flocked to the Brighton Hilton Metropole to celebrate Brighton’s unique bar scene and the hardworking individuals who dedicate their careers in the pursuit of keeping Brighton’s night-time industry and culture at the pinnacle.

The Brighton Bar Awards stem from the hugely popular Brighton Bartenders Association Facebook group (‘BNBA’) a public group with 14,500 members. The BNBA was set up in 2008 with the aim of ‘providing a platform for bartenders to network’ and ‘to create a strong industry community here in Brighton’.

The Awards themselves started from humble beginnings in a bar (as all great stories do), chiefly organised by Samuel Benson of drinks media company, ABV Media. Over 8 years the event has expanded in popularity, requiring bigger and bigger venues to meet the demand for this annual ‘bartender’s night off’, and tickets sold out again for the 5th year running.

Samuel told us: “It’s such an extra boost of motivation to simply go to work after winning one of these awards, and it’s so humbling to see the demand from the local drinks industry for this event. Next year will be our 9th year and so afterwards we will have to plan something very special to celebrate a decade of THE BRIGHTON BAR AWARDS! So watch this space.”

Each of the 20 award categories had 4 nominations, all from the ‘town of Brighton’, but more accurately the whole city of Brighton & Hove. All except the brand new category called ‘The Best Of Sussex Award’, recognising outstanding dedication to the Sussex drink industry.
The top 4 nominees are announced at the beginning of the Summer. Votes are cast by everyone in town, industry or not, via a shareable voting form link held on the BNBA Facebook group, and mount up into the thousands by the end of the Summer.

The Best Of Sussex Award (supported by Grace O’Malley Irish Whiskey) – Polygon Bar and GM Andrew Harrod from Horsham. For his motivating participation in cocktail competitions, overcoming a fire in his previous venue The Dead Parrot, but mostly his trailblazing efforts that him and his 3 man team performed to win best bar team in the whole country at a nation-wide competition in 2015.

then the final and most anticipated award of the night