NEWS: Bedlam Do the Double at the Euros 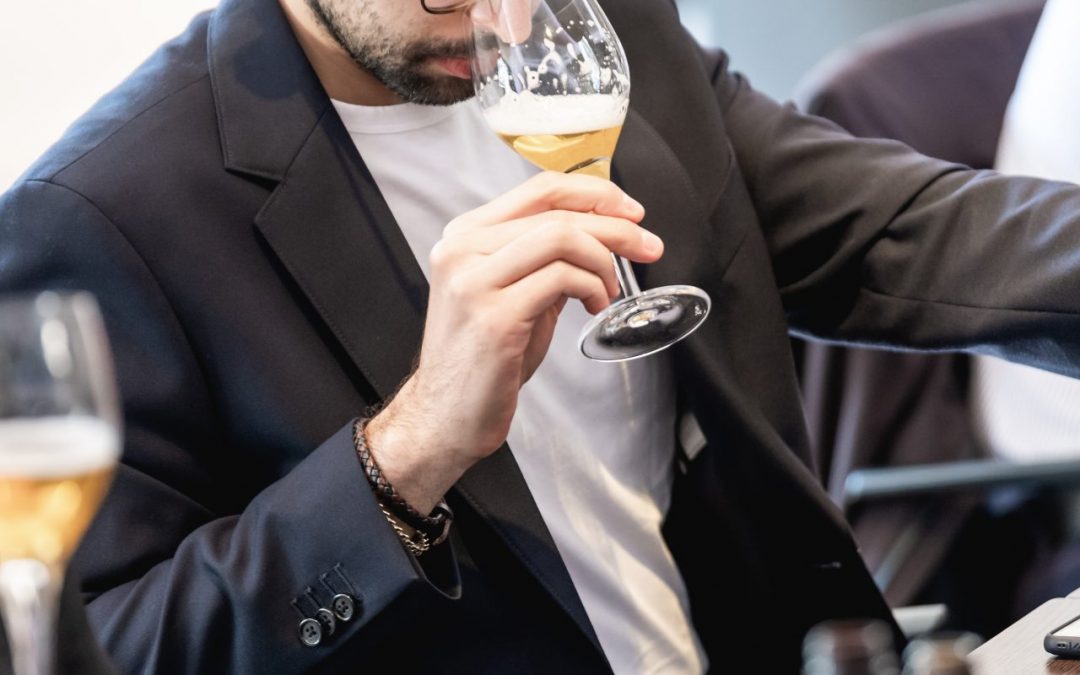 Bedlam Brewery “Blow the judges away” and show the Bavarian’s how its done, winning a Double Gold for their Pilsner at the European Beer Challenge

So it turns out us amatuers at Brighton Beer Blog might have pretty decent beer taste, for when we added Bedlam Brewery to our Sussex breweries listings page last year we rated their crisp, light and caramelly Pilsner as one of our favourites, alongside their tropical fruit-salad of a beer, Wilde.
Well we’re not alone as recently Bedlam “Blew the judges away” at the European Beer Challenge with their Pilsner coming away with a Double Gold, their Wilde a Gold Medal, and a laudable Bronze for their cask APA, Amangasett.

The European Beer Challenge is touted as “Europe’s most important beer competition” by some. It takes place annually in London, and in 2021 thousands of samples from 39 countries were entered and judged by the industry’s leading beer buyers and sommeliers. The London County Hall hosted the final tasting in April, with Judges including senior representatives of Bibendum, AleHunters plc, and Claridges Hotel.

We caught up with their Communications Manager Sally, and Head Brewer Lee, to see what they made of this massive achievement.

Congratulations on the awards, were you expecting to do this well?

Sally
It was honestly a great surprise for us to come anywhere in the European awards, never mind win a Double Gold for our Pilsner!!  It’s always an accolade, but to win an award for Pilsner against European breweries and up against Germans (and Bavarians) was extra special.  We’ve even received a response from Jamie Percival, one of the judges at the awards, who mentioned Bedlam’s Pilsner as “…one of three beers that completely shone out for me …”

Lee
After such a difficult year this is a nod to the tremendous hard work of the whole Team and to win additional medals for Wilde and Amagansett we couldn’t be happier!

Where does this competition and award rank among others?

Lee
To win Double Gold in the European Awards is huge for us; the next highest accolade would be to win in the world awards, but for us to stand out at the European awards for our Pilsner against European Breweries (especially Czech and German) is big!  It seems like a simple beer to brew but in actual fact it is one of the hardest styles to execute really well.  We are therefore hugely proud of this award.

How did you celebrate?

Sally
You can guess how we celebrated the day we found out, but in fact we opened the brewery on Friday night to the public for Pizza and Beer, which was hugely successful, and so as well as celebrating amongst ourselves with beer fresh from the tank, we were able to celebrate with a host of 90 people at the brewery – there’s no better way to celebrate to be honest!

Why is it important to Bedlam and breweries in general to be entering these competitions and winning awards, what are the benefits?

Sally
Apart from bragging rights and street cred (laughter) there are multiple benefits from winning awards!  None more so than the acknowledgement that trained professionals, who themselves have trained palates and who have earned their position as a Judge and Beer Sommelier, have given your beer their mark of approval.
Some of the judges in this competition were Beer Buyers too, so they know exactly what they are looking for.  It’s great to know where your beer sits amongst a host of other brewers, so to enter a European competition will help the reputation and name of Bedlam travel further.  This also helps us with regard to improving our beers too as feedback is always useful to us.  We never sit on our laurels and we’re constantly working to improve our whole offering – take our Wilde East Coast Pale Ale for example, this has continued to evolve and improve over the past two years.
We would also like to think that taking part in a competition enables us to put our beers in front of other distributors that we may otherwise not meet. 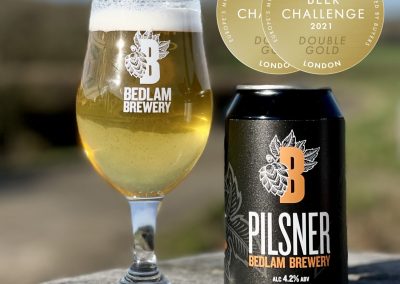 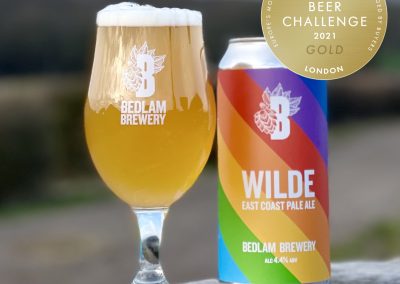 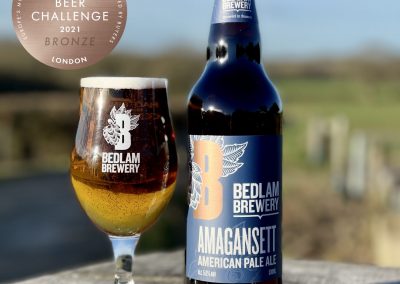