New Release: a trio of cans from Bedlam Brewery 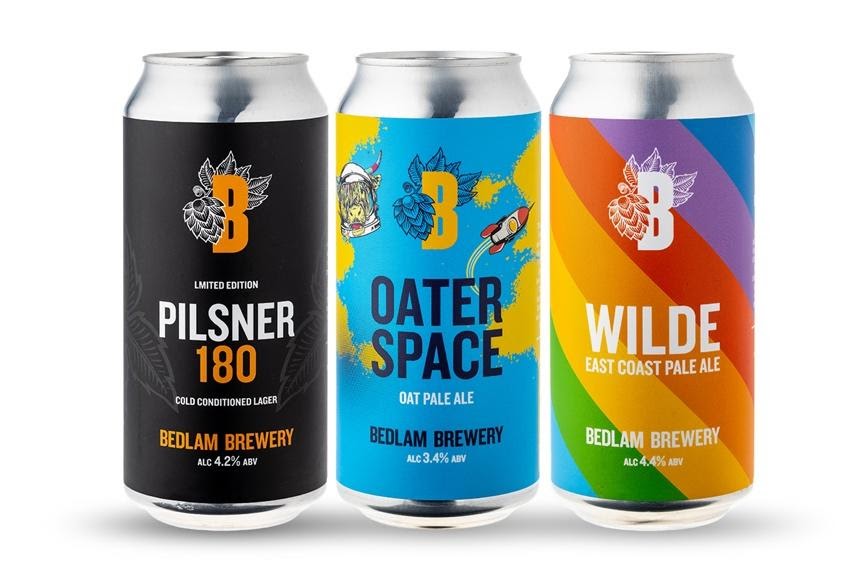 Bedlam have released a trio of cans to cater for all tastes this Summer
Brighton Beer Blog try their Outer Space, Pilsner 180 and Wilde in all their 440ml glory

Like many other breweries over the past 12 months, Bedlam have experienced extraordinary growth in their packaged sales. Whilst they are of course now ramping up for draught sales to restart, they are also looking to consolidate their packaged sales, and as part of that are figuring out how to market themselves more widely going forwards

Enter the stage, a trio of new 440ml canned options now available from their store. We’ll take you through the newbies and give you our take on each. 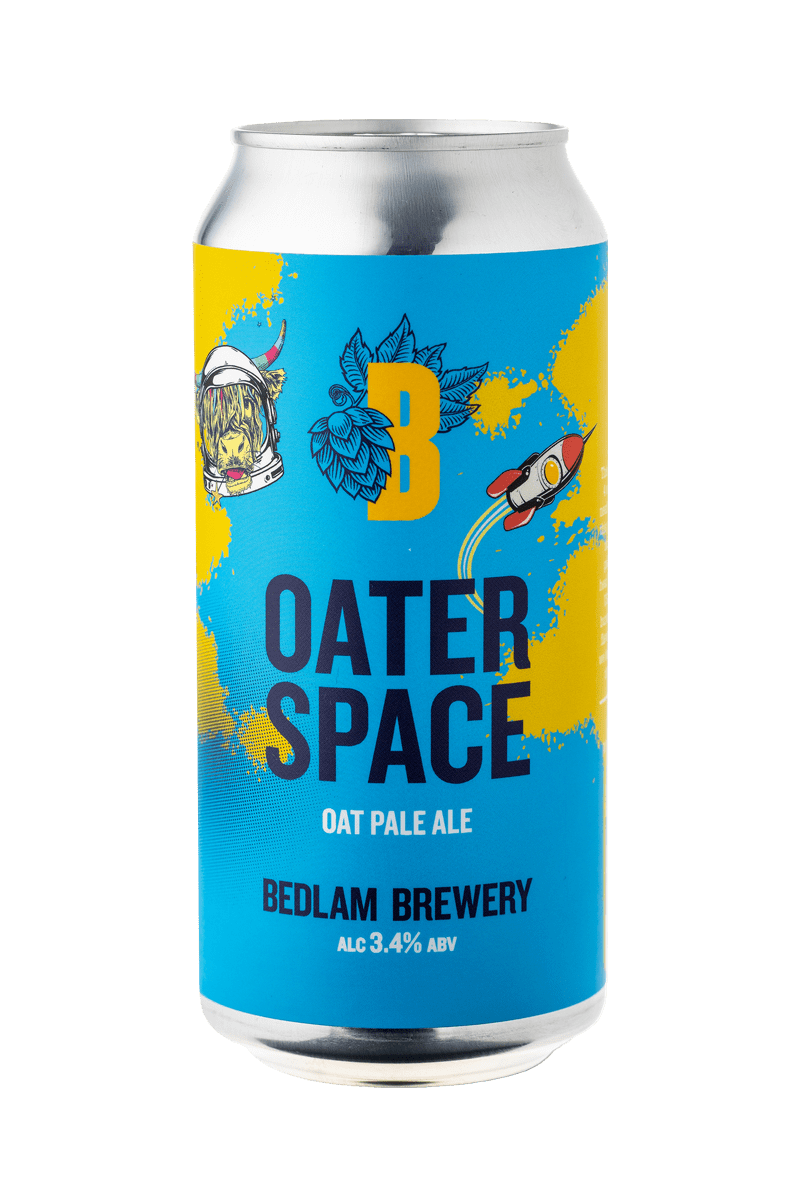 In wanting to brew an easy drinking lower ABV session Pale Ale whilst retaining the body and creaminess of its stronger cousins, Lee and his team decided to pack 4 varieties of oats into this new pale ale which as a result make up 50% (seriously!) of the grains.
This gives a full, smooth body to this little pale with haze galore and a long lasting, creamy head. Added into this are our favourite US hops, Double Dry Hopped for good measure, bursting with fruit salad and tropical flavours. Oh, and just to round it off, they fermented it with a bespoke yeast that boosts body and juiciness!

Brighton Beer Blog found this incredibly light, smooth and juicy. We got flavours of lemon, honey and pineapple, rounded off brilliantly with creamy oats playing off against dense, zingy hops. For the abv this packs loads of depth.  A true session beer that we could sink pint after pint of. 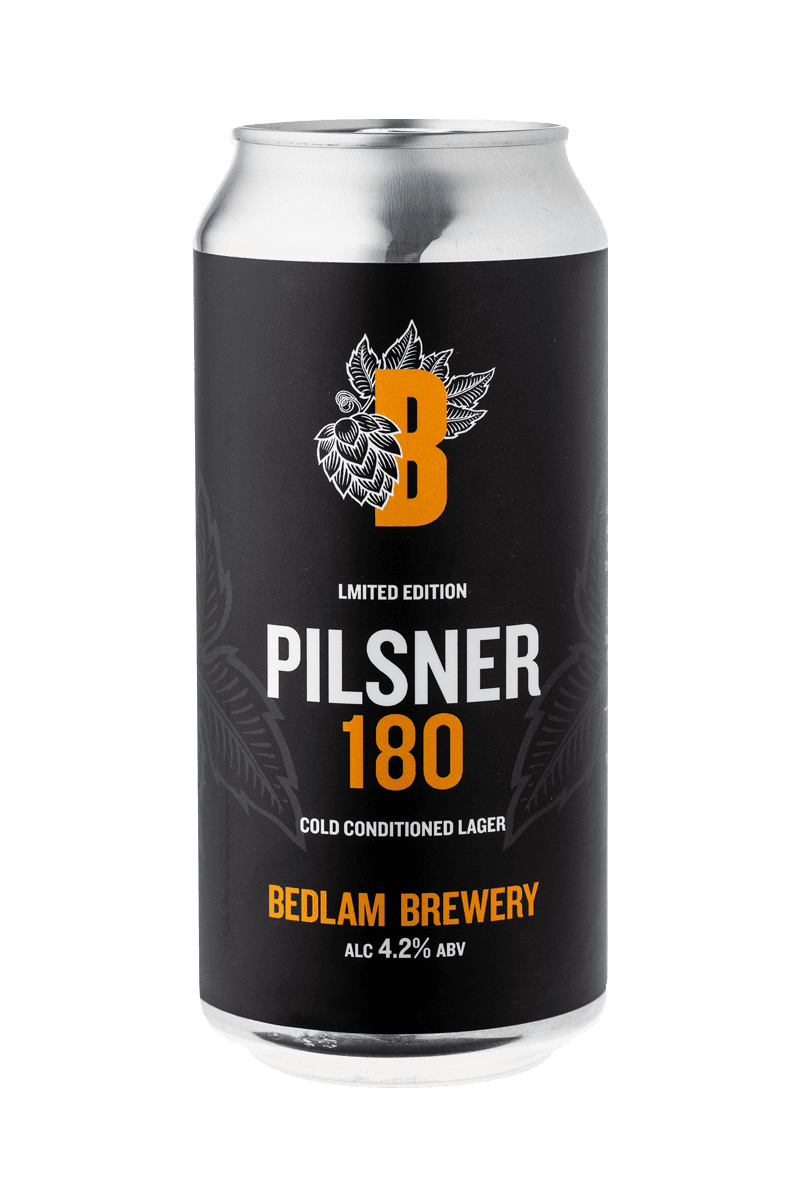 Following a reduction in demand for theirr best-selling pilsner as a result of lockdown late last year, Lee decided to leave one batch in tank, rather than throw it away. The result is a flavourful new release Pilsner which has been maturating and ageing in their fermentation tanks for 180 days!
Bedlam’s 180 pilsner is brewed using both traditional German brewing techniques and ingredients. German Pils’ malt provides light honey notes whilst the Saaz and Saphir hops produce a fresh, citrus aroma and flavour with an elegant, spicy bitterness.

Brighton Beer Blog like this crisp and woody pilsner. It’s clean drinking, robust and more dry than sweet. It’s a little rich for necking however remains refreshing, and will make a good lager choice come summer for fans of Pilsners. 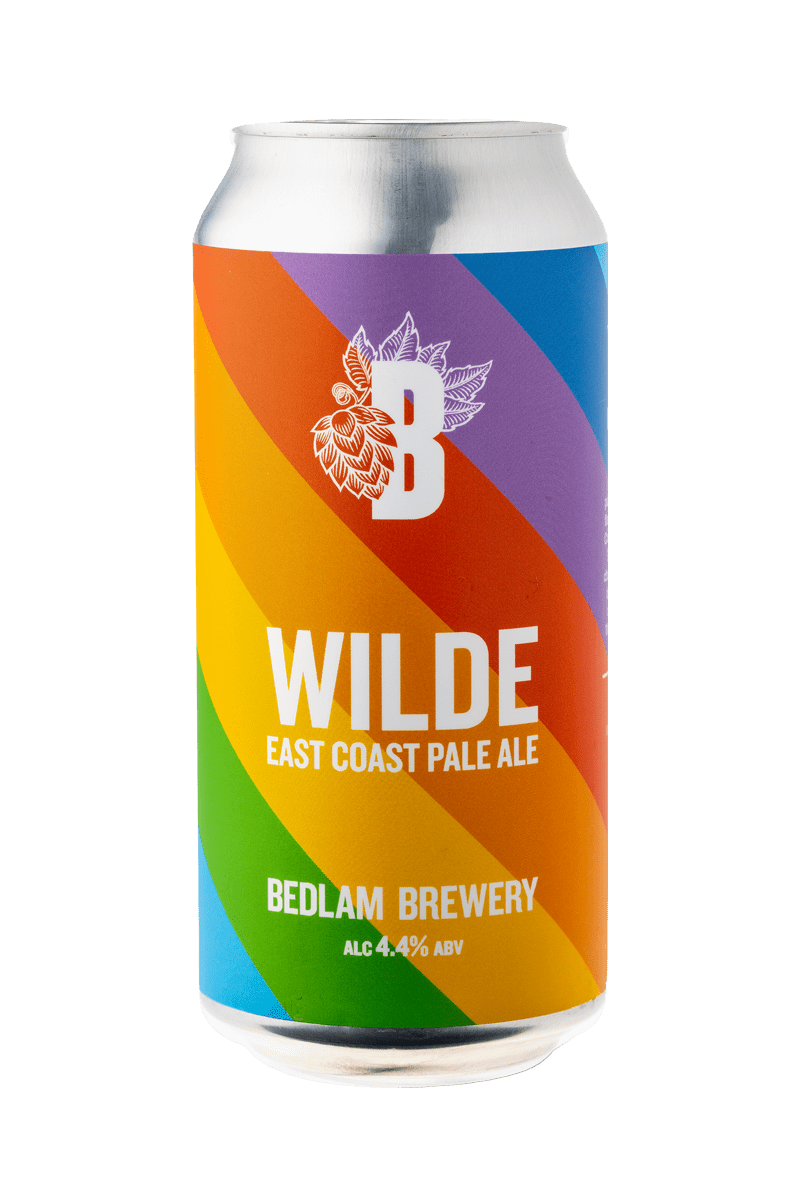 Wilde has proved one of Bedlam’s most popular beers during lockdown – So good they put it in a bigger can! Super, fruity, American hops paired with fresh fruit purees and flavours. This fluffy and light East Coast style pale ale explodes with Passionfruit and tropical juice character.

Brighton Beer Blog find Wilde a slinky, uber fruity beer. Soft on the palette, not in your face with hops and haze, more of coppery bitterness profile with a fruit base. We got flavours of strawberry, passionfuit, plum, satsuma and rose. We can see why this was so popular last summer, bet it hits the spot for fruit fans on a hot day.