Hand Brew Co. and David Shrigley team up on a 4% pale you wont soon frog-et

More about Hand Brew Co on the Breweries page... 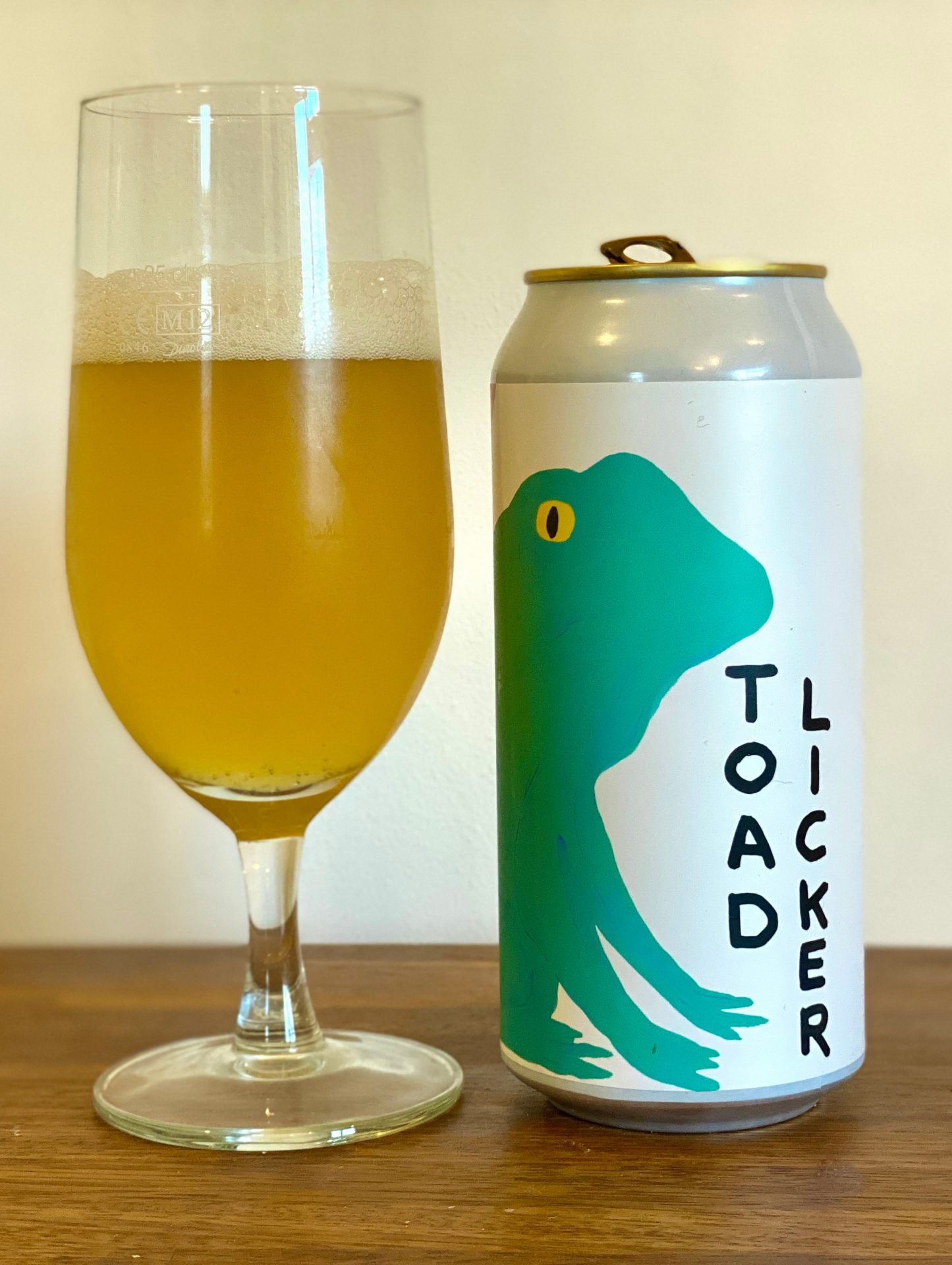 Wonderful lightness in the mouth, but totally present with a syrupy smooth and silky texture. Light carbonation compliments the crisp hop flavours.

Flavours of stone fruits, with mouthwatering sweet orange undertones, all blend wonderfully without competing or dominating.

Doesn’t become sweet, theres a pronounced hop bitterness, yet the wheat and oats keep that from becoming ott on the palette.

Not drying but a tang of hop oil in the finish lets you know you’re drinking a hop forward beer. 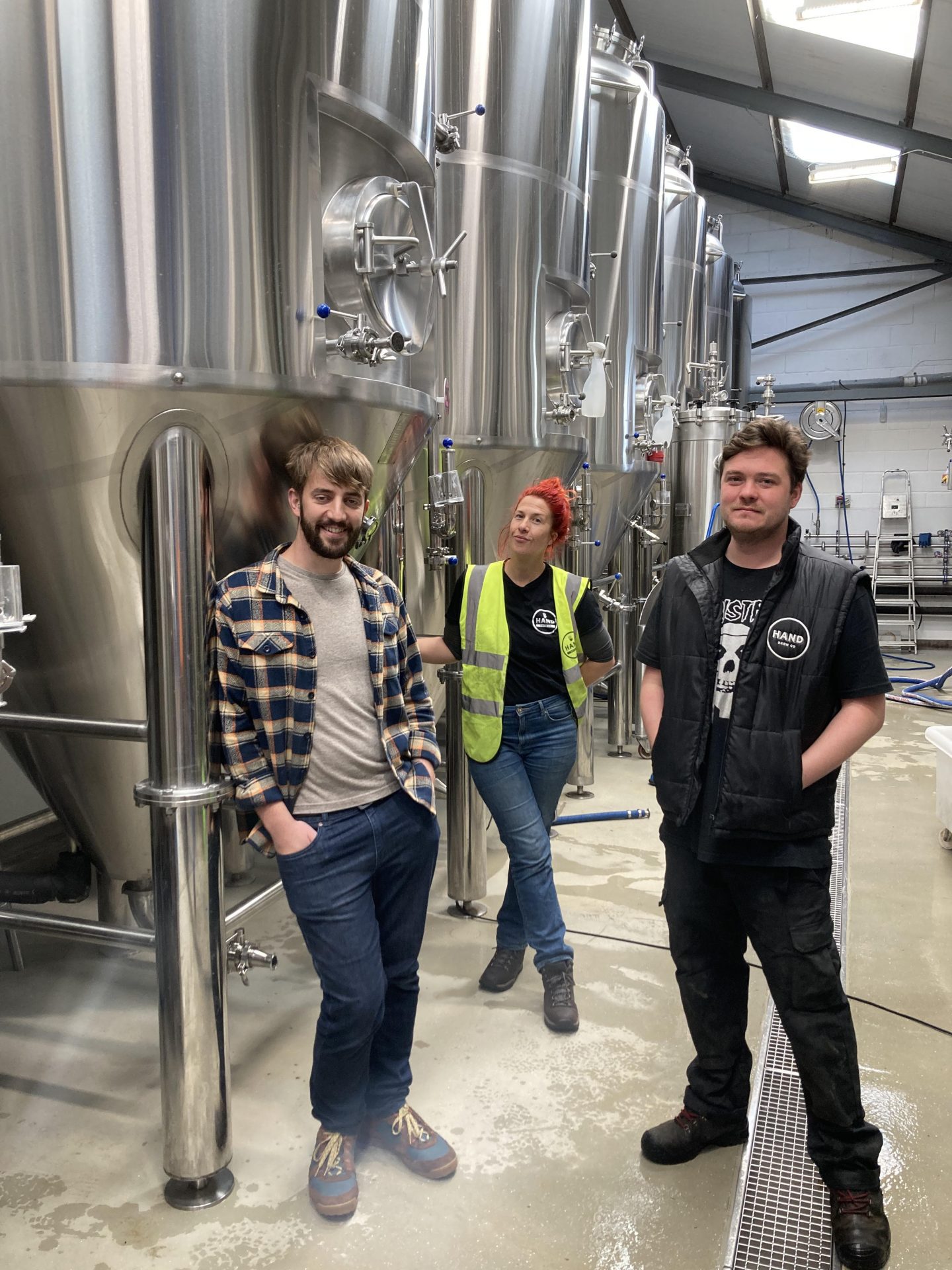 So, teaming up with David Shrigley on a beer? how on earth did that come about?

(Kate Hyde) David moved to the neighbourhood where our flagship pub, the Hand in Hand, is. He became a local, a regular, and we’ve all become good mates. I suppose in that sense it’s as genuine a collab as you can get, borne out of just sharing time, ideas and beers together and coming up with mad plans after a few too many of the latter!

And why the Toad licker name and image? Any wayward shamanic anecdotes connected to this..

(KH) David came up with the name and artwork.

(David Shrigley) The Toad has become synonymous with Hand Brew Co; with the game and the pub in Worthing. I had previously done a painting of somebody licking a Toad.” so it was perfect for this collaboration.

(KH) The Hand has a fair few wayward shamanic characters propping up the bar to be sure, but in this case it’s a reference to the game Toad. Something we’ve all come to love and associate with drinking at the Hand. It’s a local Sussex pub game where players take it in turns to toss toads (brass coins) into a hole (normally a lead table top with a hole in the middle). It’s a huge cult hit round these parts, and has taken Brighton more generally by storm. The intention with the name is 100% to give the completely indefensible impression that drinking this beer makes you better at Toad. Because it probably does. So, I guess, in a way it is sort of shamanic and magical.

The beer seems to have an APA vibe to me, is that right? What hops are you using in this brew?

(KH) Shaka, our house pale, has long been David’s beer of choice and it’s like a totem beer for Toad players. It seemed important to start with a base of a beer that David liked and that did indeed (seemingly) make you better at Toad, so we started Toad Licker with Shaka as the base. It’s definitely got a bit of an APA vibe, lots of lovely soft mouthfeel and dry hopping with US hops going on there. We use Citra, Cascade and Chinook.

Given the low end 4% abv, how have you achieved that lovely silky mouthfeel?

(KH) Thanks, yep, we’re super happy with this beer. It’s something we’ve been tweaking for years and I think that smoothness comes from a combination of blending a little oat and wheat into the grist – not so much that it becomes flabby – but just enough to keep it soft. The dry hopping incorporates a fair amount of cryo hops, which give us a reduced amount of green matter, allowing for a higher concentration of oils to be absorbed into the beer without the corresponding leaf, which can sometimes give an astringent piney bite if it’s there in large quantities. Finally we keep the water treatment quite old school, there’s a high concentration of gypsum in there which brings out the hop character and gives a lovely smooth dryness that makes it drinkable without having to go too hard on bitterness.

You’ve added the grapefruit adjunct in there as well, why did you feel it neccesary? did the hops not give quite enough citrus/juiciness?

(KH) It was a choice – the beer we wanted to make was a replica of a Radler a lot of the regulars make in the pub by mixing grapefruit soda with Shaka, we specifically wanted it to be a grapefruit flavoured beer, more than just using hops that had grapefruit aromas. It needed to taste like it had grapefruit soda in it, but be pure beer!

As the brewer, what do you see as the ideal situation to drink this beer?

(KH) It’s not at all for the brewer to say the ideal situation for drinking a beer, it’s absolutely about the person drinking it. But I can say that I know that I would think the perfect situation for me to drink it would be surrounded by some wayward shaman types in my favourite local pub playing a game of Toad.

I’d probably want to keep the can too, because it looks amazing! 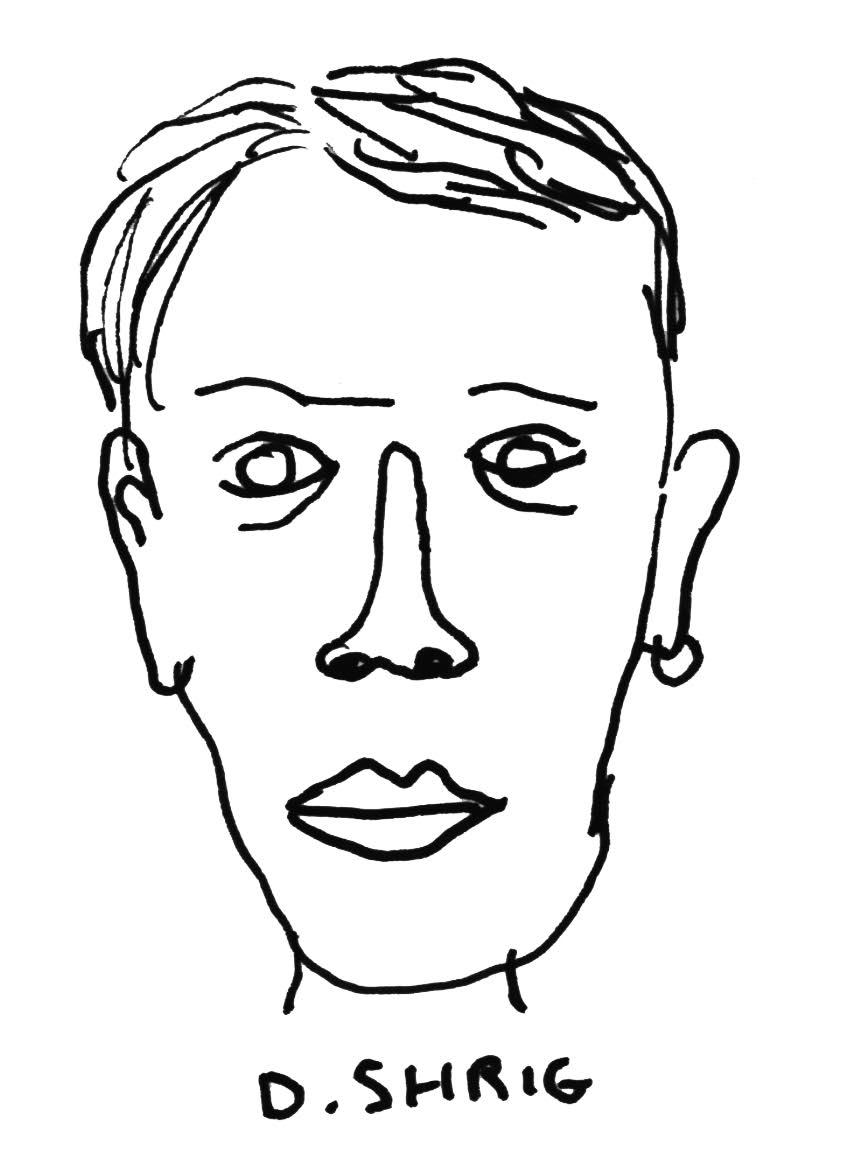 Who is David Shrigley?