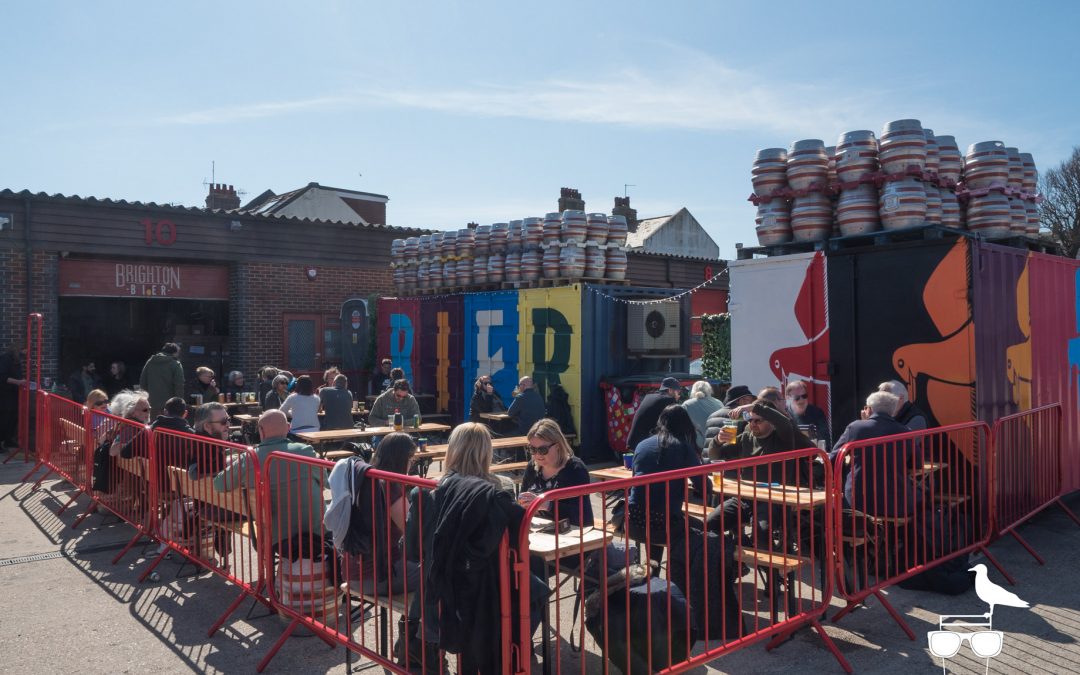 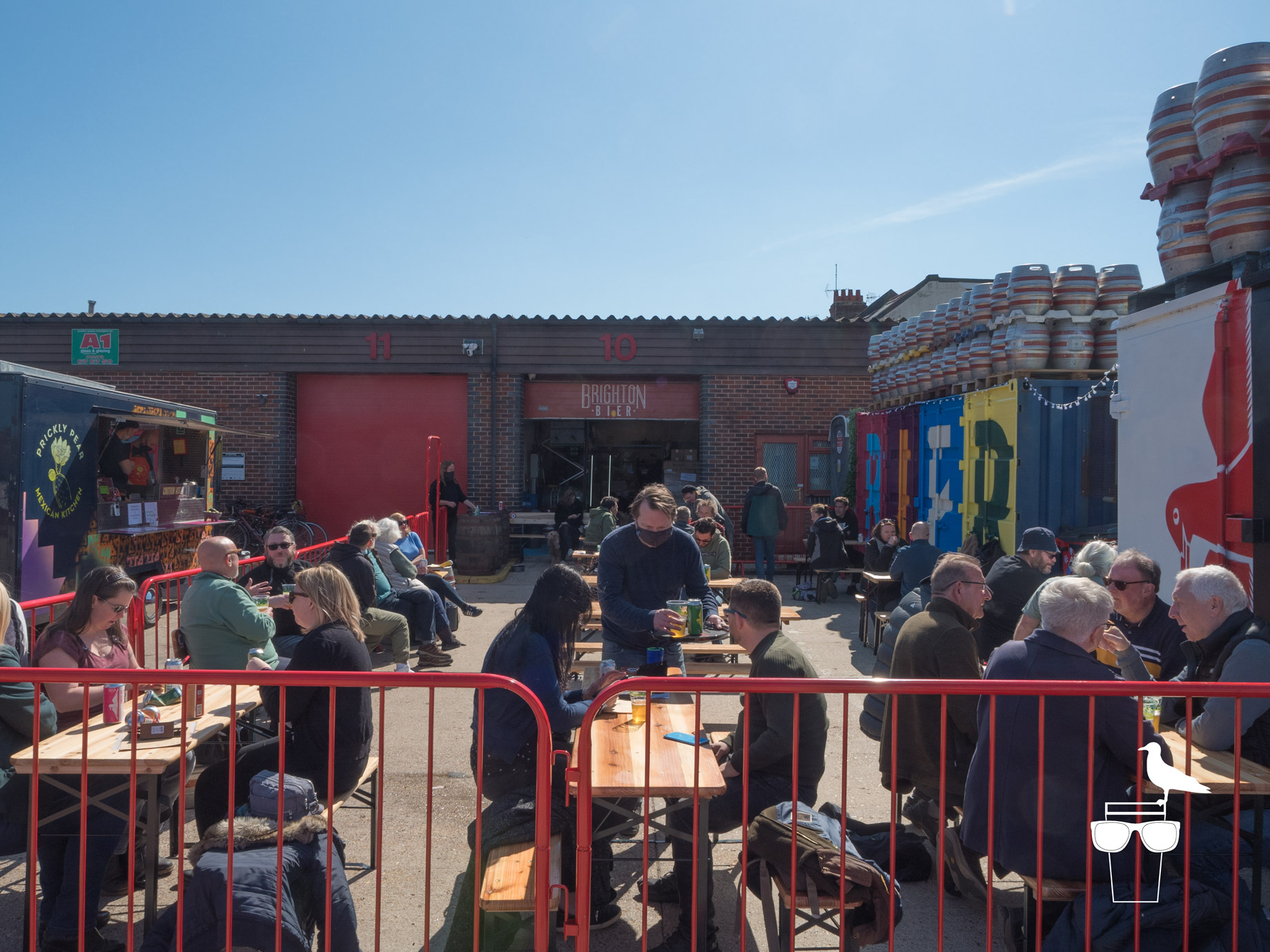 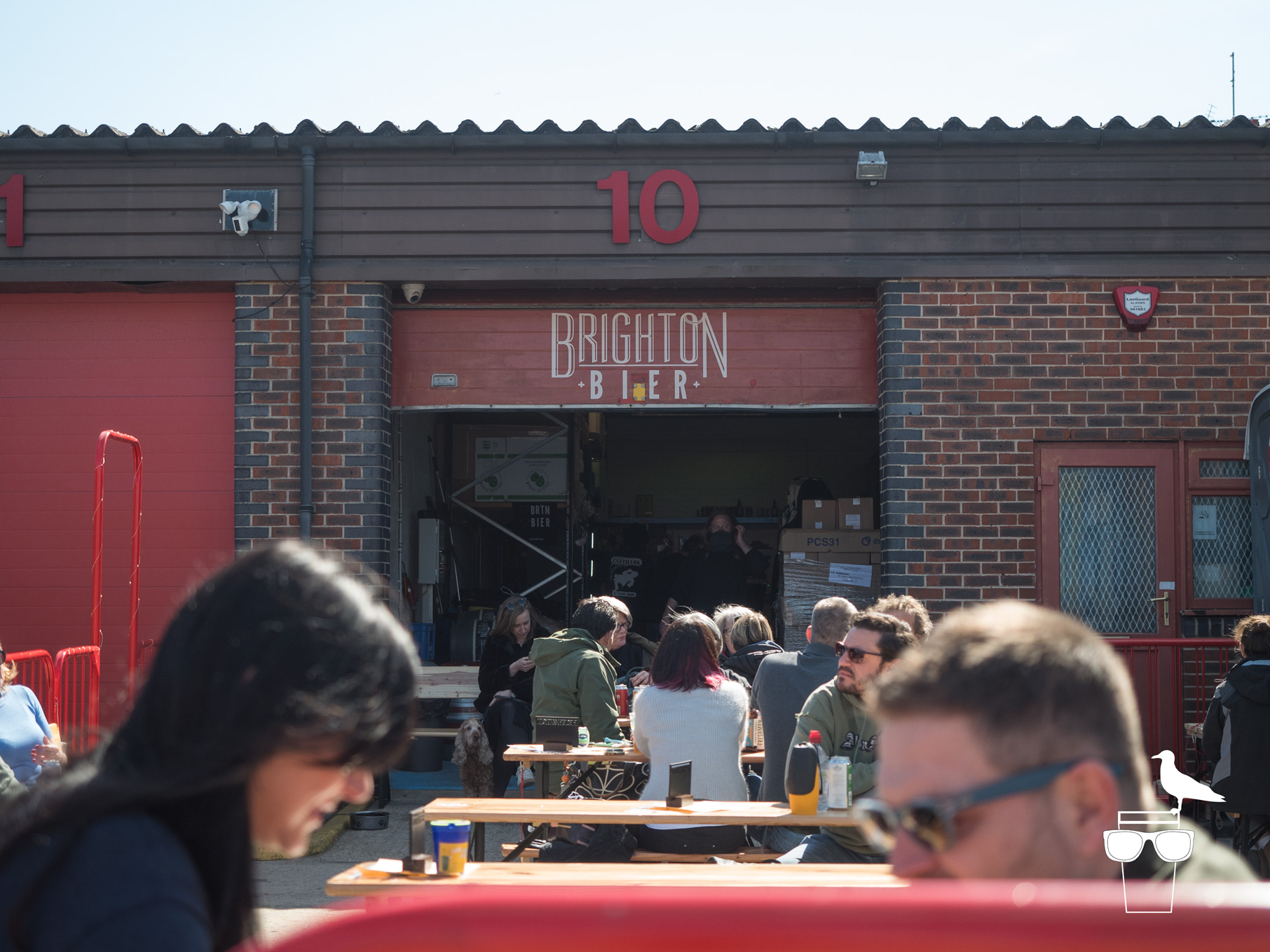 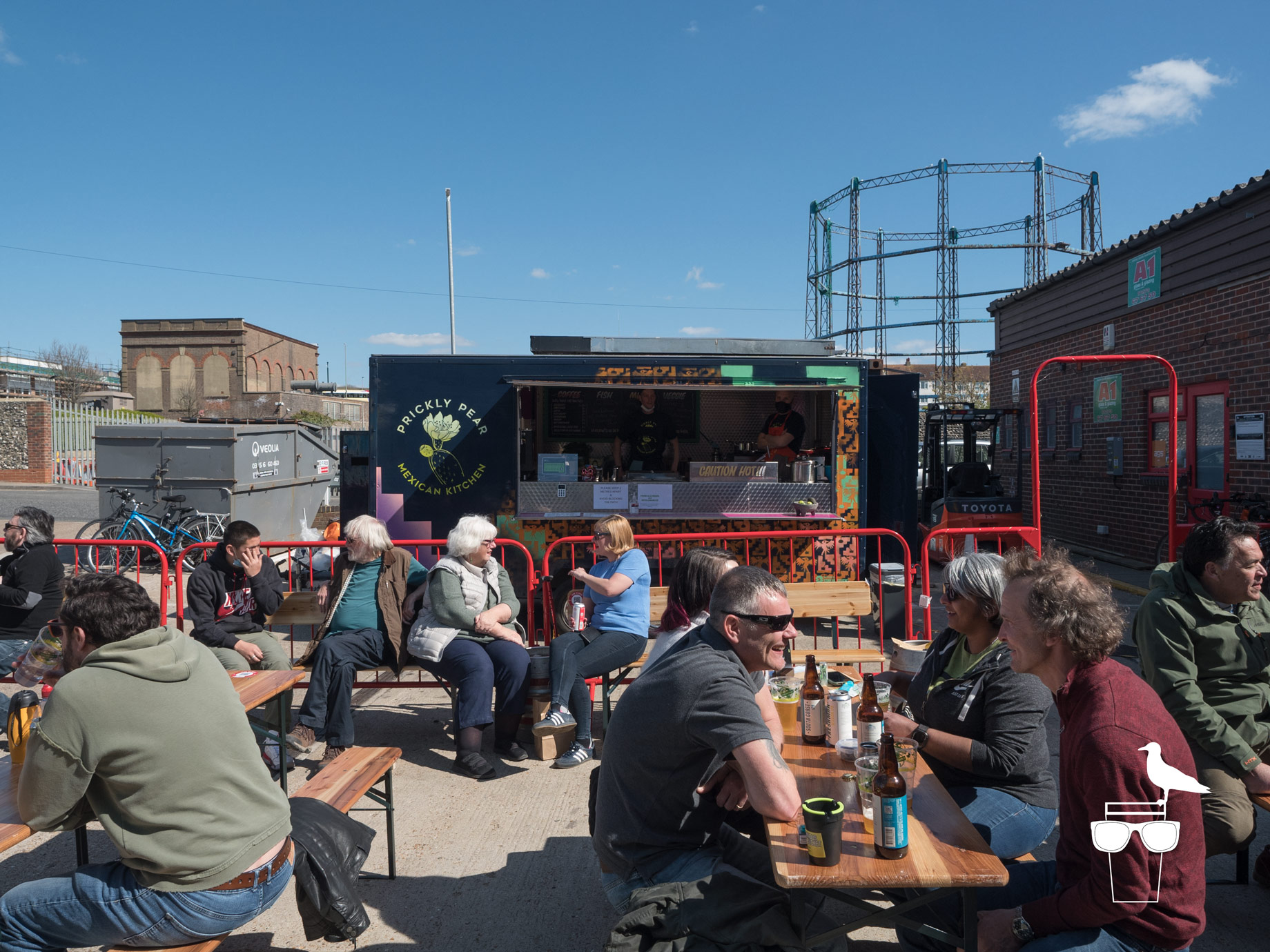 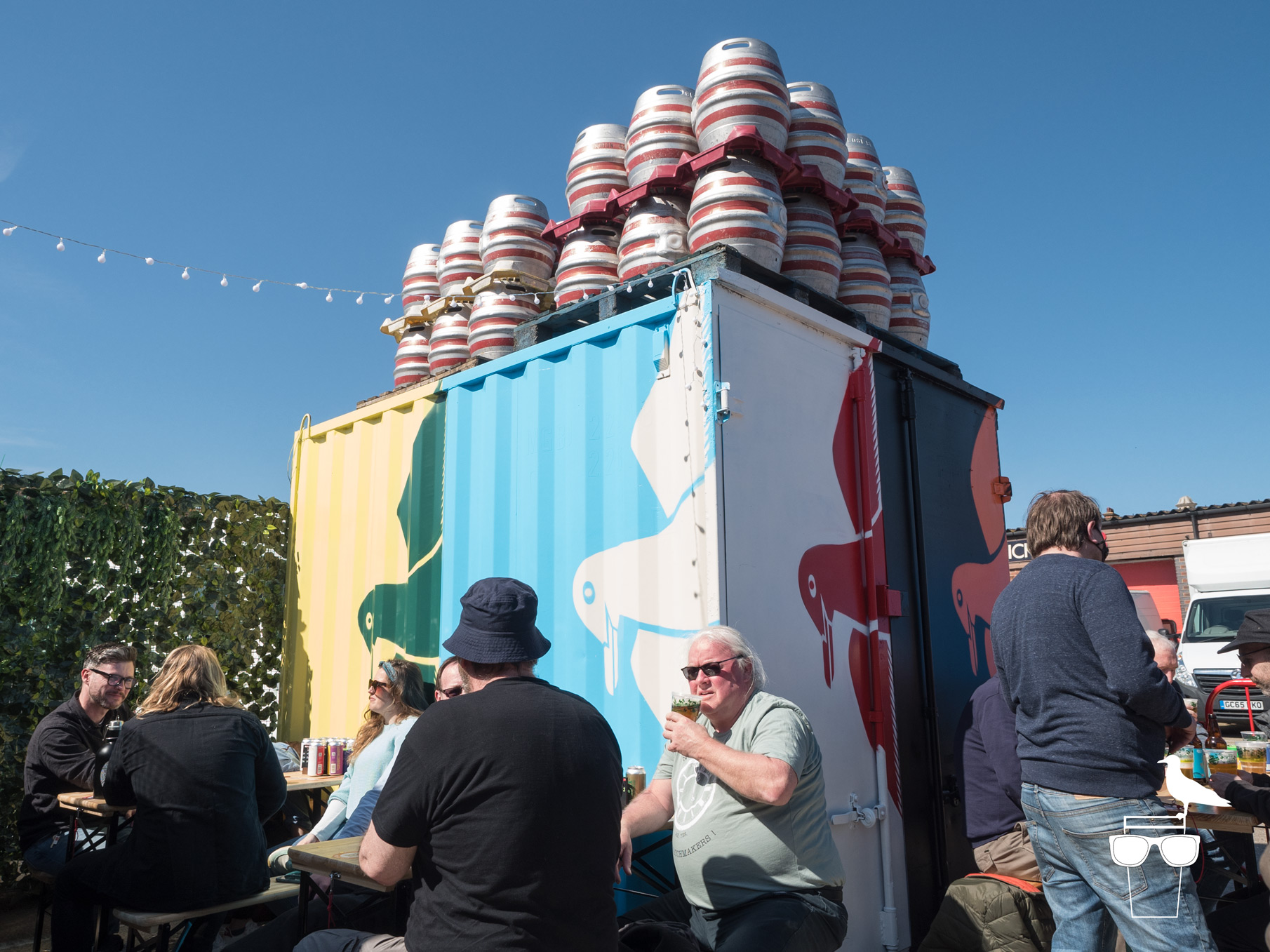 An industrial estate car park may not sound like a classic location for a bevvie, but the Brighton Bier Brewery and Taproom has done a very good job of jazzing up the forecourt, by painting their containers with bright colours and softening the aesthetic with a little fake foliage and background music. Outside, bench seating is laid-out banquet style and the kind of pop-up feel of it all adds a fizz of beer festival-like excitement.

There are loads of options from their own brewery alongside some bavarian beers and guest ciders. At time of writing the ‘Taproom’ was not exactly a taproom as they were only serving beers from cans and bottles only, but recently a line for the NEIPA Freshman was put in, and plans are most definitely afoot to install loads of lines by end of 2021. This will provide the much needed variety in terms of their own beers and guesties, and make the taproom a destination for trying their award winning beers as fresh as can be.

Brighton Bier are firmly established and revered as part of the Brighton brewery furniture, churning out much adored beers for cask and keg, and their brewery taproom now offers lovers of the brand a new way to get closer to the beer and the brewers by adding the brewery to their portfolio of 3 pubs across Brighton.