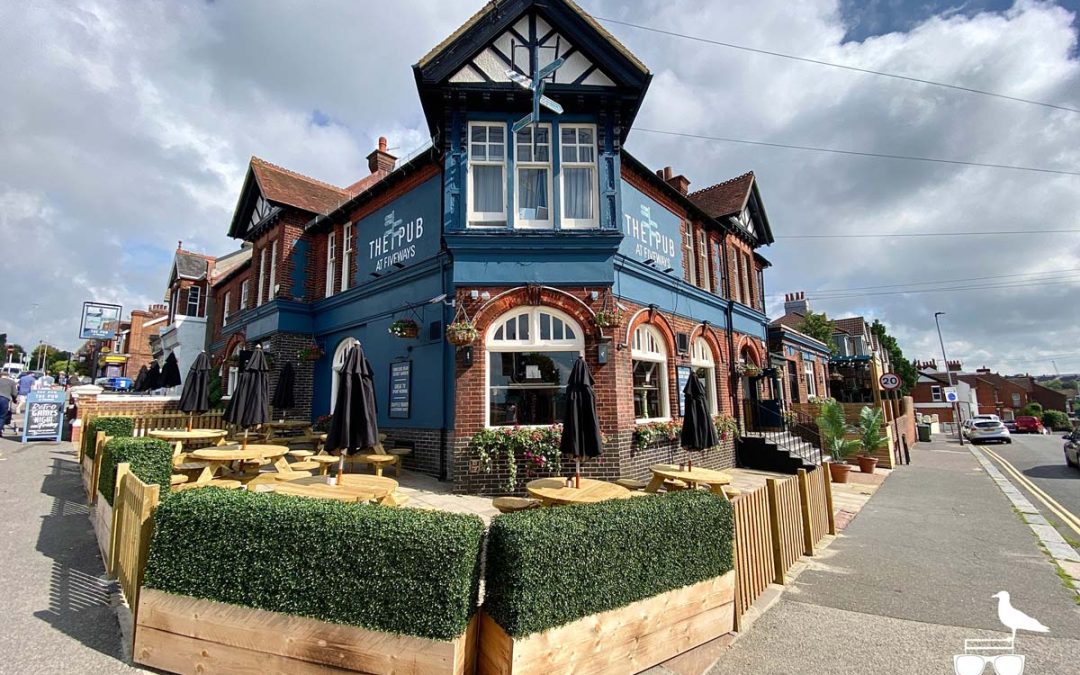 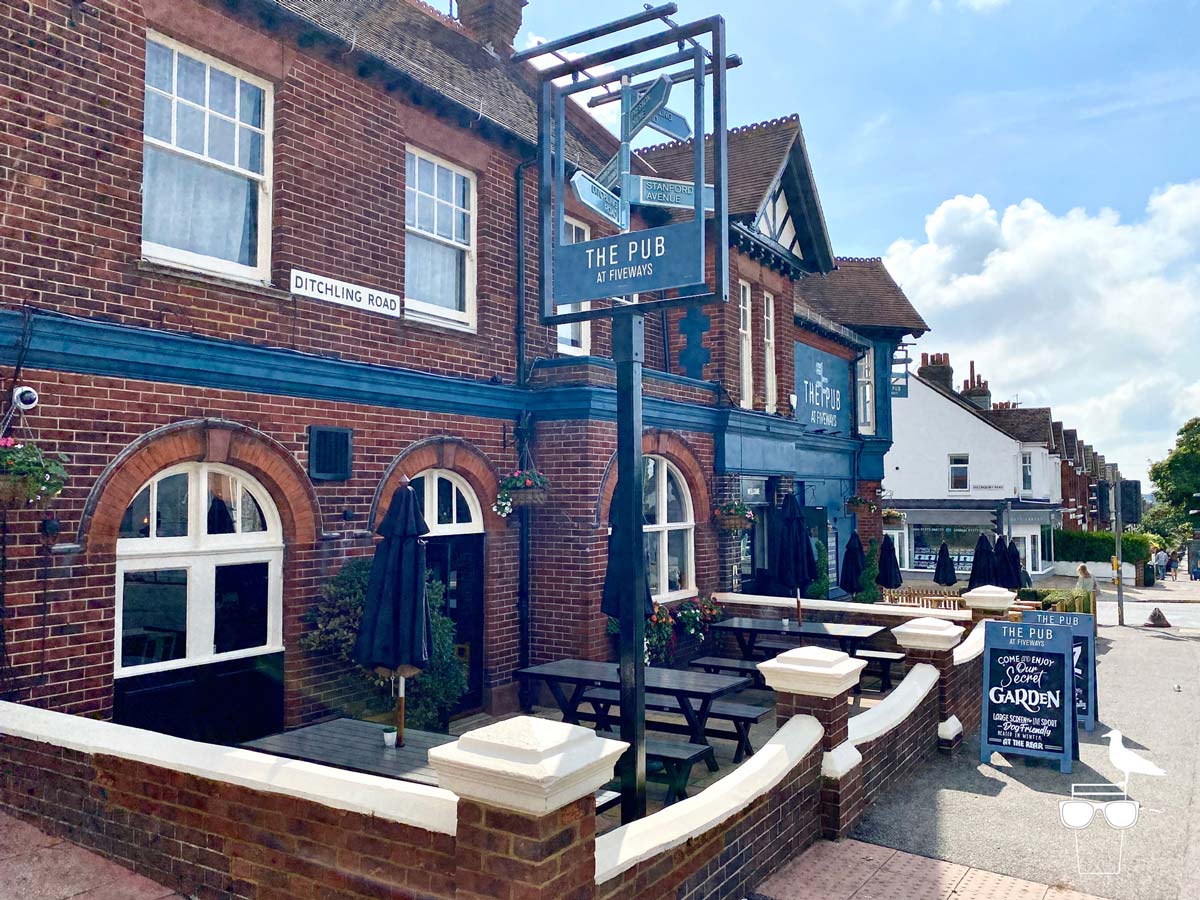 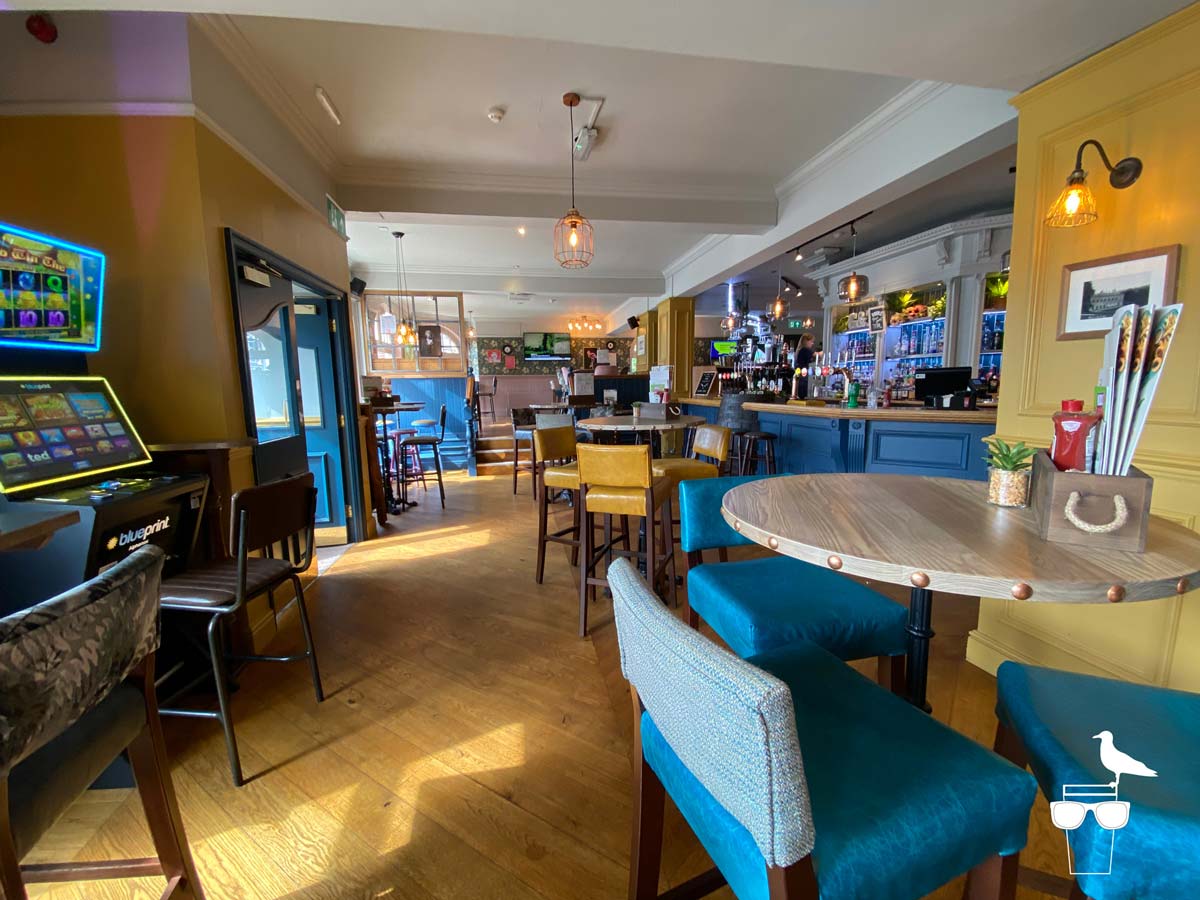 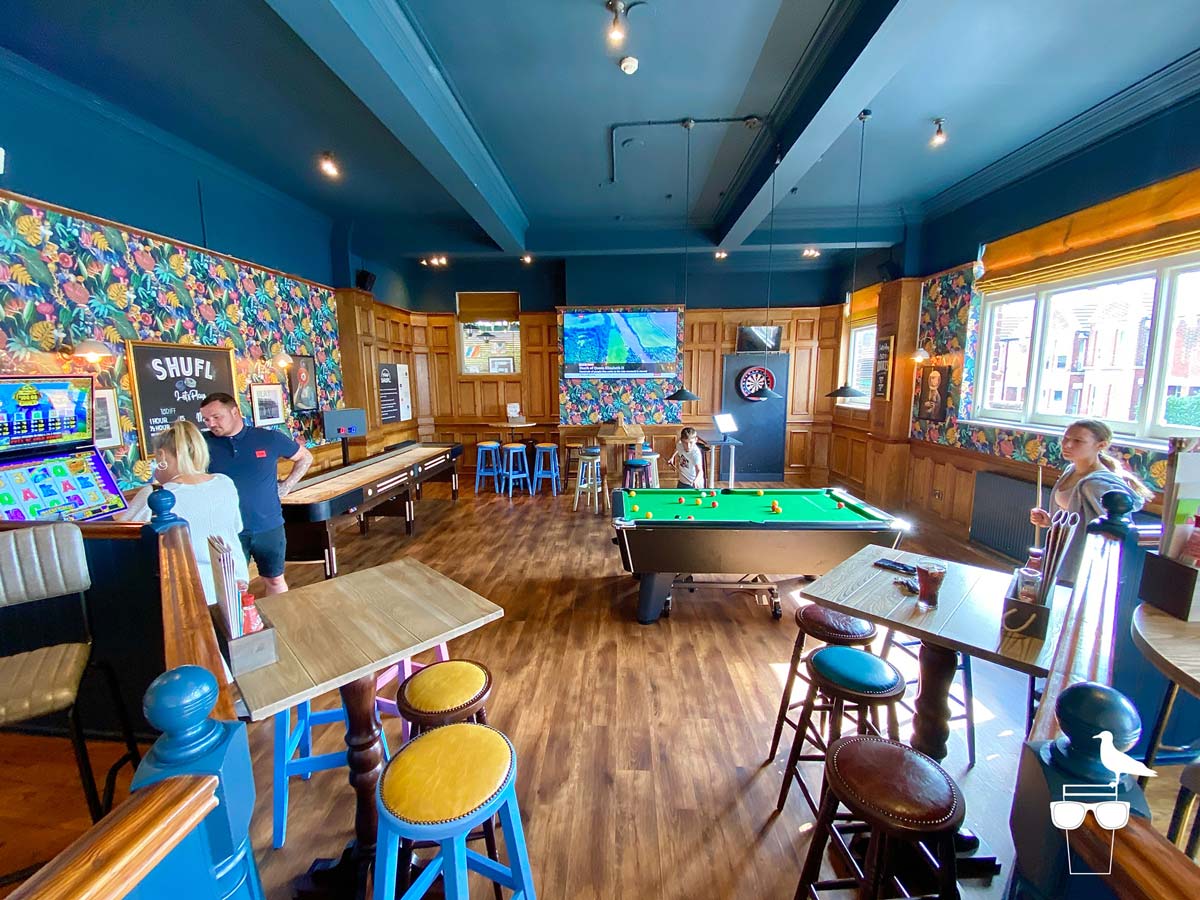 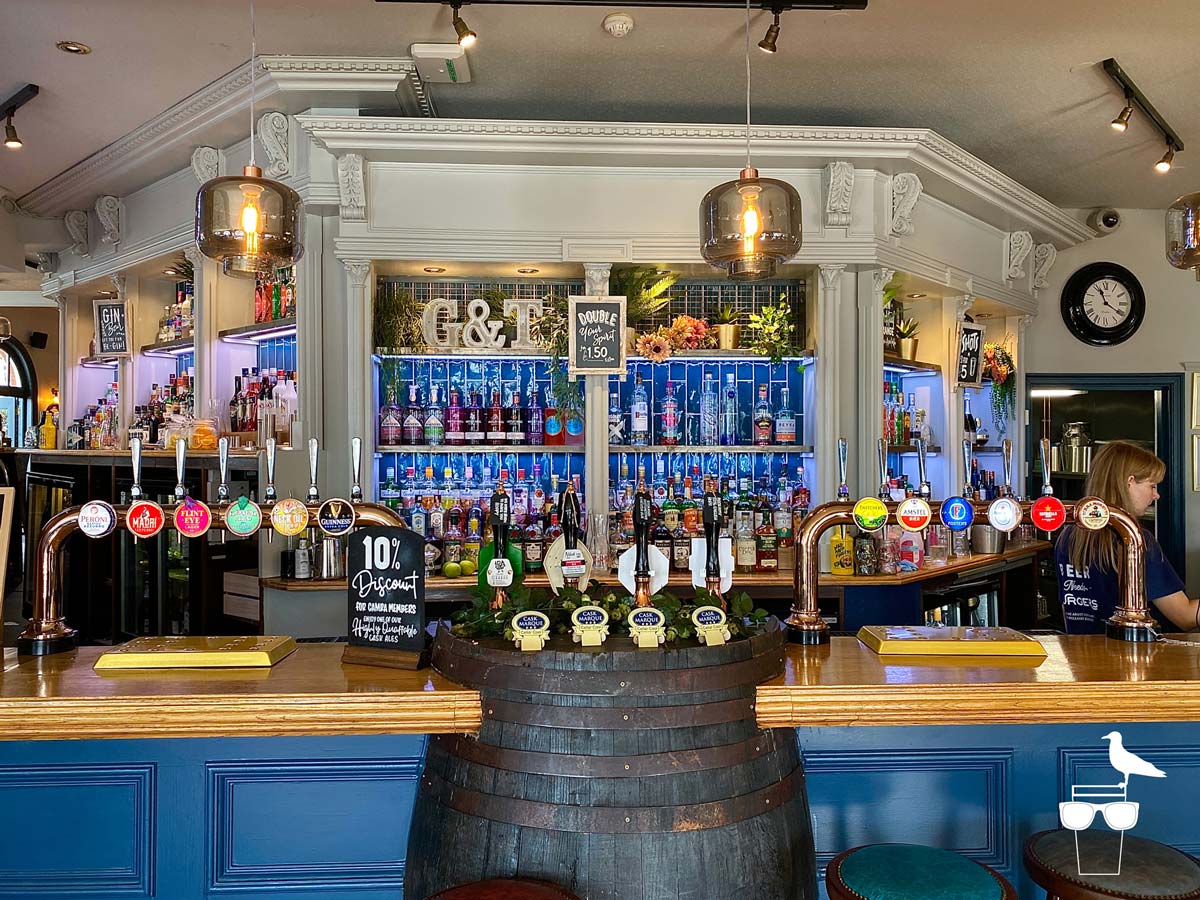 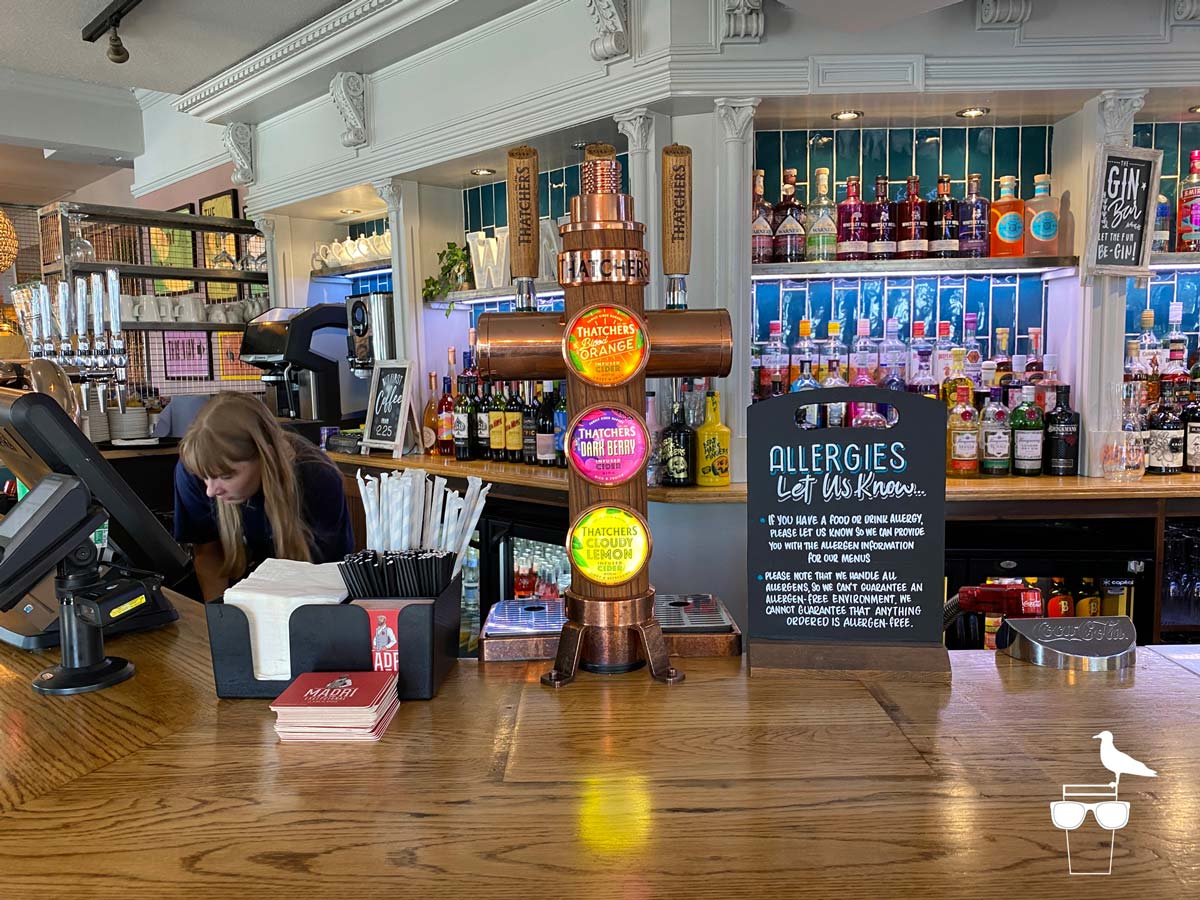 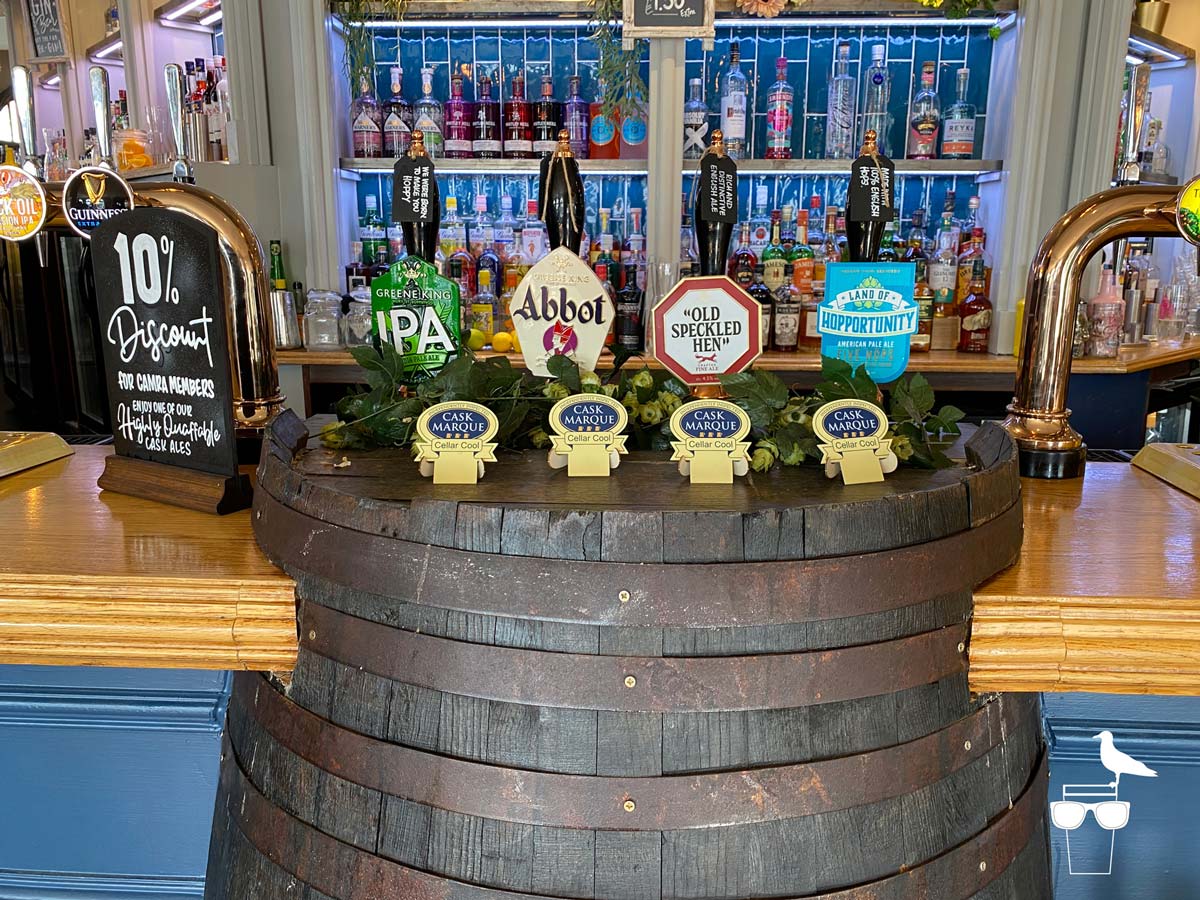 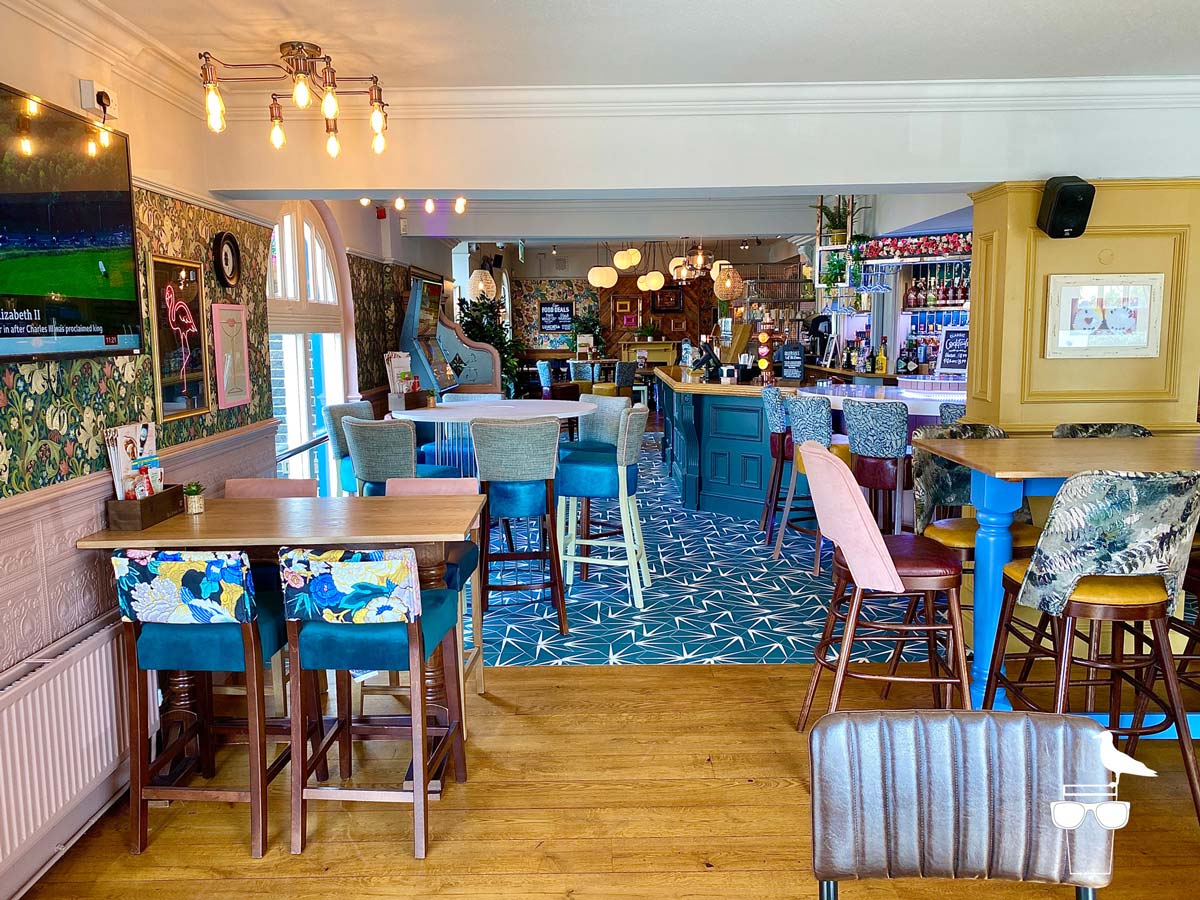 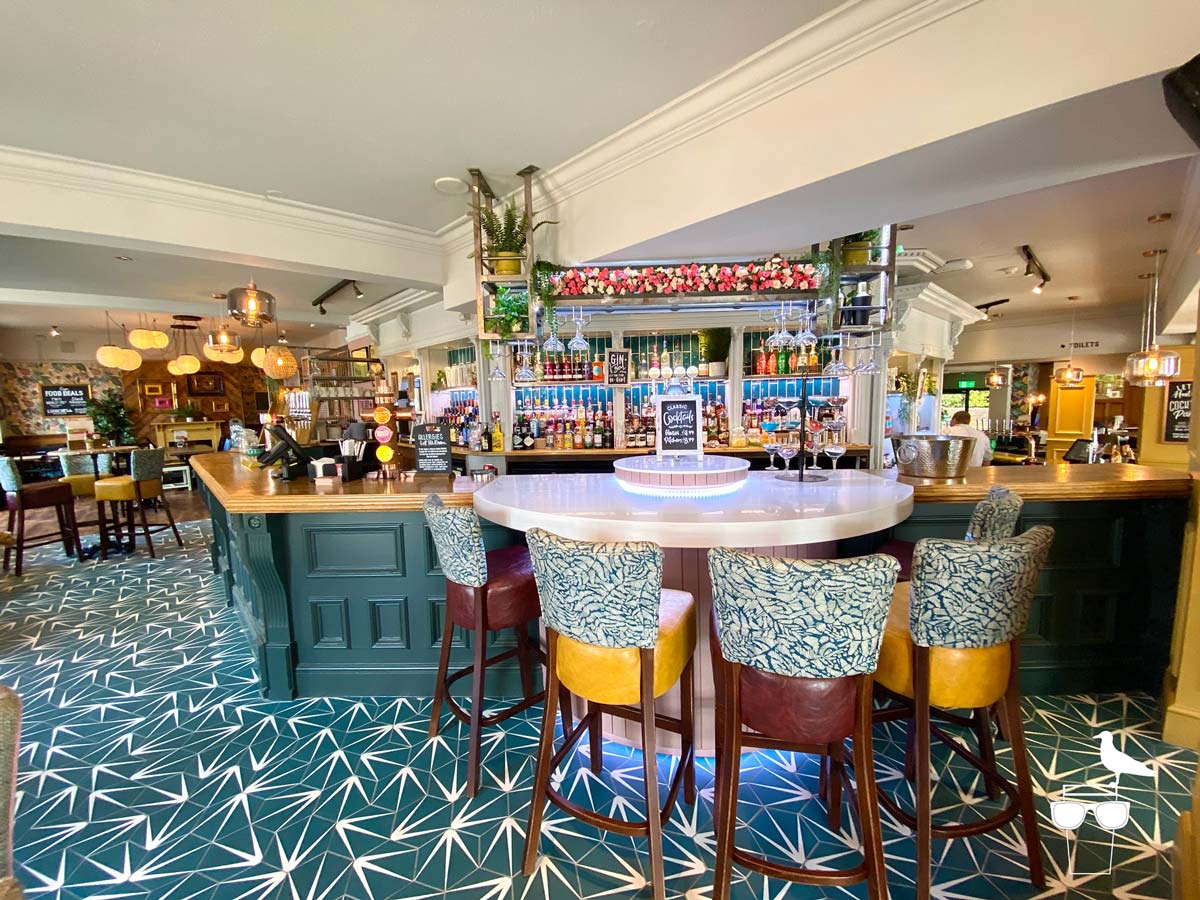 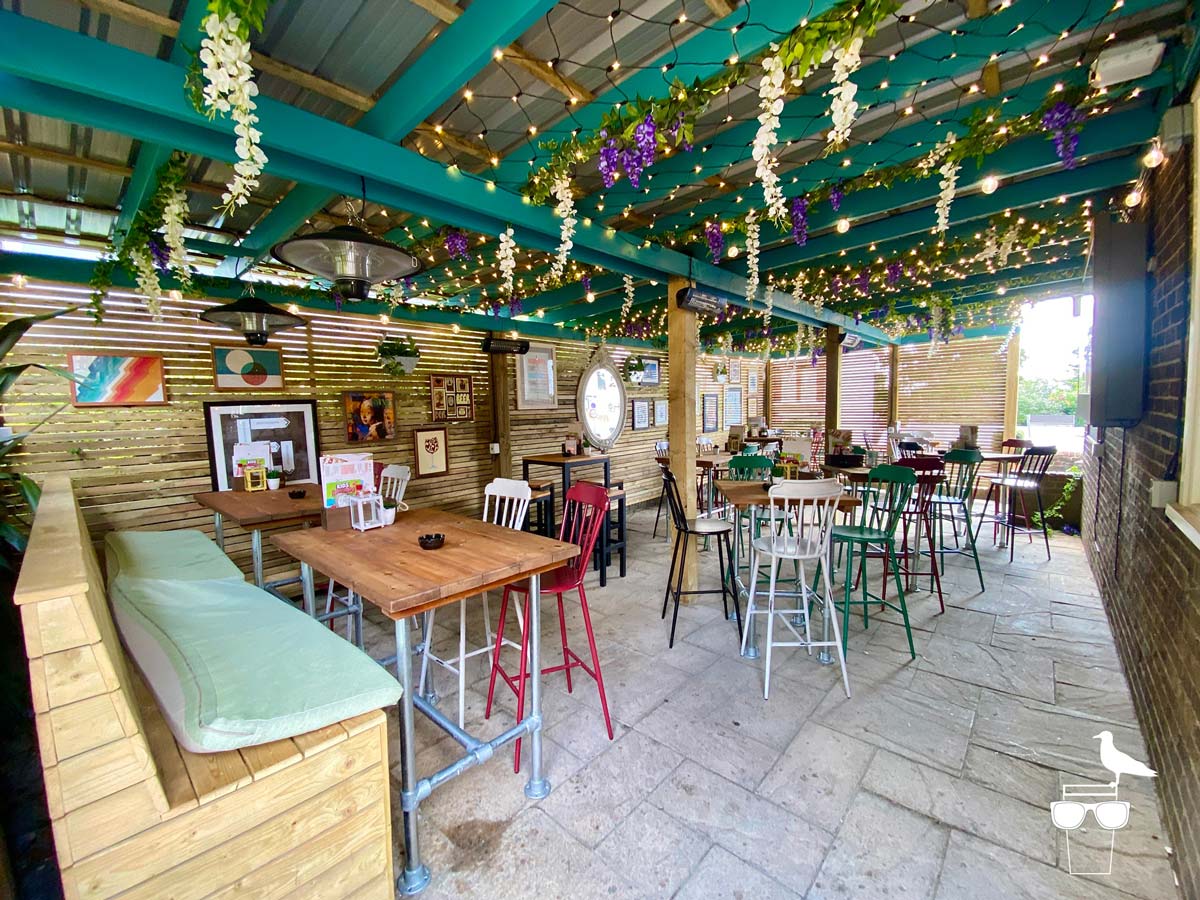 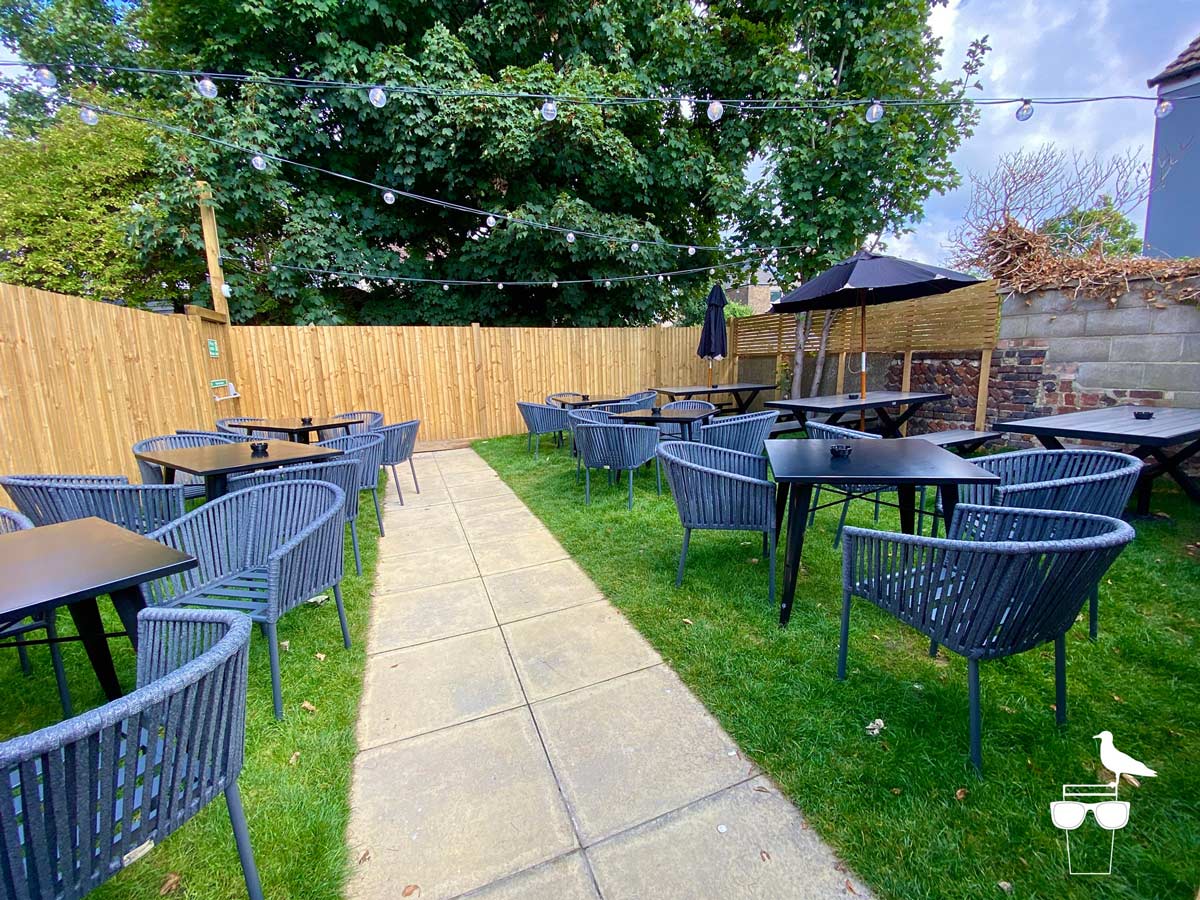 Fiveways Brighton looms large on the corner of the Fiveways intersection, as it has done for many decades. Unsurprisingly it’s vast inside and nowadays is also noticeably more colourful, jazzy and palatable. A post-lockdown top-to-bottom refurbishment has shaken off the last remnants of a rough reputation as a Watneys pub, which at one point housed an off-licence at one end and by all accounts was not a location not for the faint hearted.

No matter which door you enter through, the bar will greet you across a spacious floor. The upper wing of the pub has 3 different sections; a low seating dining space at the far end corner, a higher seated bar area next to a dedicated gin bar which has a touch of exotic glamour to it, then the high seating continues into the corner where there’s a large flat screen TV on the wall. All the furniture looks solid and comfortable, not bought on a budget.

On the lower wing the pub has loads more space, most of it filled with high table and stool seating, then down some steps a games area, complete not only with a scarce Brighton pool table, but a darts board and a long wooden table I can only assume is a shuffle board. There’s a large screen on the wall here as well, so what a perfect place for friends to hang out and watch live sport, as both Sky and BT sports are shown here.

The seating space continues outside, not only are there an array of new benches on the perimeter of the pub, there’s an undercover seating space to the rear which is pretty and contemporary with the use of framed artwork and hanging fairy-lights, and in a little fenced section, there’s yet more seating on a rare patch of grass. It’s great to see grass being inserted rather than paved over in a refurbished pub garden.

On the bar options are vast. There are 4 cask pumps, multiple taps, 3 of which are dedicated to different fruity versions of Thatcher’s cider, plus plenty of gin, wine and other spirits available. Being a Greene King pub their well known cask brands such as Abbot and Speckled Hen should usually be available, they also make a lager, Flint Eye, and a session pale, Level Head, but unoriginally for Brighton, also stock Beavertown’s Neck Oil. Other than that the typical mass produced lagers abound including Madri, which pertains to be Spanish, but I found out recently is mass produced by Molson Coors in Yorkshire and not sold in Spain.

Food options more than plentiful here as well. There’s a main menu packed with options including burgers, grills, pies and other classics alongside small plates and snack. Additionally there’s a brunch menu, a kids menu, a roast menu and a seniors menu, all of which look pretty reasonably priced though I haven’t eaten there yet myself.

There are few pubs in this area of Brighton which can offer as much space and choice as Fiveways Brighton and I have to applaud the refurbishment. It might be a bit forced and hotel loungey, but it has transformed the pub into somewhere that feels incredibly welcoming, colourful and comfortable. It will now appeal to a huge cross-section of potential punters, whether the girls are going out for cocktails, the boys are watching the match, or mums and babies are meeting for afternoon coffees.