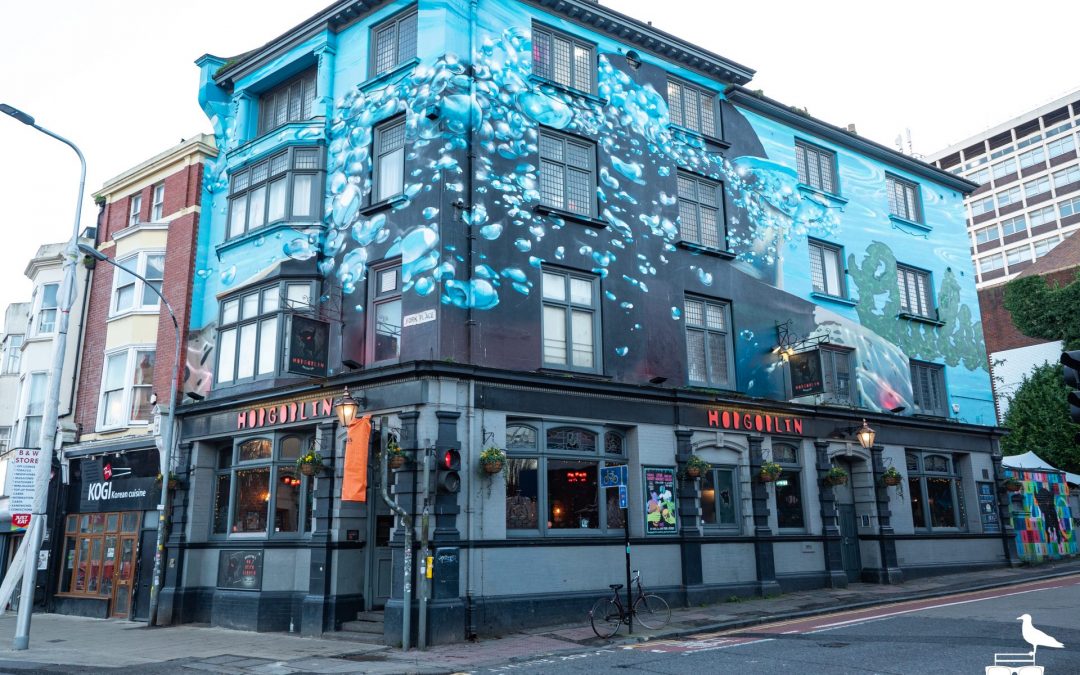 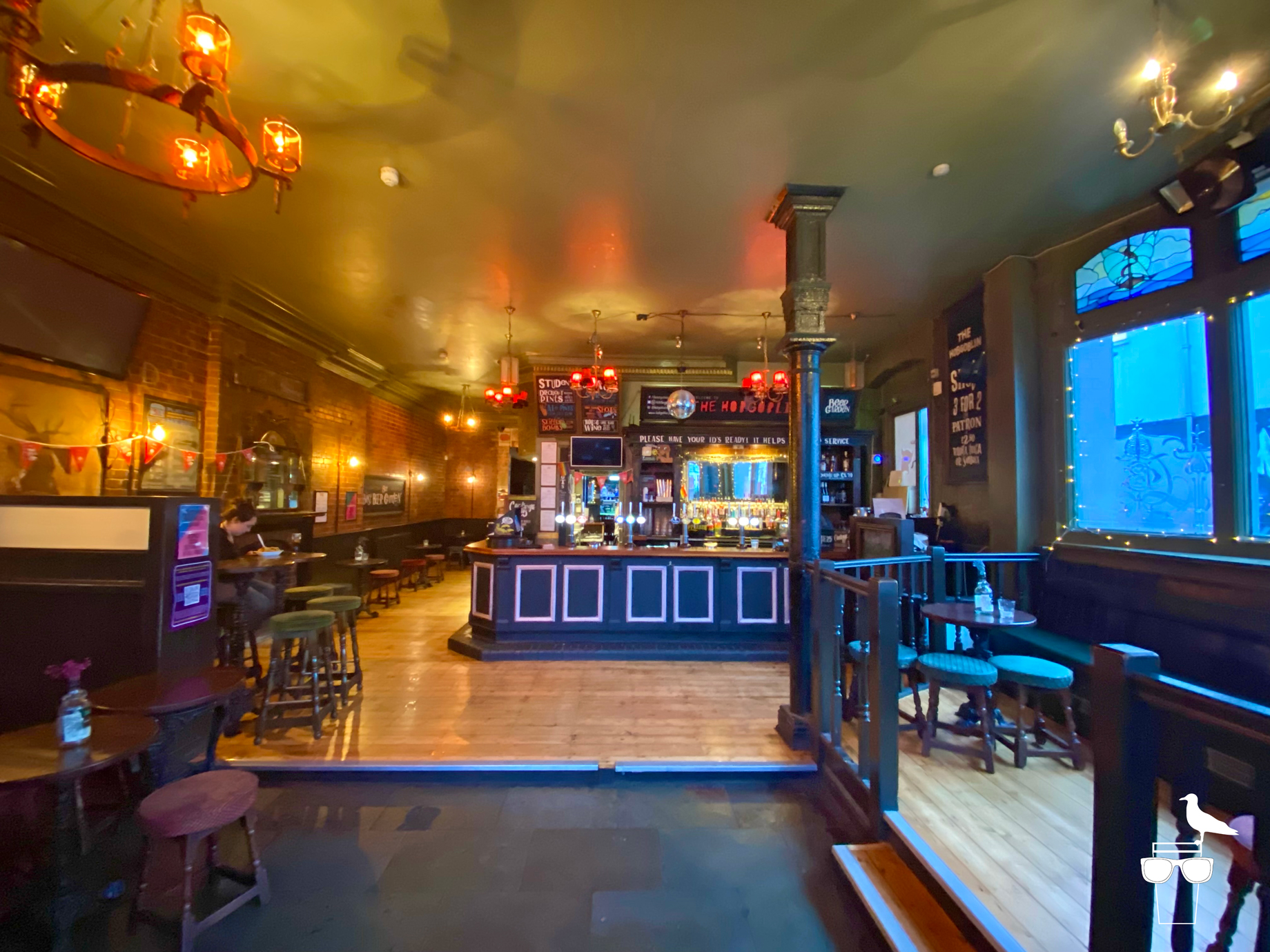 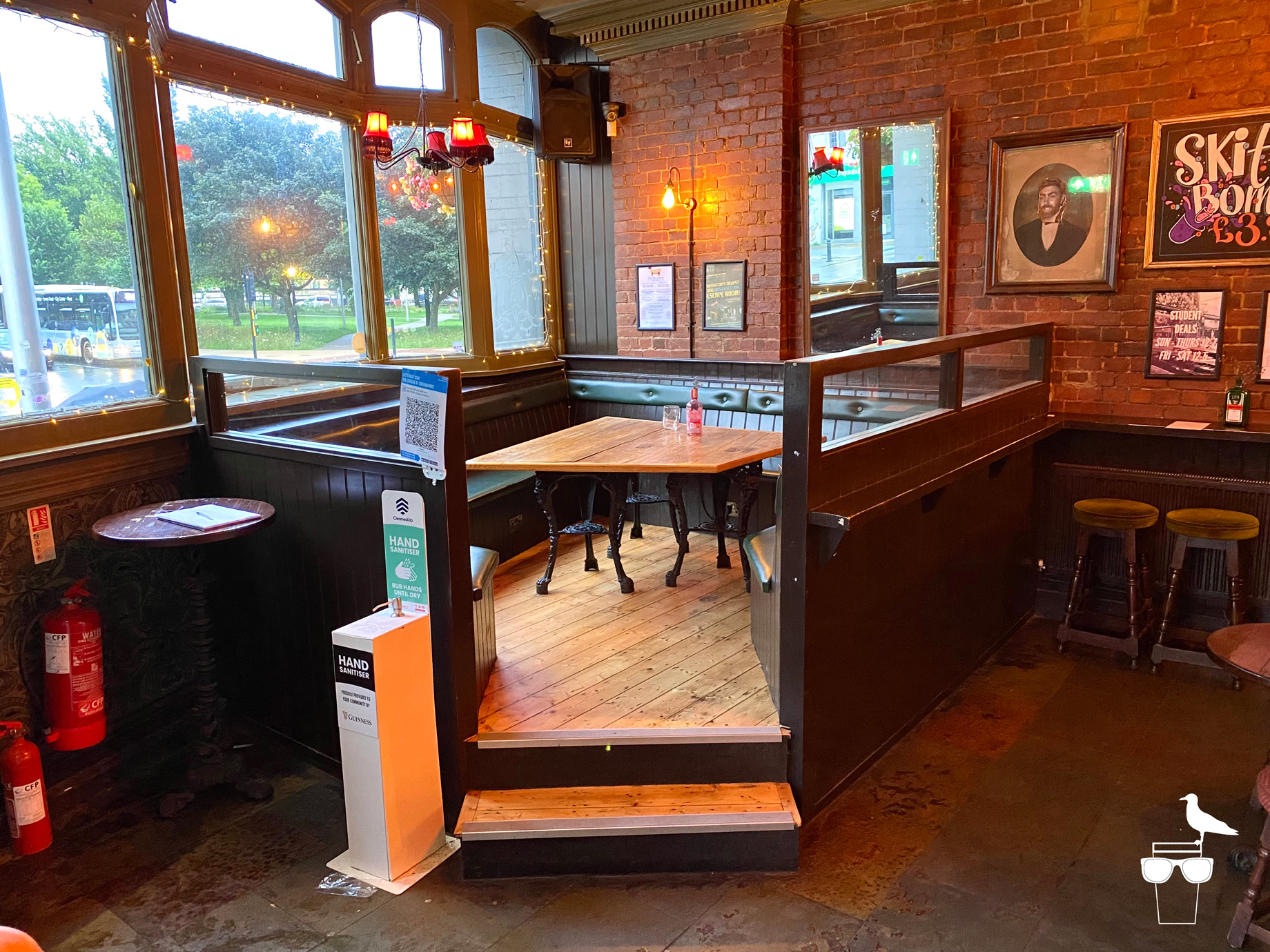 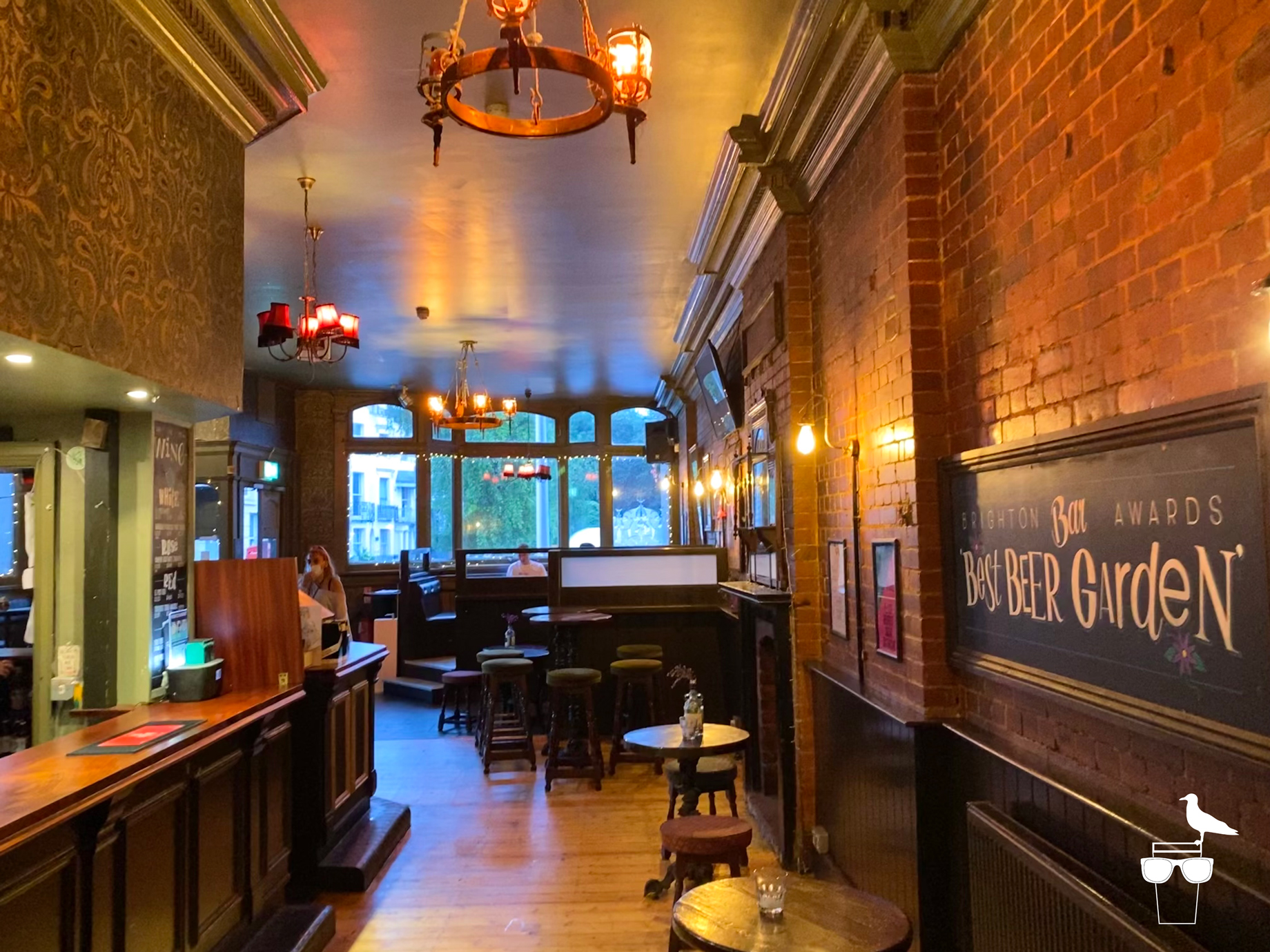 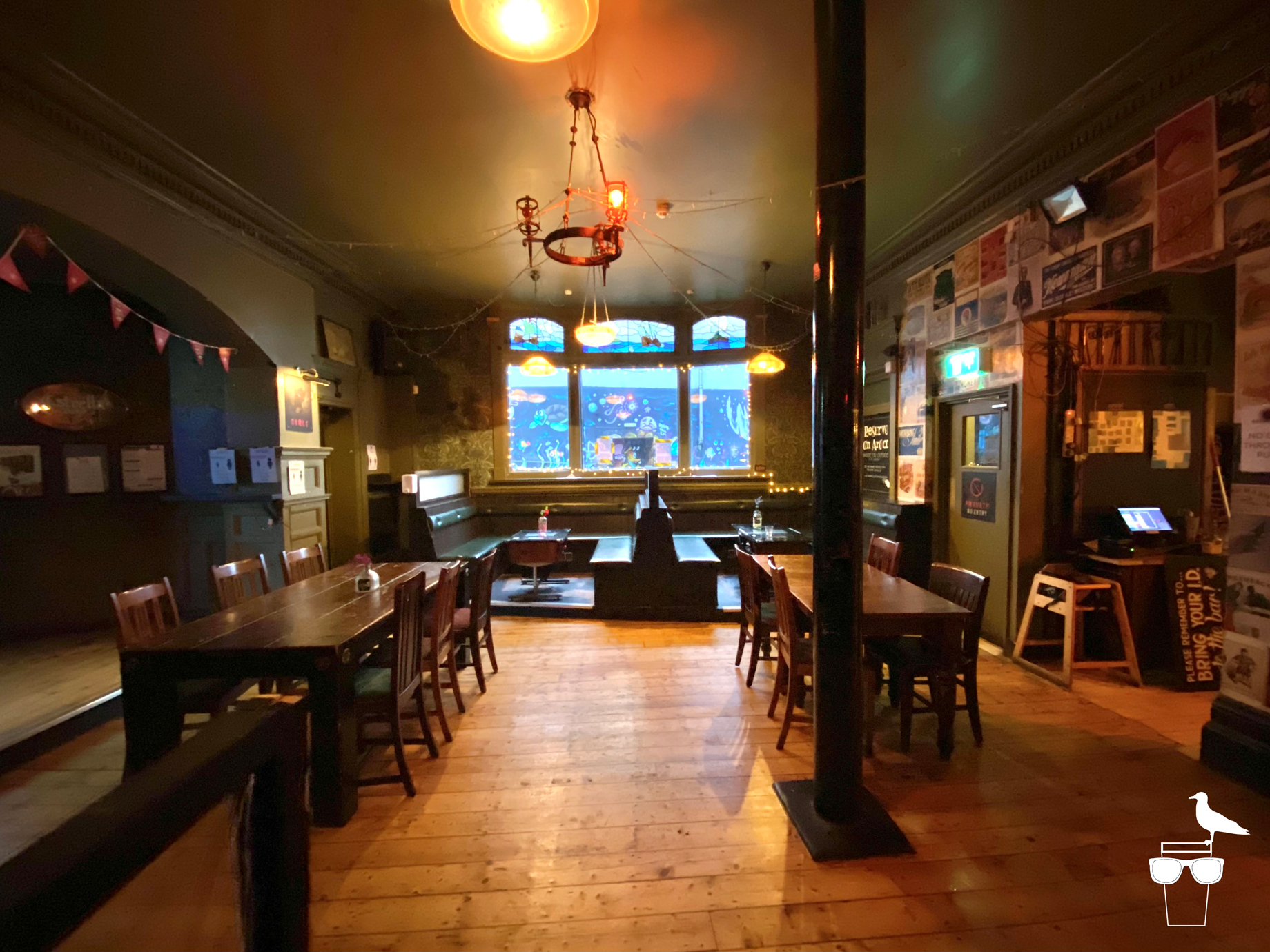 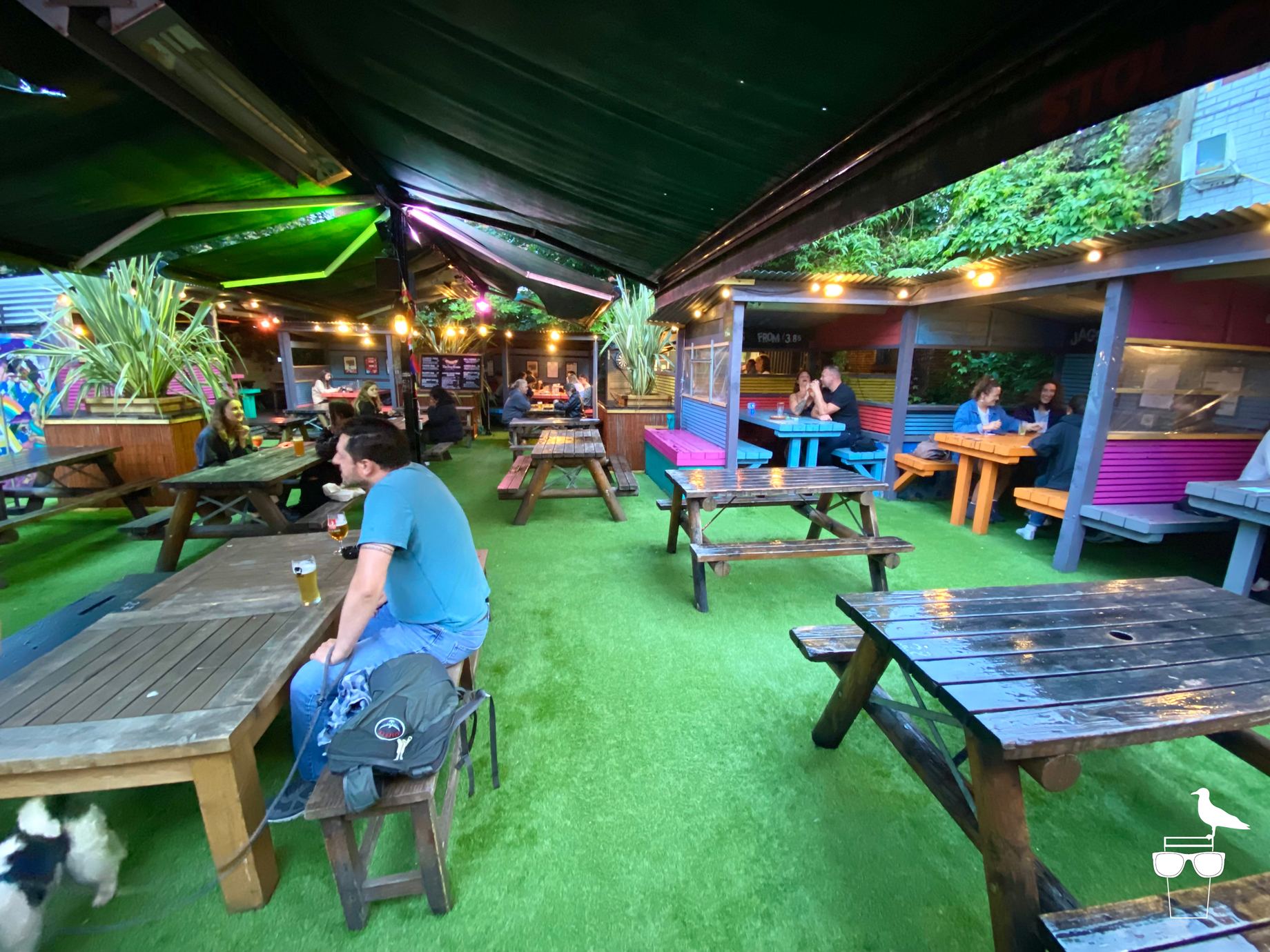 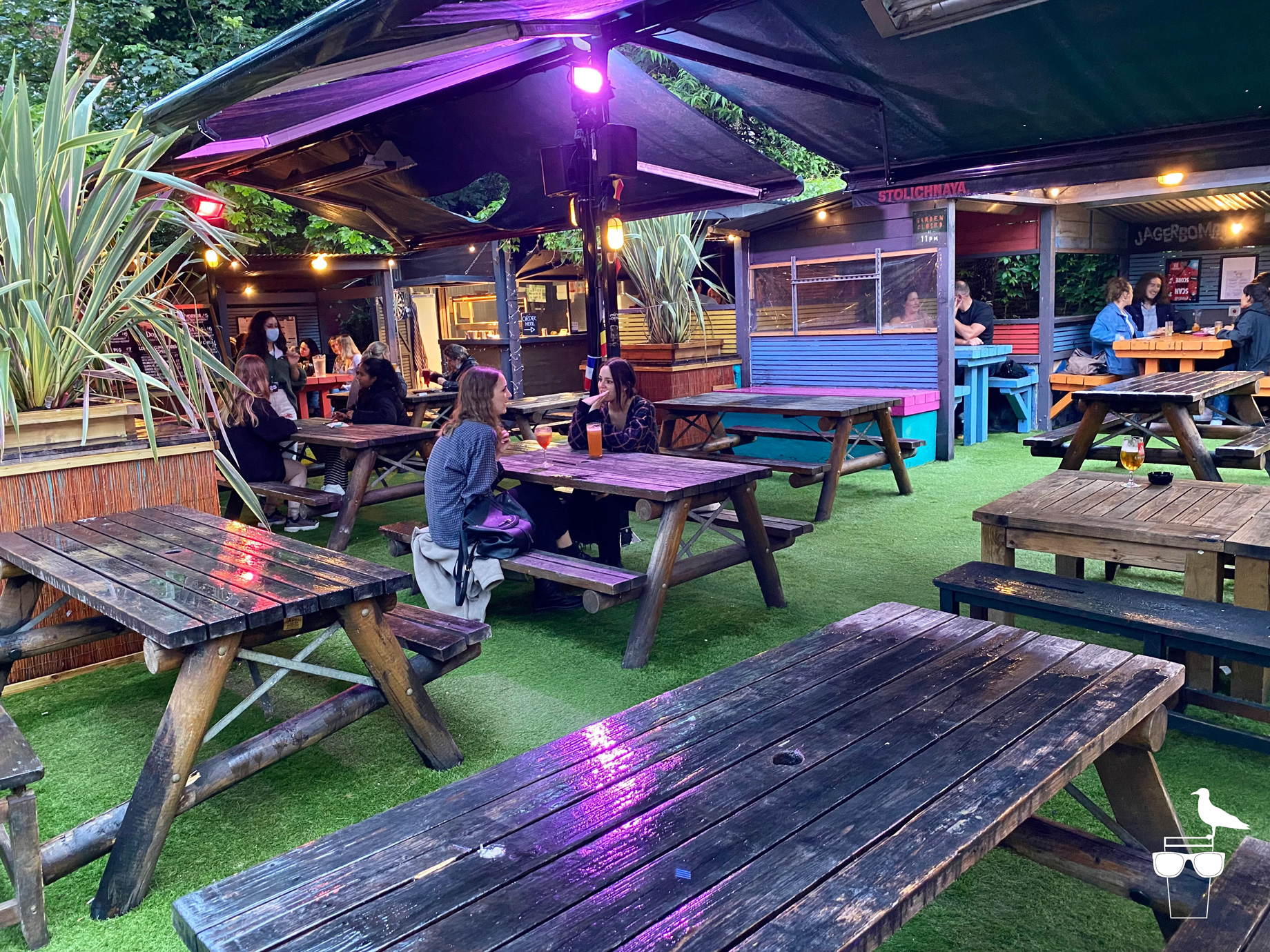 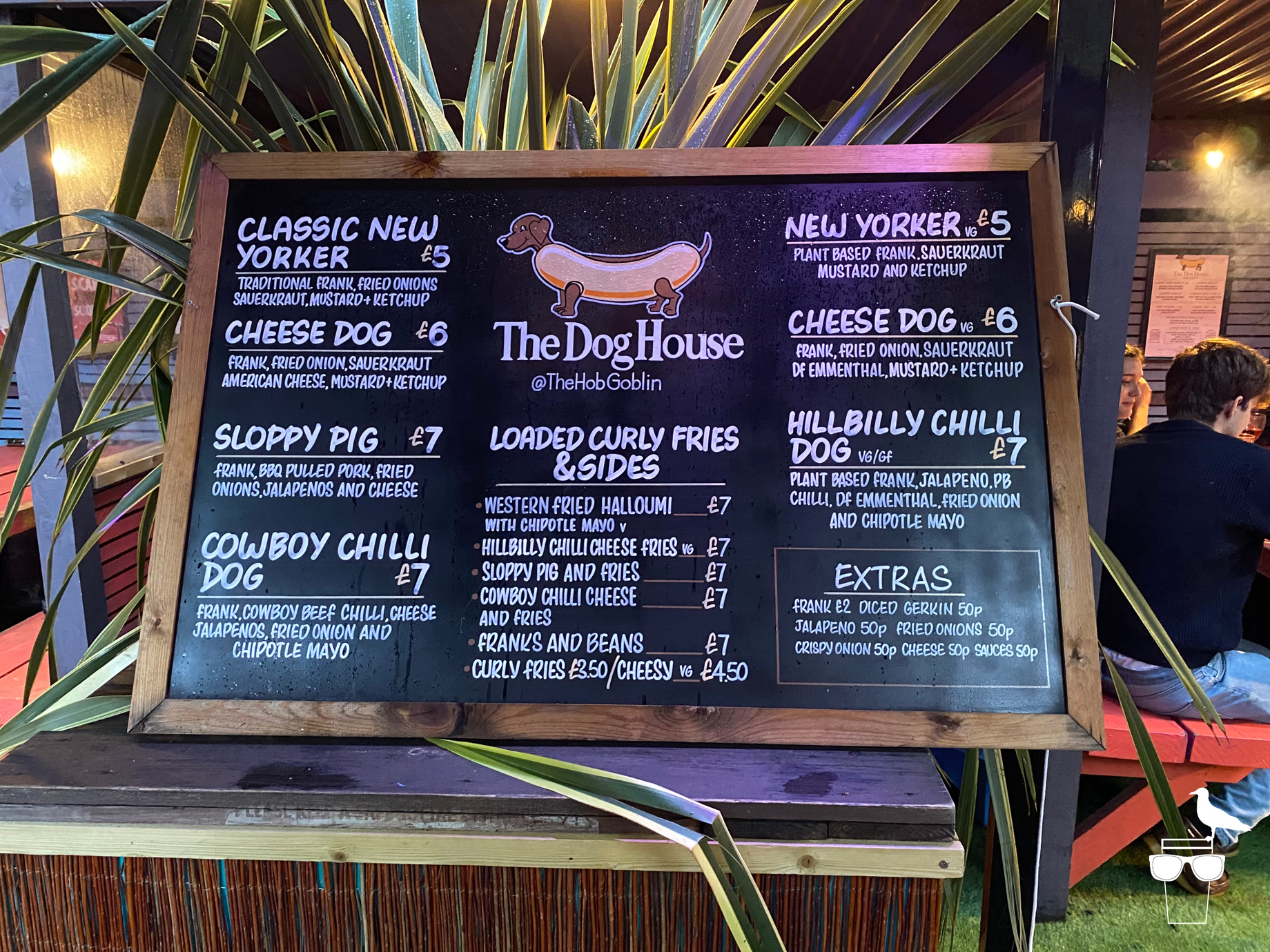 An unsuspecting visitor entering might almost be tricked into thinking that Hobgoblin Brighton is a normal everyday, every person pub.
In the front bar wood clads the floors and lower walls, and then bare brick takes over which is sparingly decorated with a couple of old portraits and mirrors. There’s a really wide standing-room space at the bar, a floor-to-ceiling fireplace to the left, a fantastic large raised seating area by the front window and another tucked-away section of seating to the right in front of the bar. Then you approach and scan for drinks options, where it hits you in big colourful writing: ‘SKITTLE BOMBS’ and ‘STUDENT DRAFT PINTS’.

The beers on offer are weighted towards mass-produced brands – lagers like Pravha, Staropramen (both available on a student deal) and Madrí. ‘Craft’ options include Blue Moon, Neck Oil IPA and Gamma Ray APA, and there’s a rotation tap for local craft beer. But be wary, Indigo pubs do tend to charge top dollar for anything that remotely resembles craft beer.

The back part of Hobgoblin Brighton feels much like the front but it’s set out with various sections of booths against the walls, some with arcade games for tables that make for expensive inanimate furniture, and two long banquet tables in the centre. The seating options for big groups throughout are just fantastic, and the atmosphere and lighting is actually really soft, subtle and comfortable considering this is a student-aimed pub.

Then you enter the neon jungle that is the back garden… It’s immense for a city centre pub, there must be 12 or 13 tables of various sizes, painted an assortment of bright primary colours and laid out across a massive astroturfed space. Many of these are in their own heated booths, and those that aren’t are mostly covered by retractable rain covers. The garden also plays host to some insane garden parties according to their socials pages.

The current kitchen in residence at Hobgoblin Brighton is The Dog House, and serves up hotdogs (no prizes for that guess) along with loaded curly fries. Almost everything on the menu can be switched for veggie/vegan and they offer a mid-week lunch deal.