It’s safe to say that we like beer. In fact we like beer so much that we started our own brewery and it’s an employment requirement that everyone who joins our team is also passionate about beer…Beer and laughs. Not bullshit.

Our take on Downlands Brewery…

If you spend any time looking into Downlands and especially when speaking to their head brewer, Widi, what comes across is that all that matters is making good beer, but only if you’re having fun doing it. Everything else, as they succinctly put it, is bullshit.

This attitude is demonstrated with liberal tounge-in-cheek freedom, and once you know what to look for there are little clues everywhere; humourous and clever beer names, hidden messages in the pump clips and the fact the URL for their keg beer is /evil_fizzy_keg_beer/.

They’ve nailed a trad range of best, pale and amber ale and also go off piste with seasonals and incredible one off’s. Their more recent keg brews are now well up there with some of Sussex’s modern brewer brands.

Downlands Brewery don’t sell direct to consumers so you’ll only find their beer across Sussex’s pubs. This has helped Downlands perfect their beers in close consulation with publicans about what has worked on the bar, while also staying creative and trusting their own instincts.

Downlands are a small brewer regionally, and while they might be a bit under most people’s radars, you can trust that this is simply due to choice and not because their beers aren’t worthy of a larger audience.

A bit of history…

How local are they? 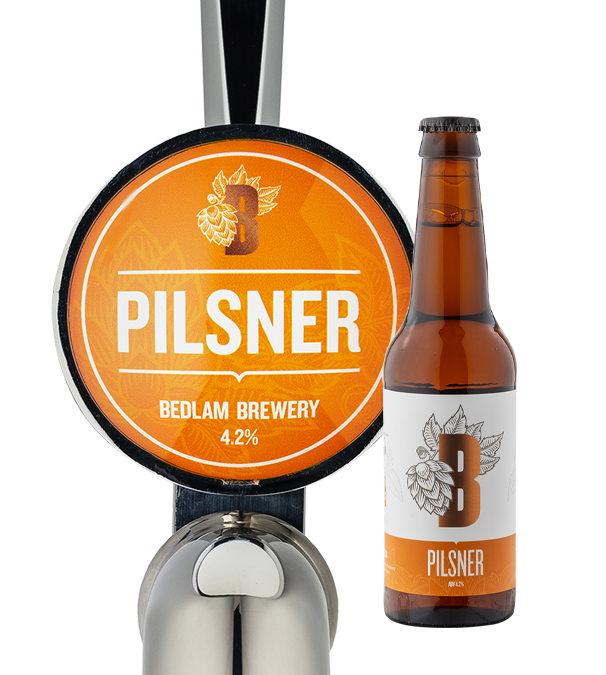 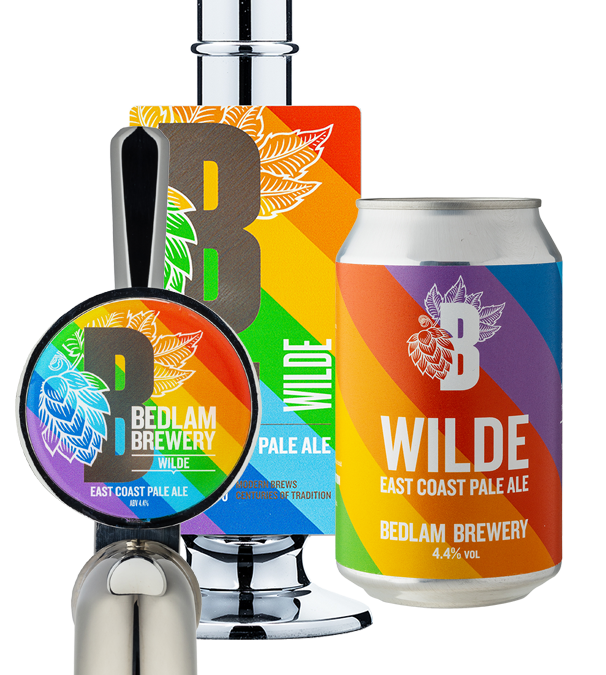 It’s safe to say that we like beer. In fact we like beer so much that we started our own brewery and it’s an employment requirement that everyone who joins our team is also passionate about beer…Beer and laughs. Not bullshit.

Our take on Bedlam Brewery…

At first glimpse Bedlam Brewery might be mistaken as classic, but are showing they can straddle the traditional and modern markets and appeal to a wide range of drinkers, young and old. Whilst they are strong on the traditional, such as their Benchmark Bitter, they can innovate and put out great left-field beers like Brou HaHa on keg and in can, and their best selling beer is currently their Pilsner in keg.

The character of their beers is soft, subtle and really moreish. None of the beers are over hopped and many have a toasted malt body, finishing with a little caramel. It’s not about blowing your head off and abvs hover between 4-5% which allows for long-term sessionable enjoyment.

The ecology and environment is really important to the values of Bedlam; the Brewery is solar powered, they have been zero-plastics from day one, they recycle the spent grain to cattle on the farm within hours of the brew as well as compost the hops, they were Awarded City Angel status by Brighton Pride and the Turtle Recall beer has raised upwards of £4500 for sanctuaries. In the future they are looking at contributing to tree welfare in Brighton.

Bedlam are a reliable brewery with a community focus and clear ambition, growing quickly from humble beginnings to an organisation that can legitimately put bigger Sussex Breweries in their crosshairs.

A bit of history…

In 2012 Bedlam was initially started by a group of friends, lead by Nick Cooper, over a game of tennis. The idea was nothing more planned out than a bit of fun producing beer for themselves while making use of a spare outbuilding on Nick’s farm. (Word has it that the beers were pretty average back then..)

They never intended the brewery to be a commercial venture but the brewing developed part-time over the years until about 3 years ago the brewery embarked on a path of commercialisation.

Bedlam has a memorable, bold brand and marketable image, which puts them in the premium brewery category.  Danny Hoskins came on board as Sales & Marketing Director bringing his sector branding knowledge and success with him.  In 2019 Bedlam took up residence in a new brewing facility.

Recent arrivals on keg and can, such as Turtle Recall, Brou HaHa and the Solar Lager have seen them enter more bars and get onto more modern drinkers’ radars, selling beyond expectations. They may not be experimenting with DDHs or sours, but we think you can expect lots more invention from them in the coming years.

In terms of volume output, Bedlam Brewery have gone from being top 30 to top 6 in a few short years, and now have the ambition to be the number 2 Sussex brewer, 2nd only to giants Harvey’s.

How local are they?

Bedlam Brewery is located just north of the Downs in Plumpton and their beers can be reliably found in many pubs locally such as;

The Bull in Ditchling, Bedlam’s ‘Taphouse’, where they always stock Benchmark, Pilsner, Pale and Wilde on the bar.
The Greys: who always have a combination of Solar Lager, Pilsner, Phoenix and Benchmark.

You can also find different beers on the bar or in fridges at places in Brighton:
The Old Ship Hotel, The Grand Hotel, Hotel Pelirocco, Stock Burger, The Walrus, The Open House, The Signalman, The Village.
and in Hove:
The Westbourne and The Better Half.

Like many other people we’re very fond of their 4.2% Pilsner. Created by their original in-house German Brewer to a strictly German recipe, the beer starts crisp and light as a lager should then becomes more complex as tastes of toasted malts and hops combine, leaving a rich caramel finish that is immensely addictive.

Another beer that has grown on us is their Wilde East Coast Pale at a light and sessionable 4.4%.  A refreshing, tropical fruit salad of a beer that isn’t in your face but really hits the spot before finishing clean, dry and not too sweet. If the brewery could make a boiled sweet of this we’re sure it would be a hit. 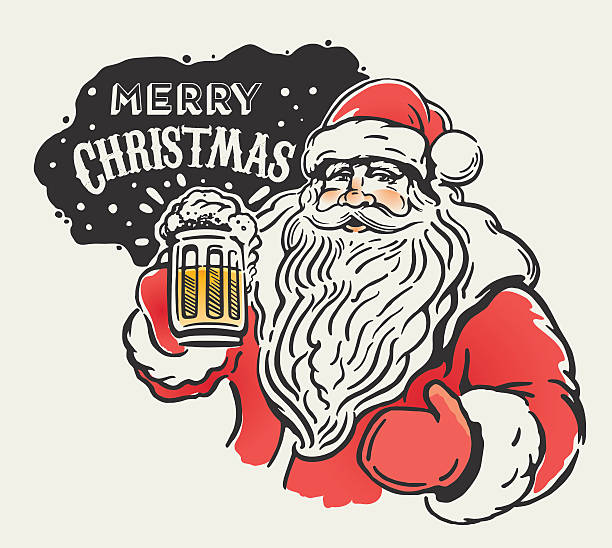 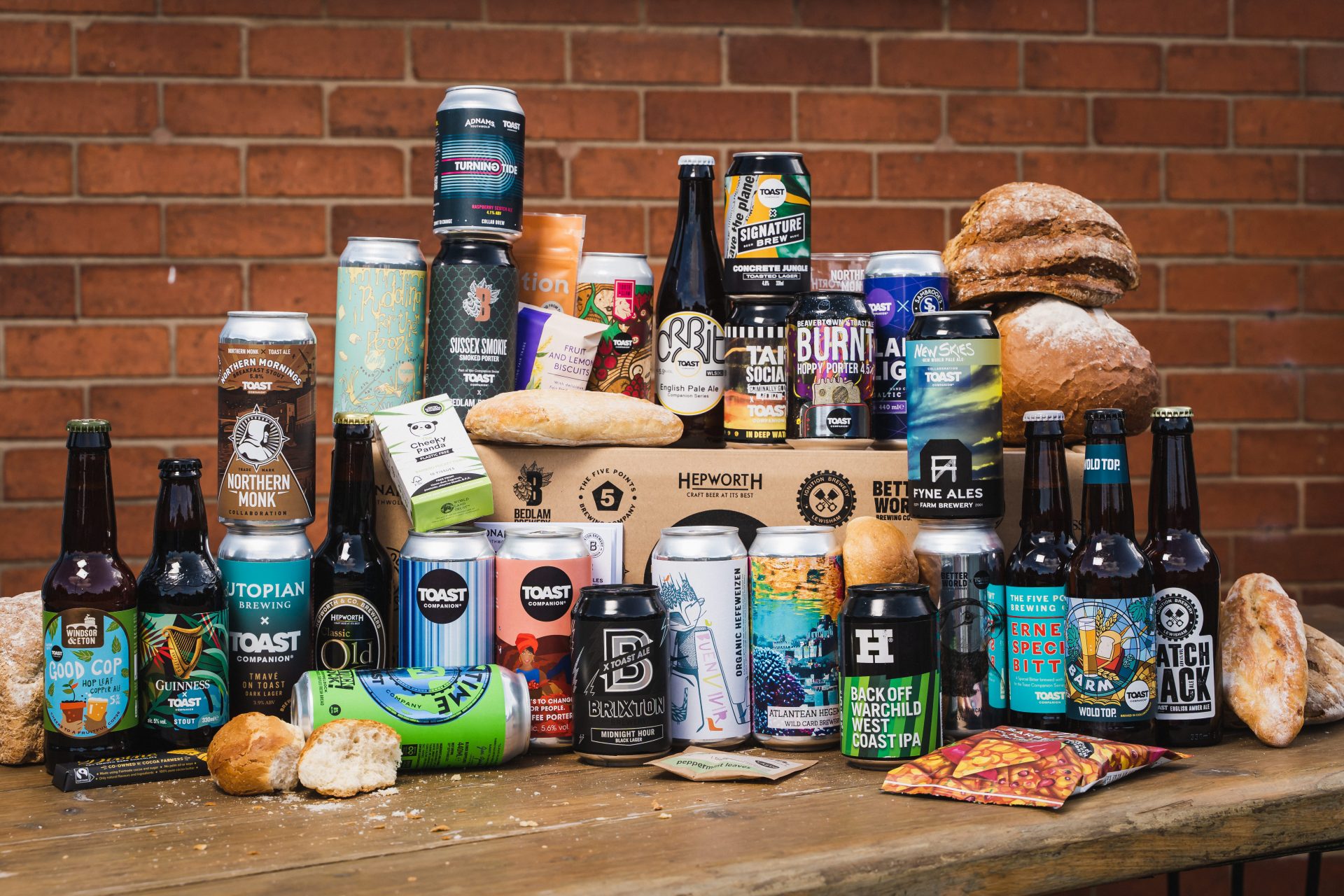 TOAST to change ahead of COP26

A coalition of 25 breweries, including Sussex's Bedlam and Hepworth, call on world leaders to respond to climate crisis ahead of COP26 END_OF_DOCUMENT_TOKEN_TO_BE_REPLACED