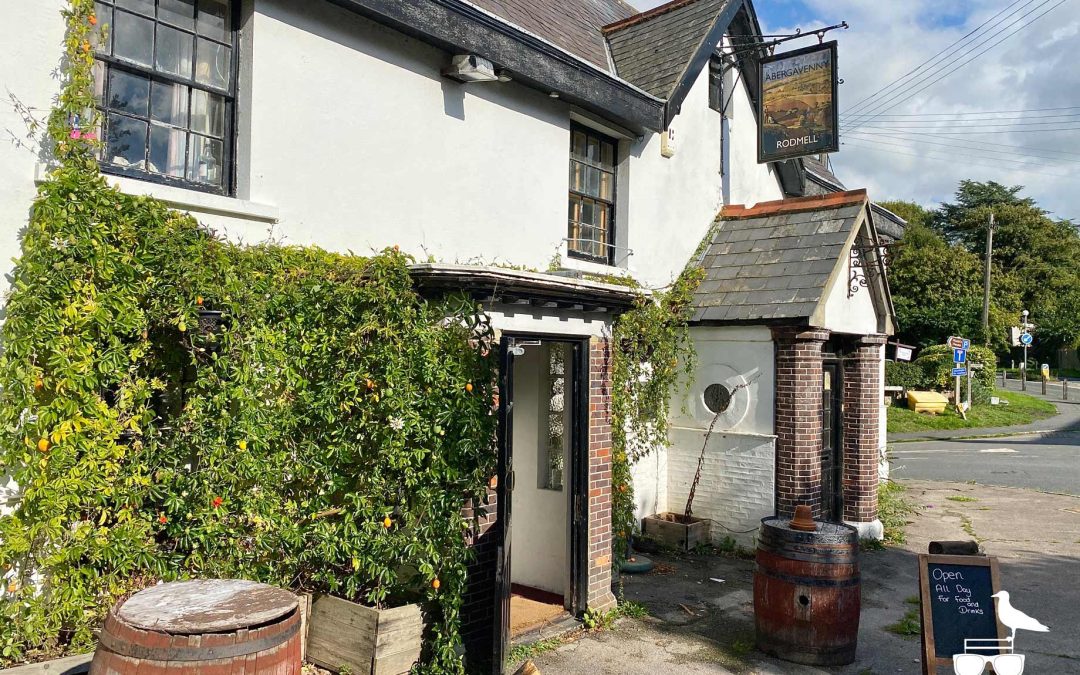 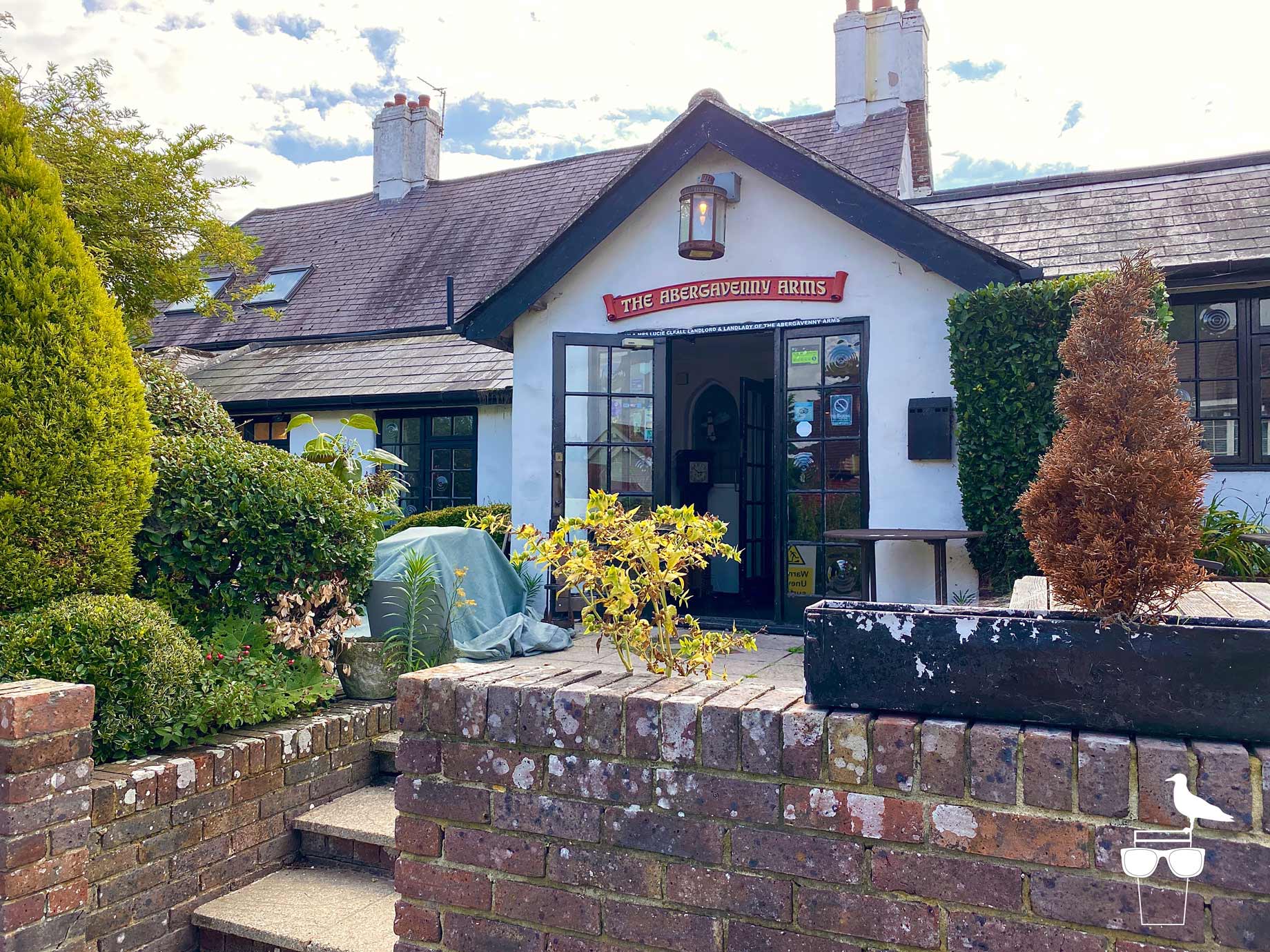 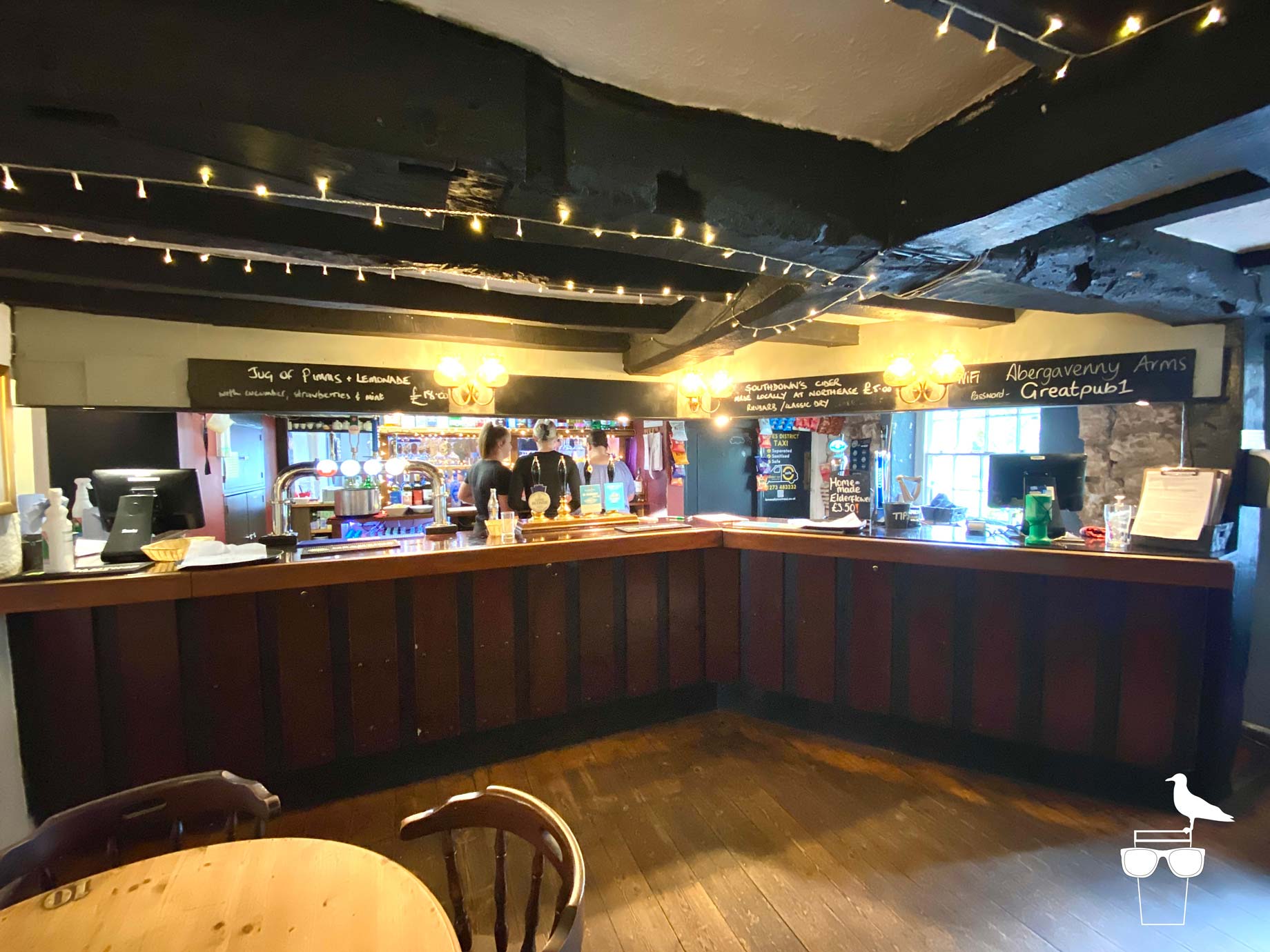 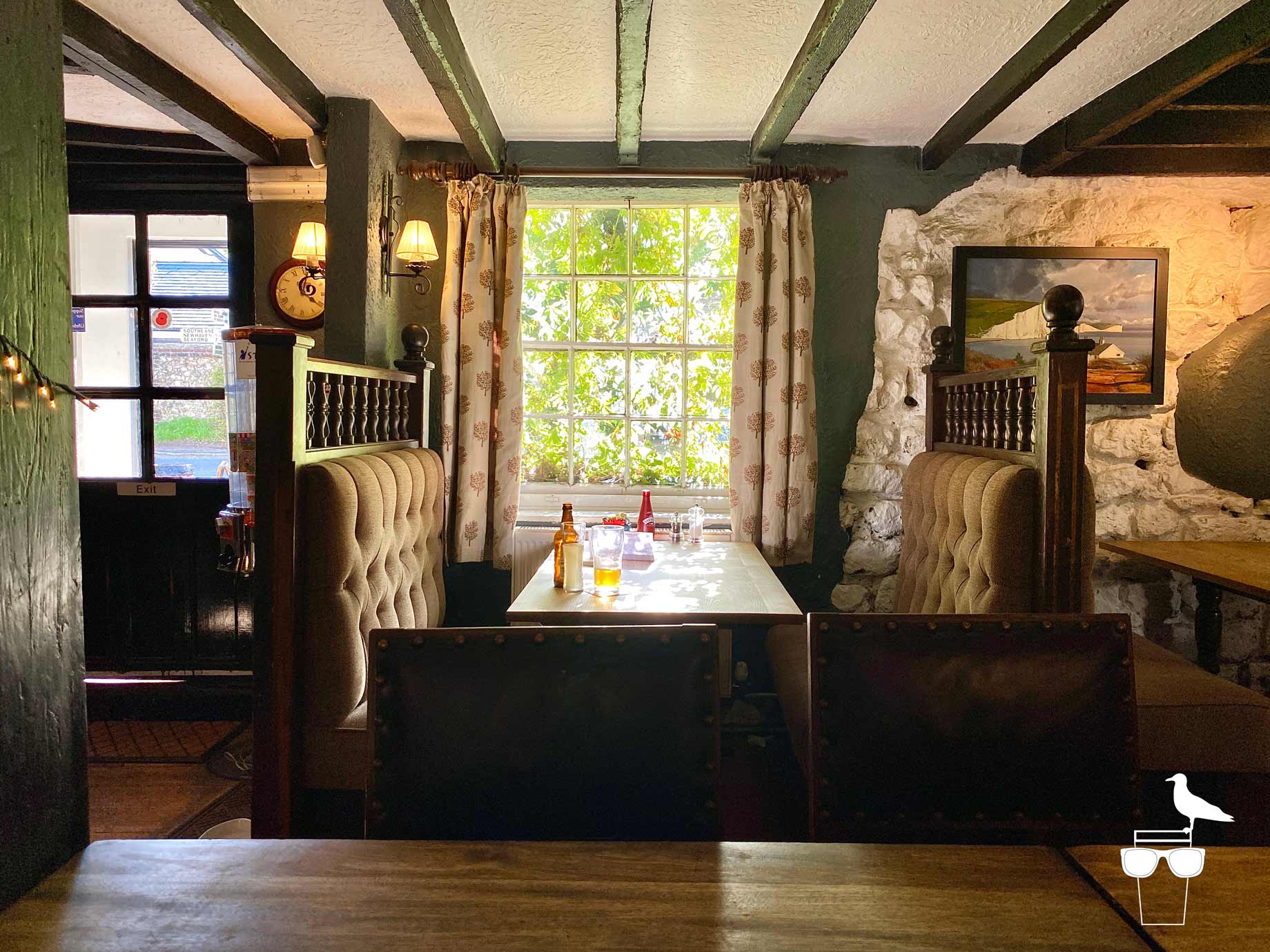 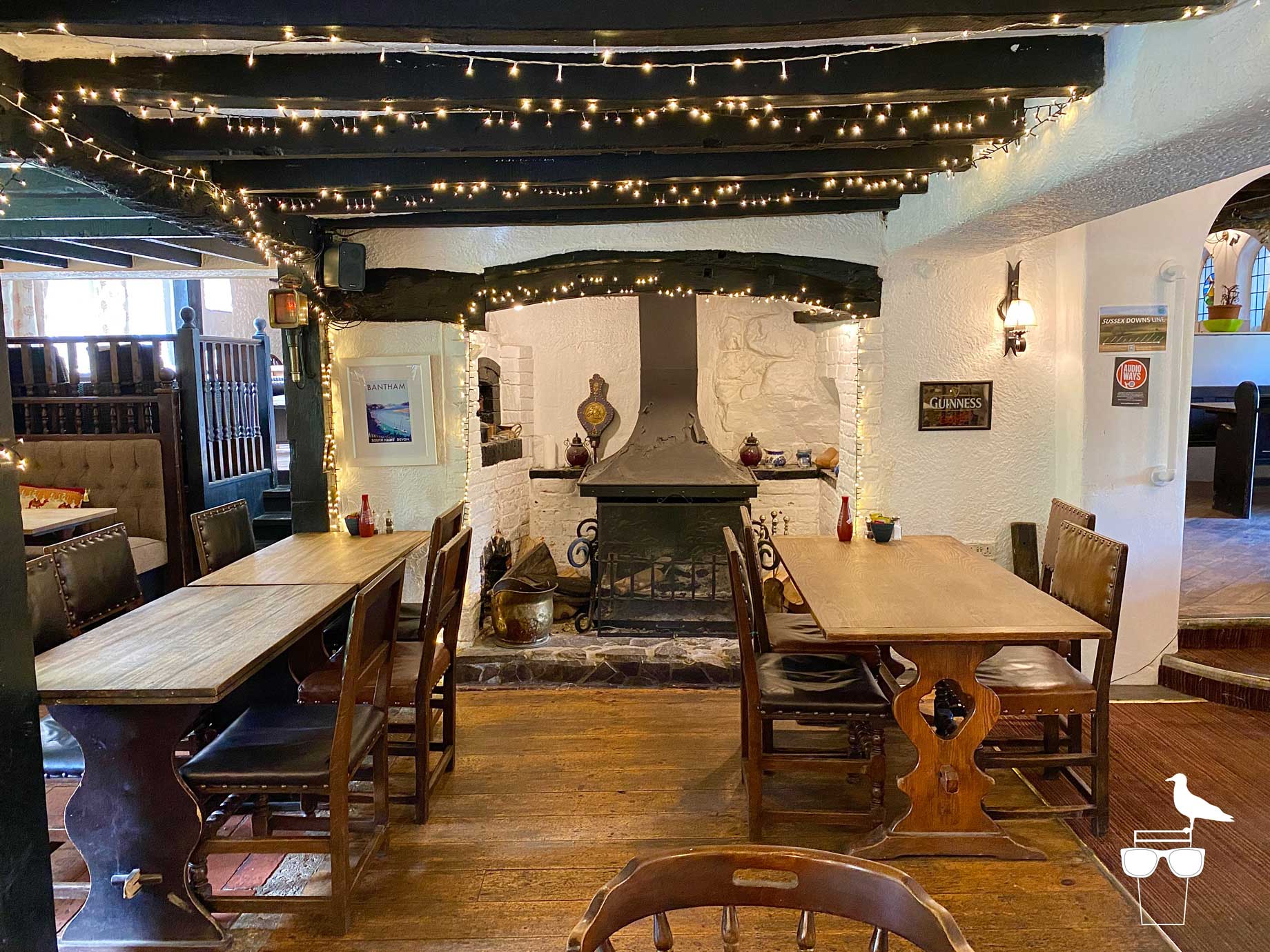 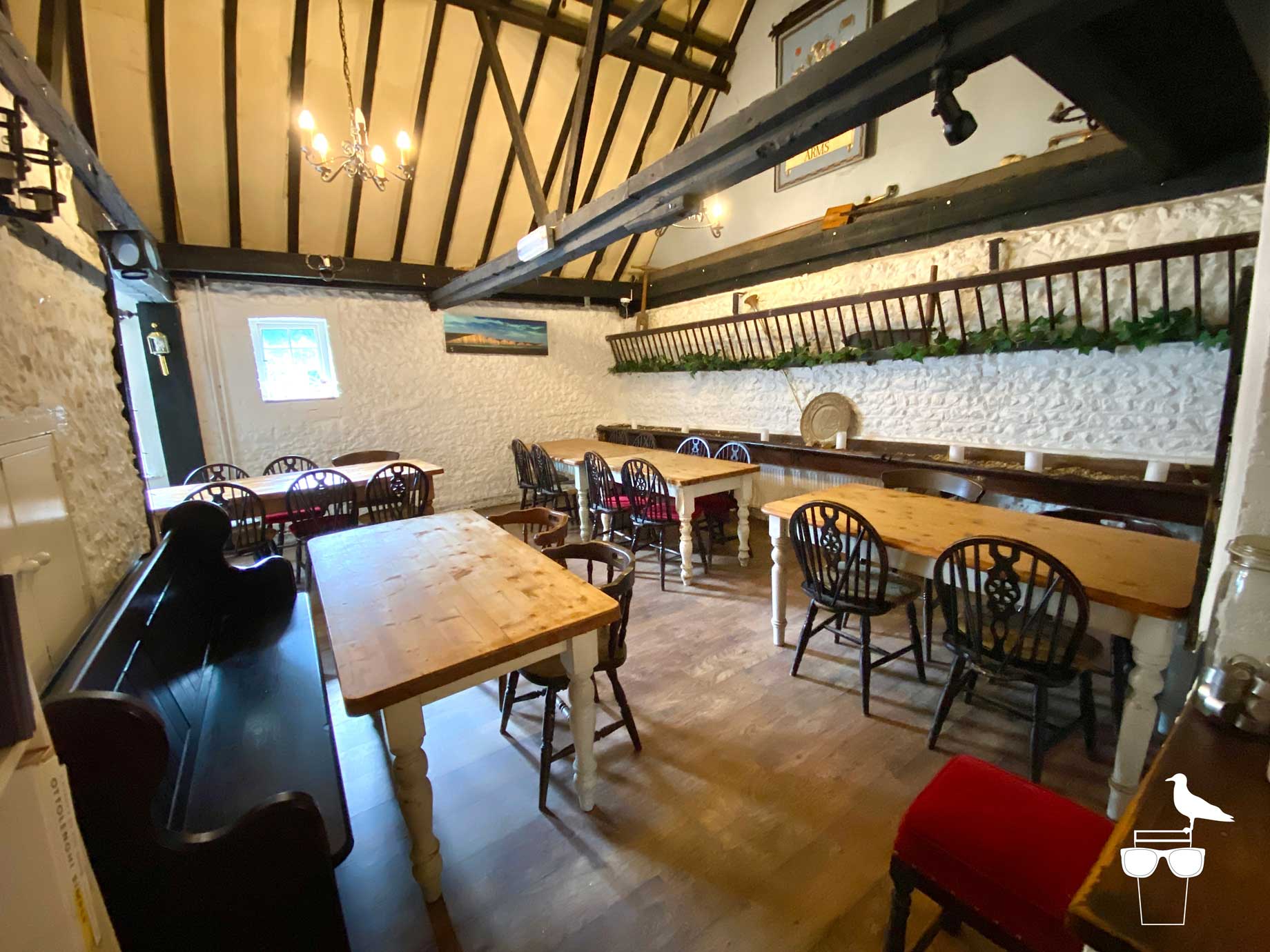 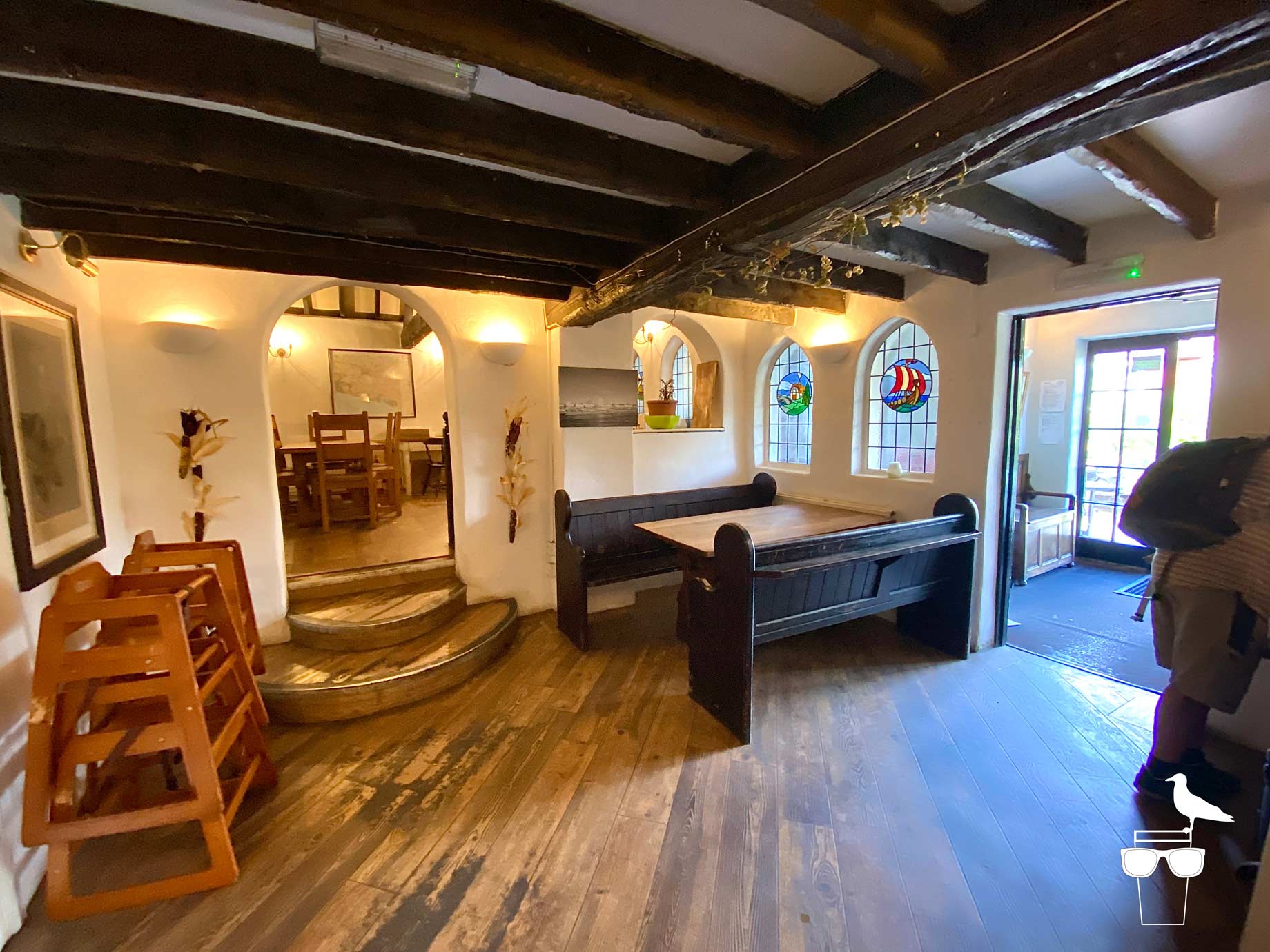 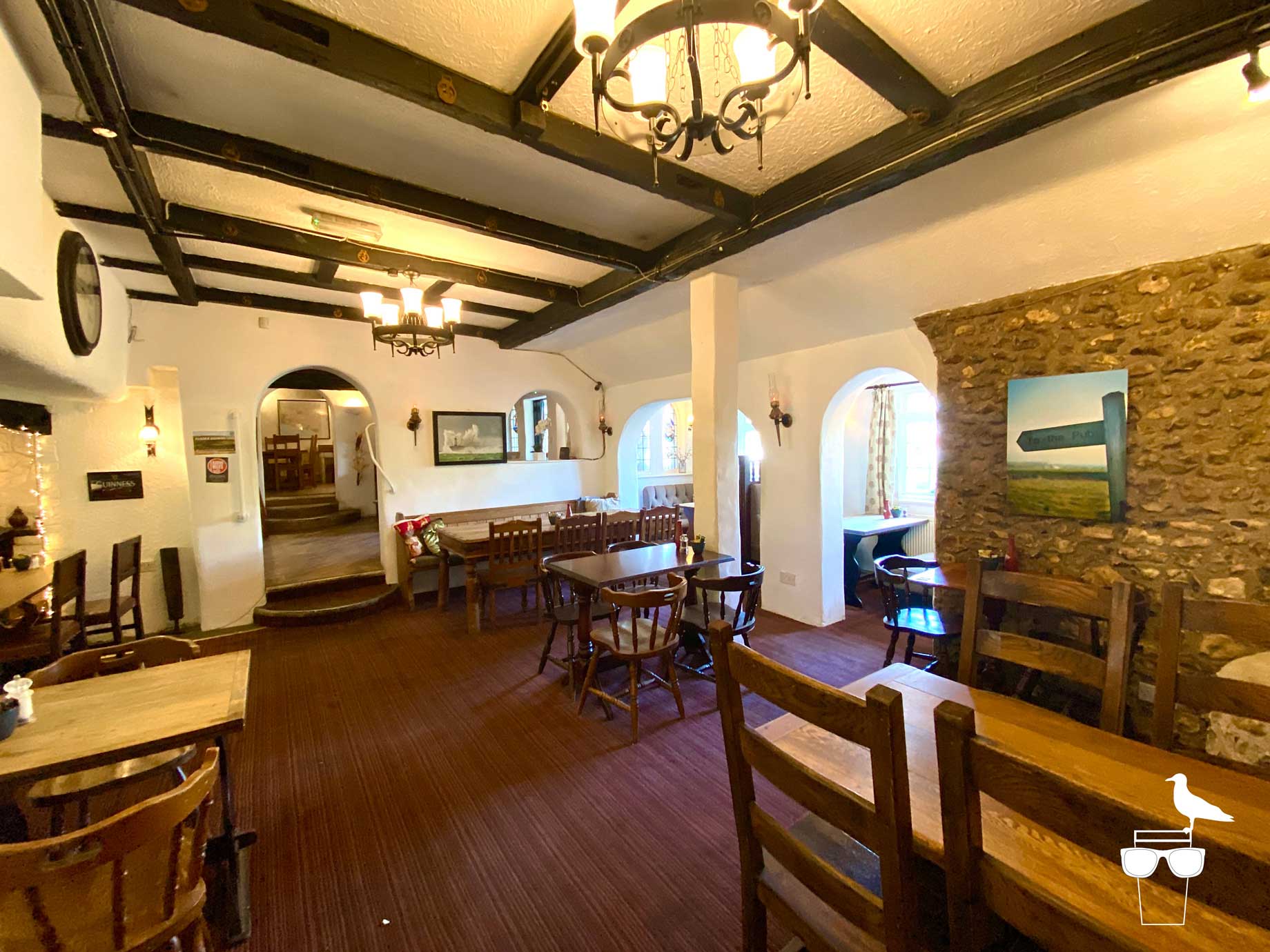 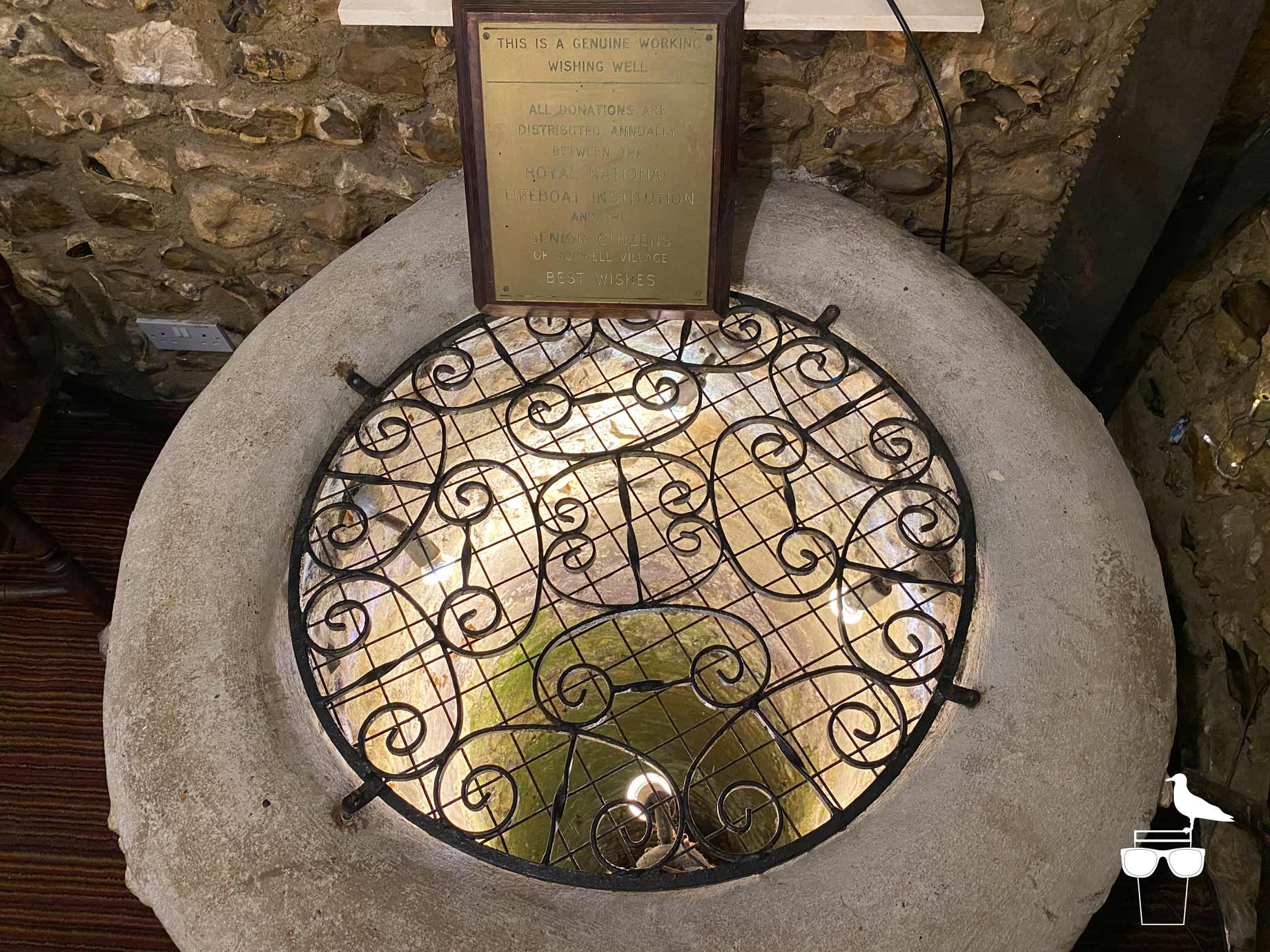 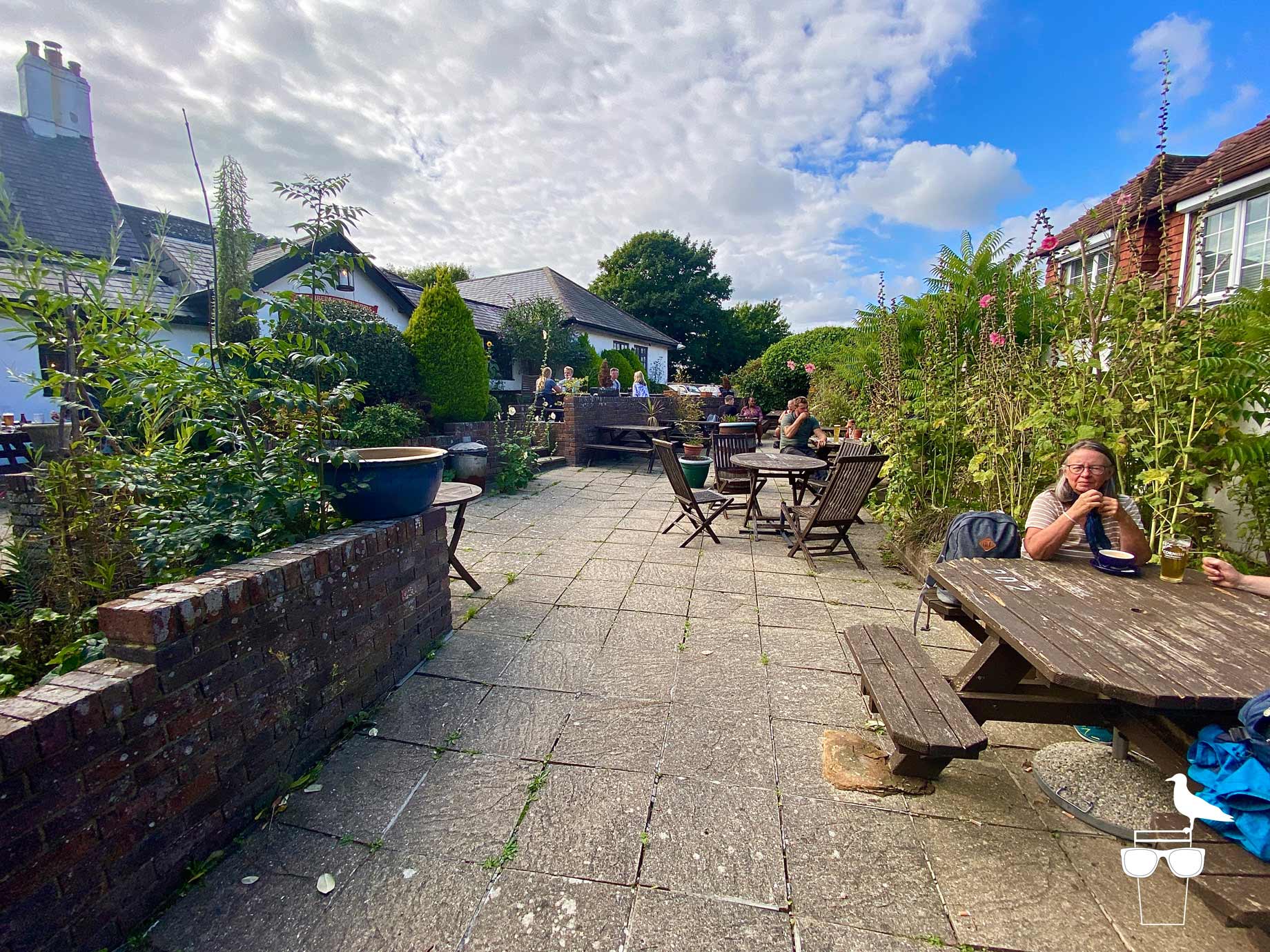 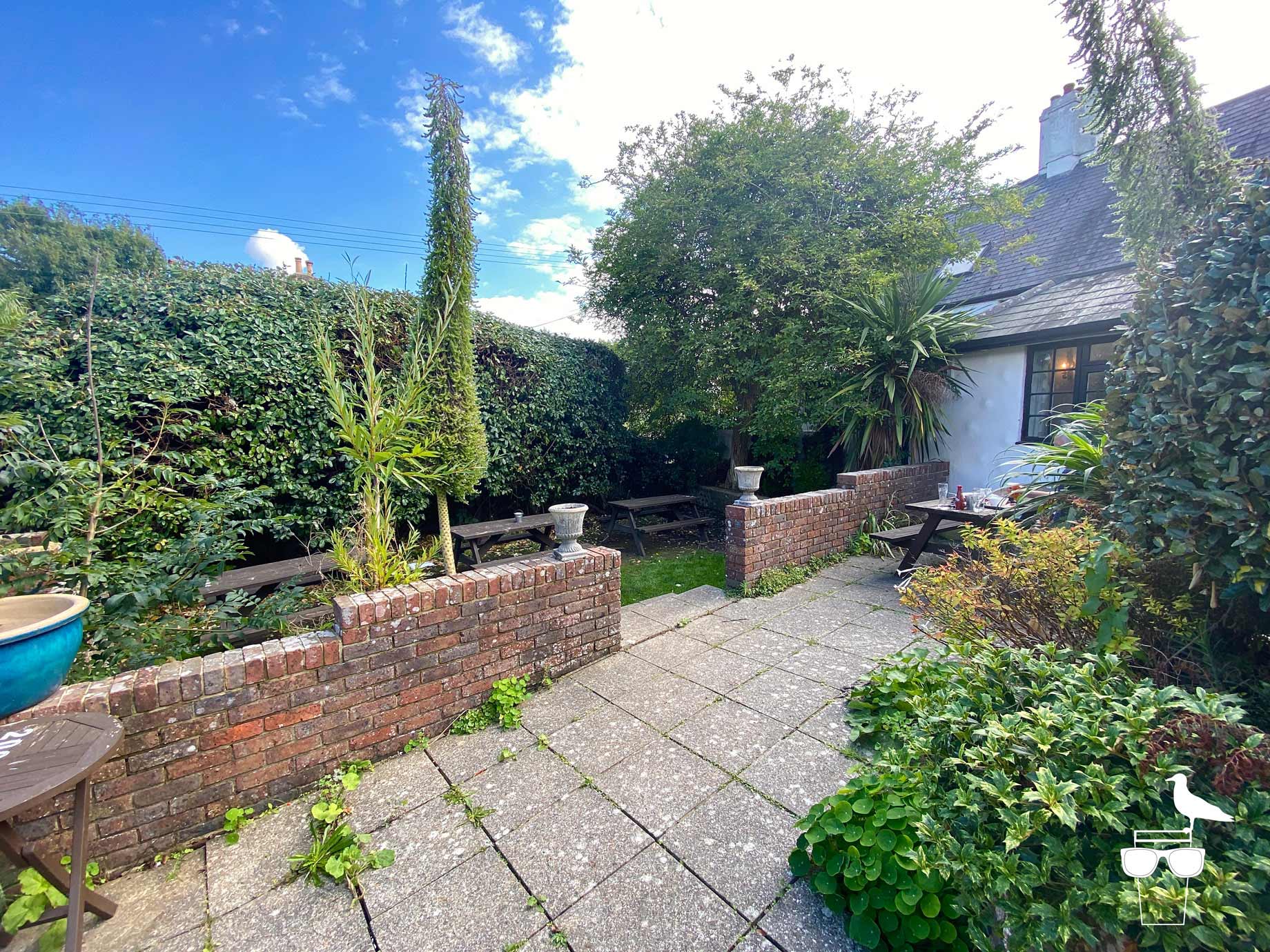 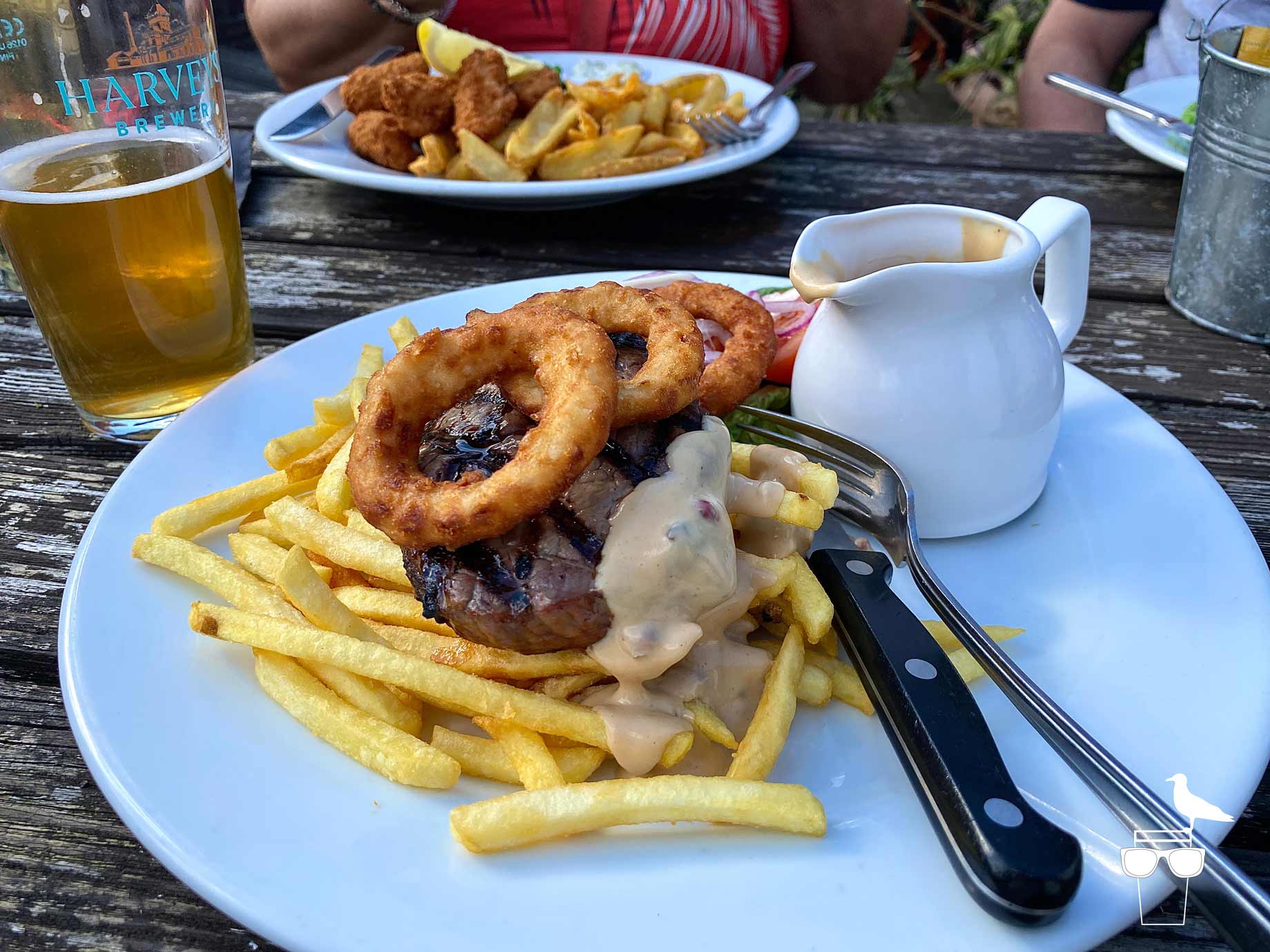 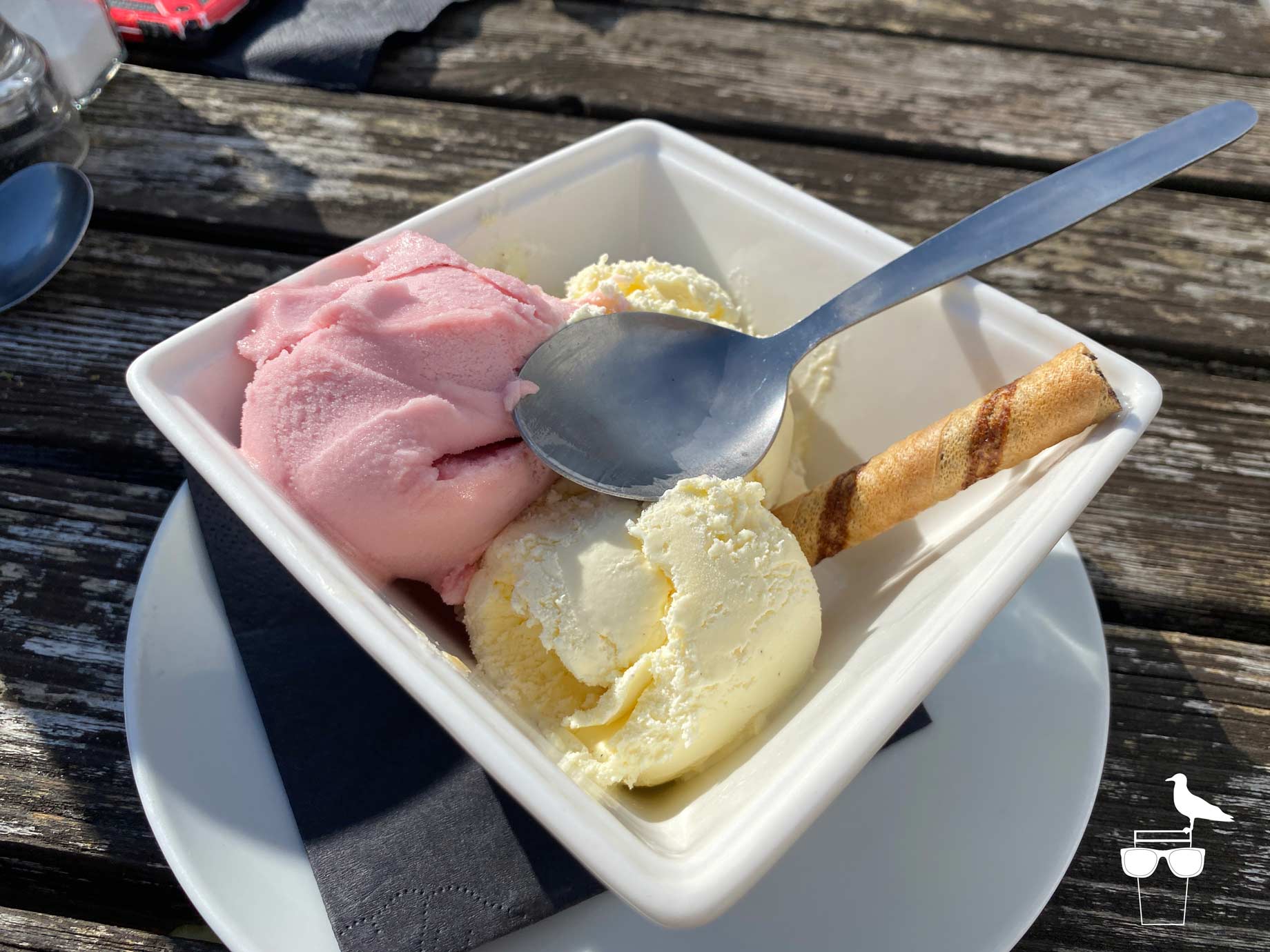 This 15th century village pub is an idyllic escape

Located south of Lewes on the Newhaven Road, if you weren’t paying attention you could easily whizz past, barely registering that a tiny village and it’s pub exist. If you have the time to pull over, a stop here to both enjoy the pub and maybe a walk through the village, unlocks a very pretty little corner of the South Downs.

The village is genuinely ancient and the buildings with their flint walls and thatched roofs reflect that. It’s claimed that some beams of the pub were salvaged from the Spanish Armada wreckage, and if you need some more recent history, Virginia Woolf used to reside down the lane in a 16th century weatherboarded cottage called Monks House, now run by the National Trust.

The pub itself is just as you’d expect an old pub to be, lovely exposed beams that cause you duck just in case, a large fireplace and lots of whitewashed walls embellished sparingly with occasional pictures and remnants of agricultural life. The bar is opposite the fireplace sporting 4 cask pumps, Long Man and Harvey’s both available, and about 6 taps offering various lagers and a pretty generic pale ale. There’s also Guinness and South Downs Cider available, which couldn’t be more local, as it’s produced in Northease just up the road.

To the left of the front door is a row of booths and the way the sun pours through the windows in the afternoon adds a tranquil warmth to the space. This room feels like the most ancient part of the building and from it the pub expands in all directions into various high ceilinged dining rooms, one of which even has a wishing well, with donations going to support the local aged villagers.
Behind the bar I discovered a lounge and games room, which I guess is where the village’s drinking age teenagers likely  gather to play darts.

The entrance most people are likely to take is through the garden from the car park, and this is a lovely, well bedded-in garden complete with about 3 seating zones boarded by lots of tall plants. Tables have been spaced and out and aren’t on top of each other. It’s a perfect sun-trap, and from it’s orientation I would imagine gets the sun at all times of day and through most of the year as well.

Food options are traditional and the Menu offers loads of options. The rump steak and scampi and chips we had on our visit was spot-on, a great lump of steak, good peppercorn sauce and really plentiful portions for the cost. We also hear they do Fish Fry-days and Sunday lunches.