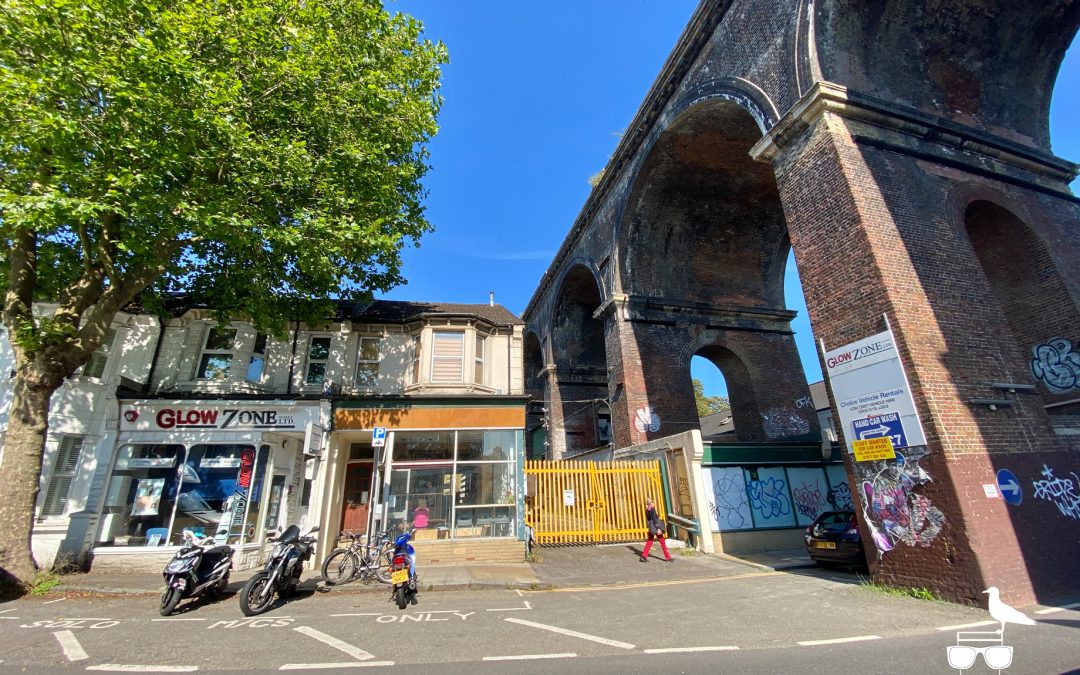 A humble, rough-and-ready brewery tap-room that has no pretence about what it is, BRZN are all about the beer 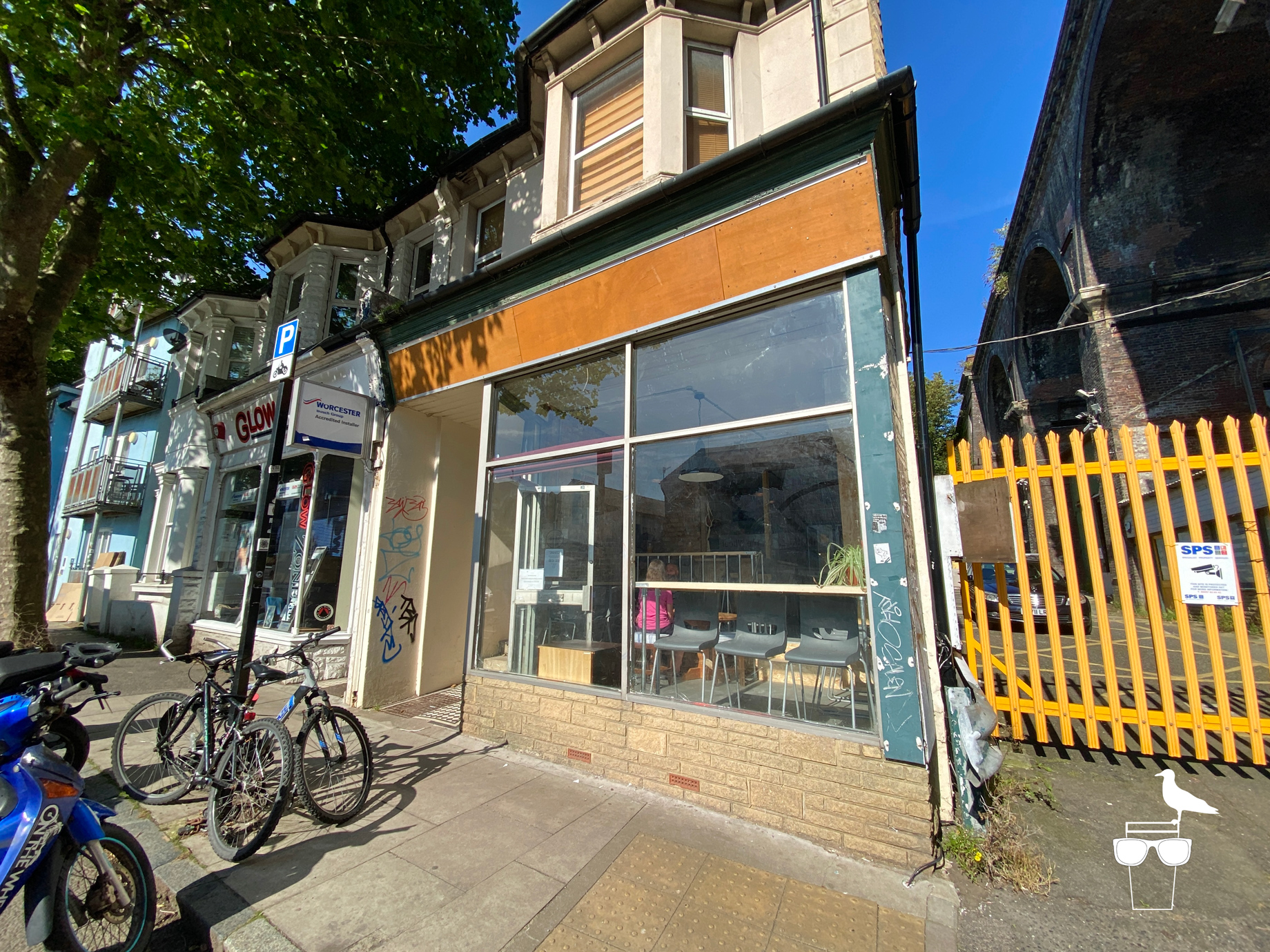 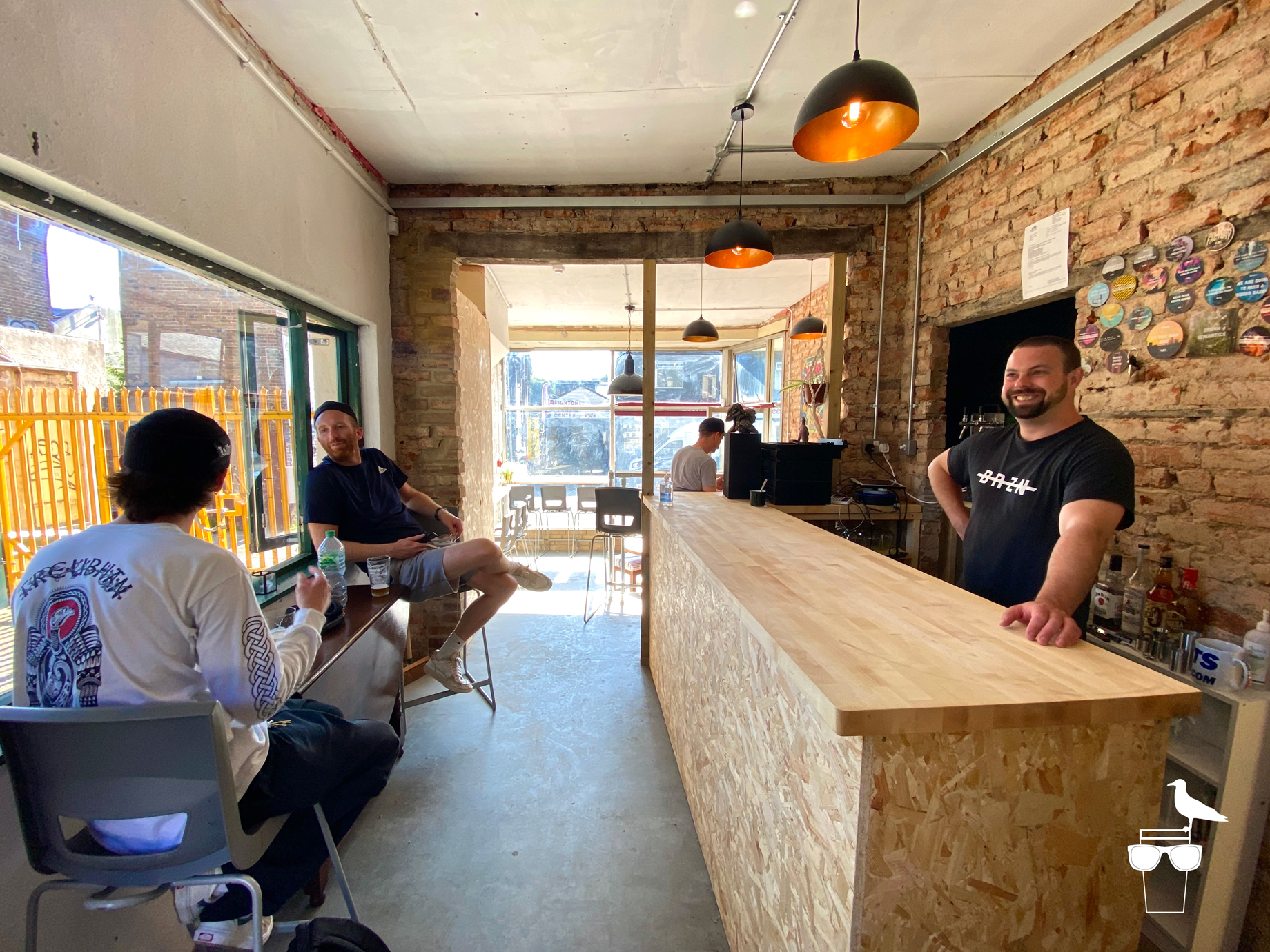 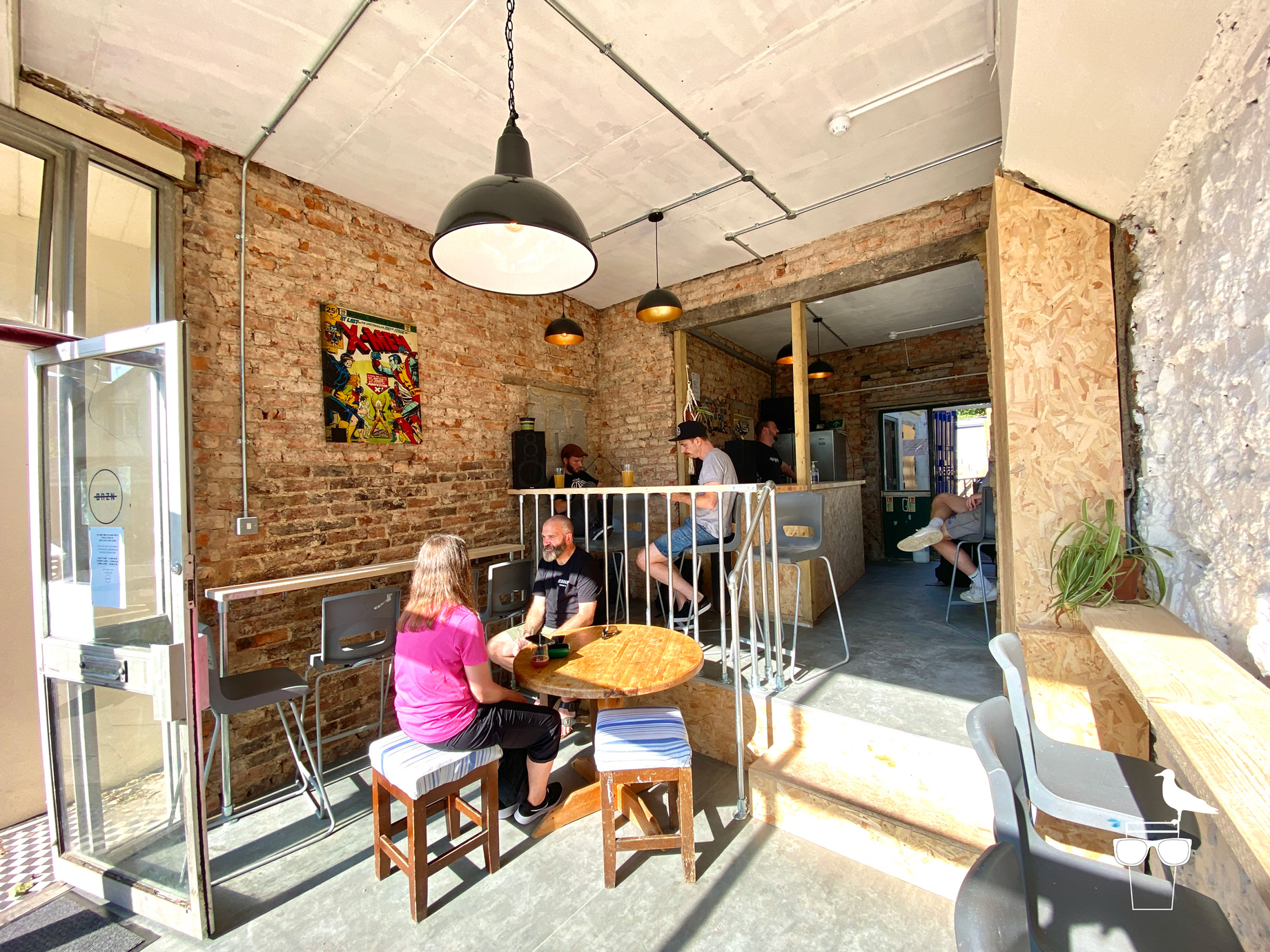 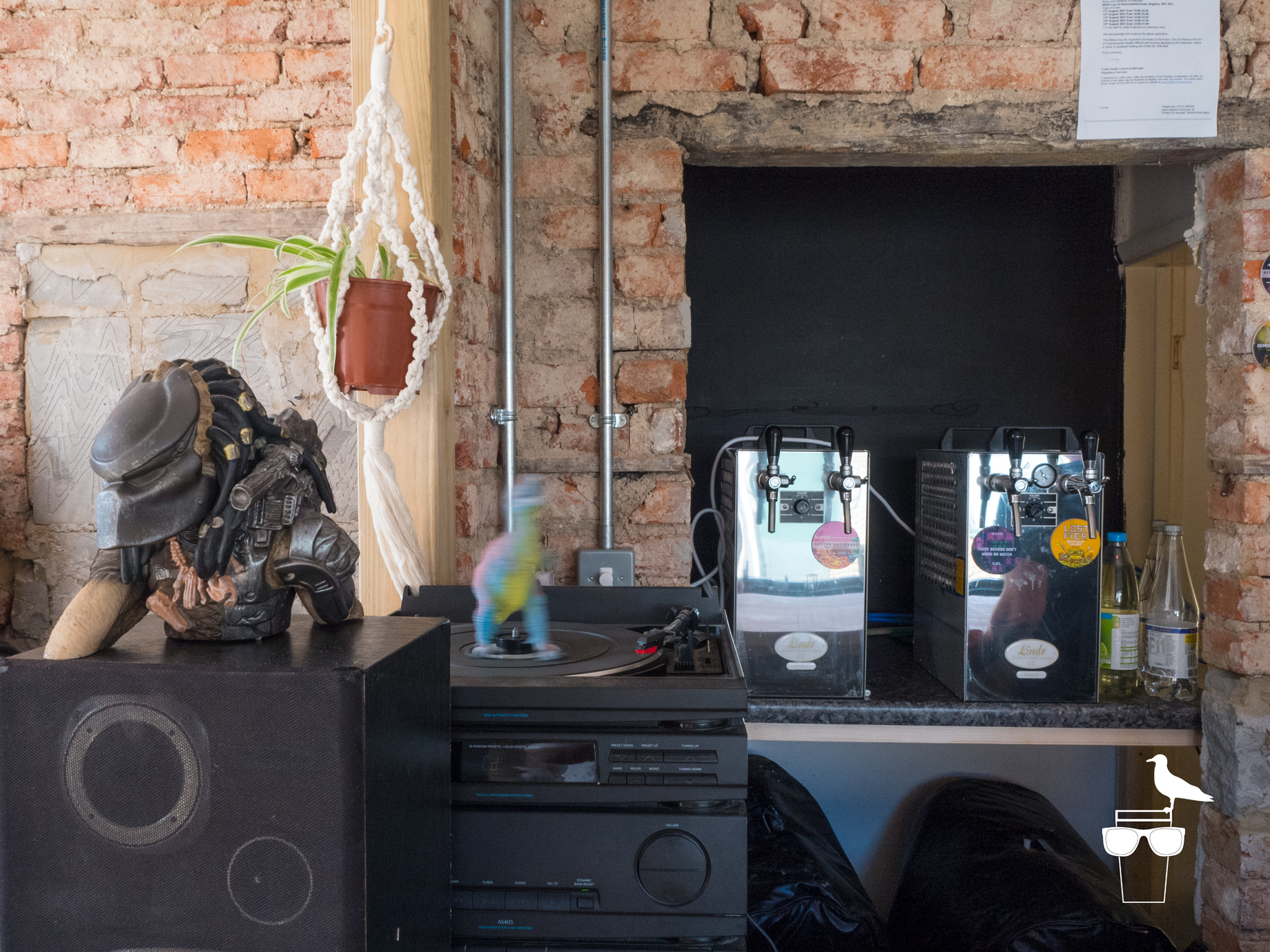 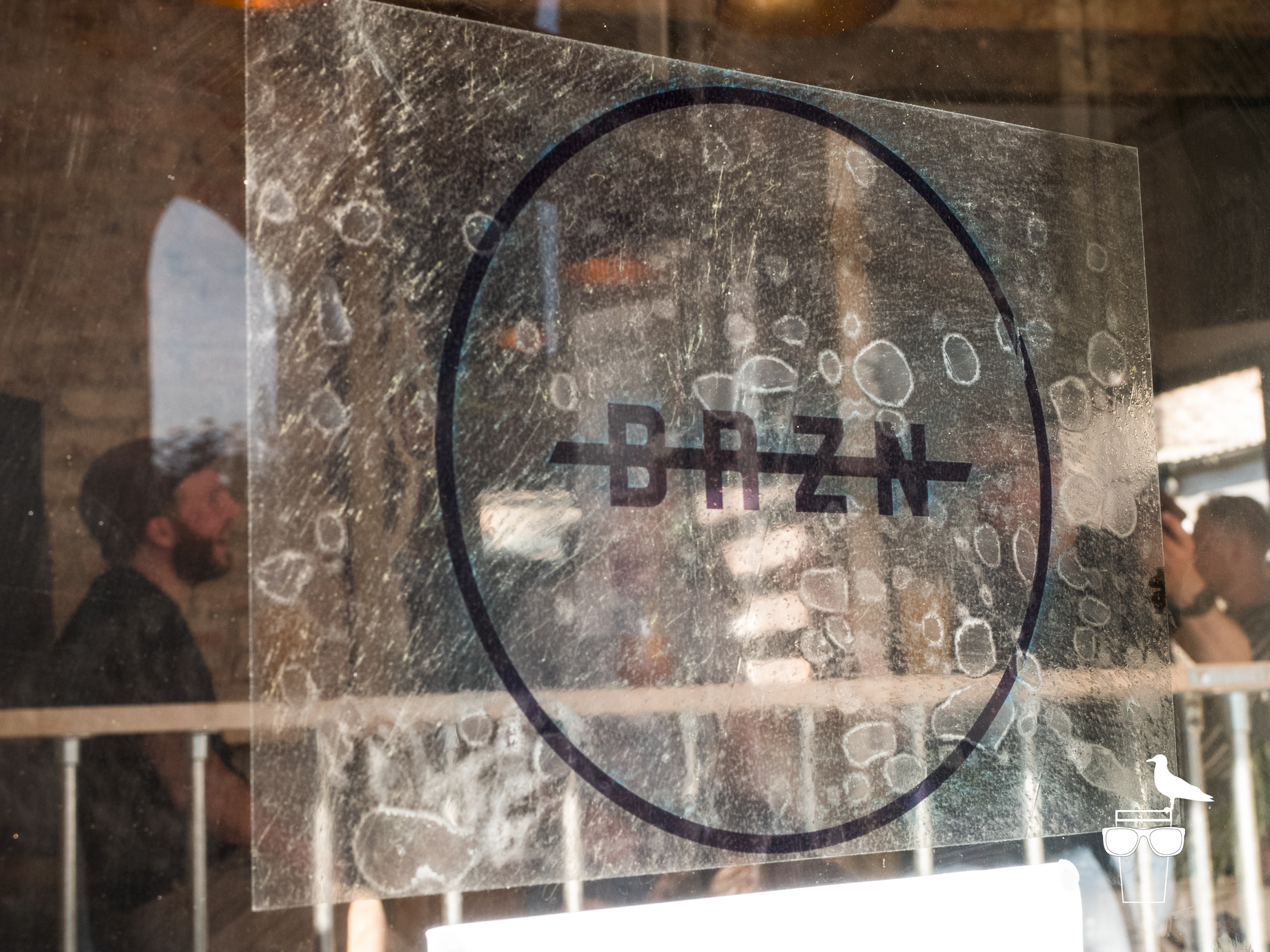 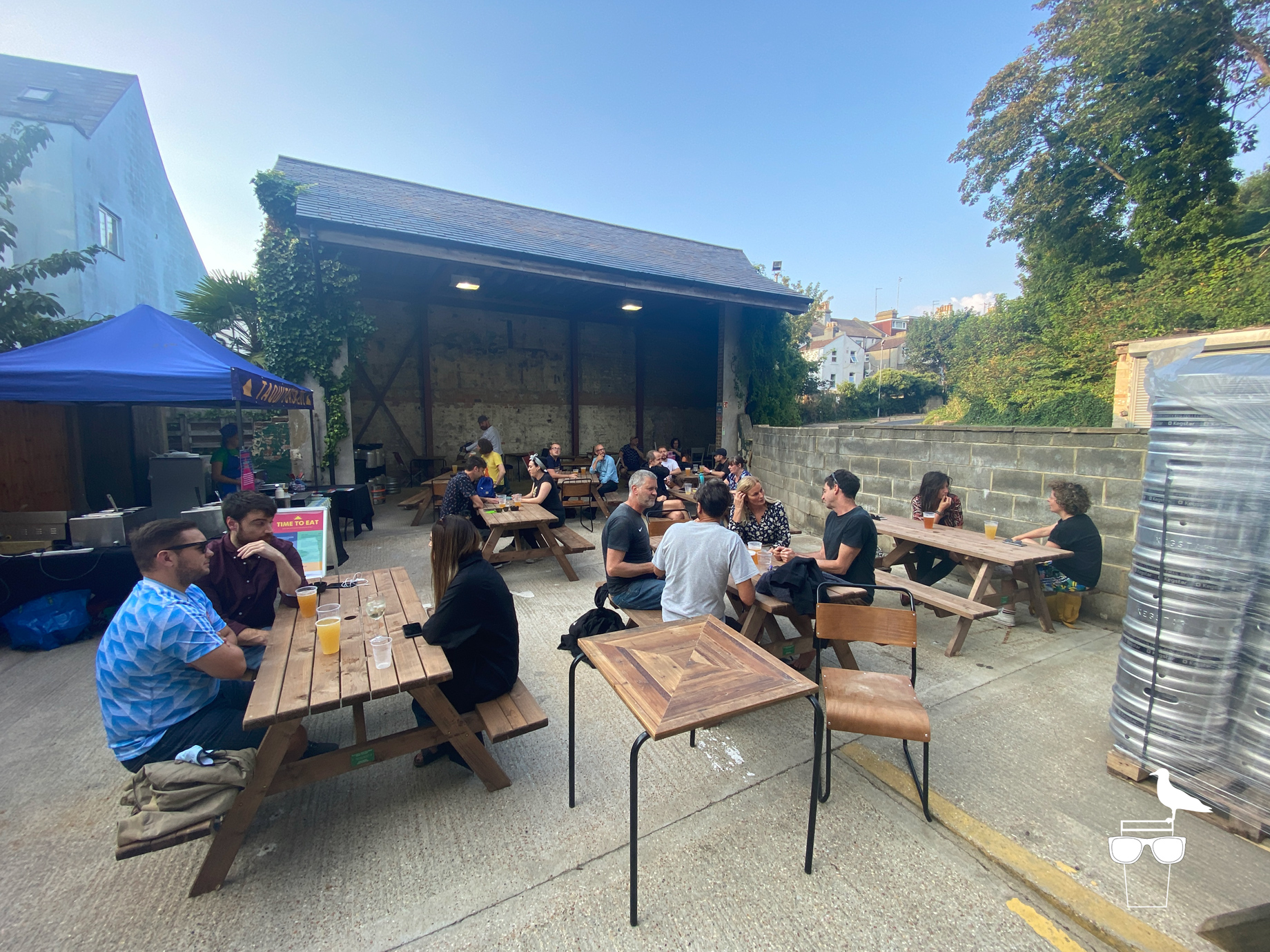 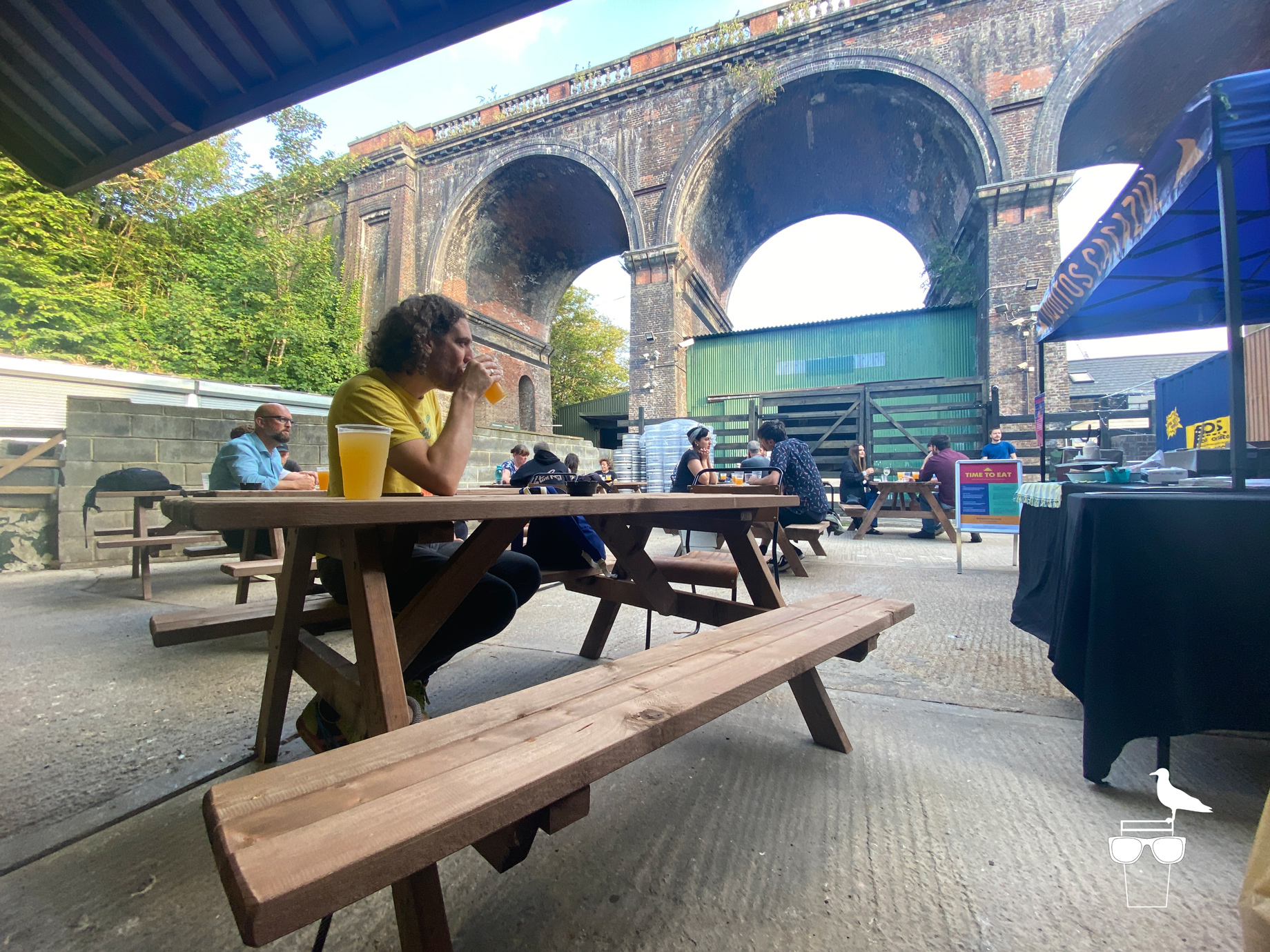 The ‘BRZN Arms’ is a short walk from London Road train station or Preston Park, and is just up the hill from the shipping container brewery where the brewers made their name over lockdown, selling a varied range of fresh modern craft ale.

The bar is a bit limited space wise and there is minimal fuss in the furnishings – exposed brick walls, scaffold boards bars and barely a lick of paint throughout – yet there is still plenty of character in this taproom. At the right time of the afternoon the suns rays bathe you through the shopfront window. The chatty manager Aleks is part of the team that started the brewery and will talk your ear off if given half the chance as he lives and breathes the beer they serve.
Then there are the magnificent Victorian arches of the London Road viaduct. They run pretty much overhead, dwarfing the bar and making for a unique and very ‘Brighton’ back drop when chilling out in bar’s huge back yard space.

Currently there are 6 taps and 1 cask pump available. These pour BRZN beers on the whole and anything from their range could appear, from coffee infused pale ales, to raspberry sours using fresh raspberries from the downs. They also have big love for the lager made by Lost Pier, and so that has become a resident. There are hopes to brew larger volumes on site in the future so that there can be more experimentation and more great beers on the taps.

There’s a real sense of excitement and authenticity to the place, helped by the fact that the bar started as a pop-up, which at the end of it’s term got the go-ahead from the countil to remain as a fully licensed venture.

The BRZN Arms Brighton has clearly been created on a budget, and sure, there are more comfortable and cosy places to drink. But personally BBB think it’s refreshing that Brighton finally has a rough-and-ready brewery tap-room that has no pretence about what it is, and doesn’t need to have loads of money behind it in order to create a very enthusiastic community.
BRZN are humbly doing what they love, and very much like BRZN themselves, this bar all about the beer.