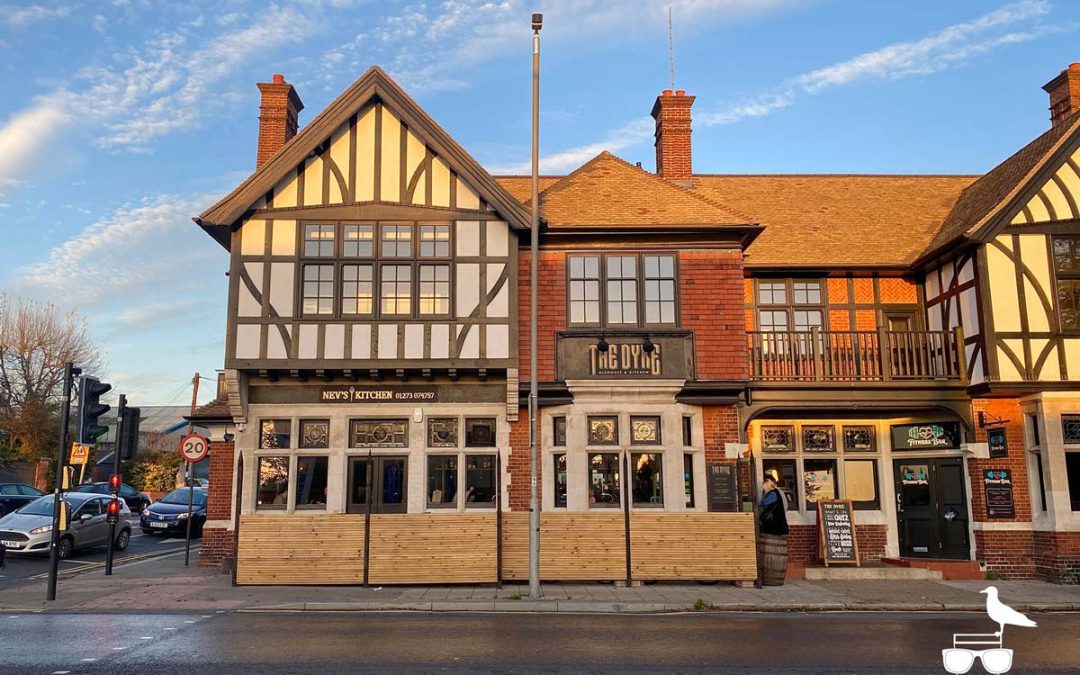 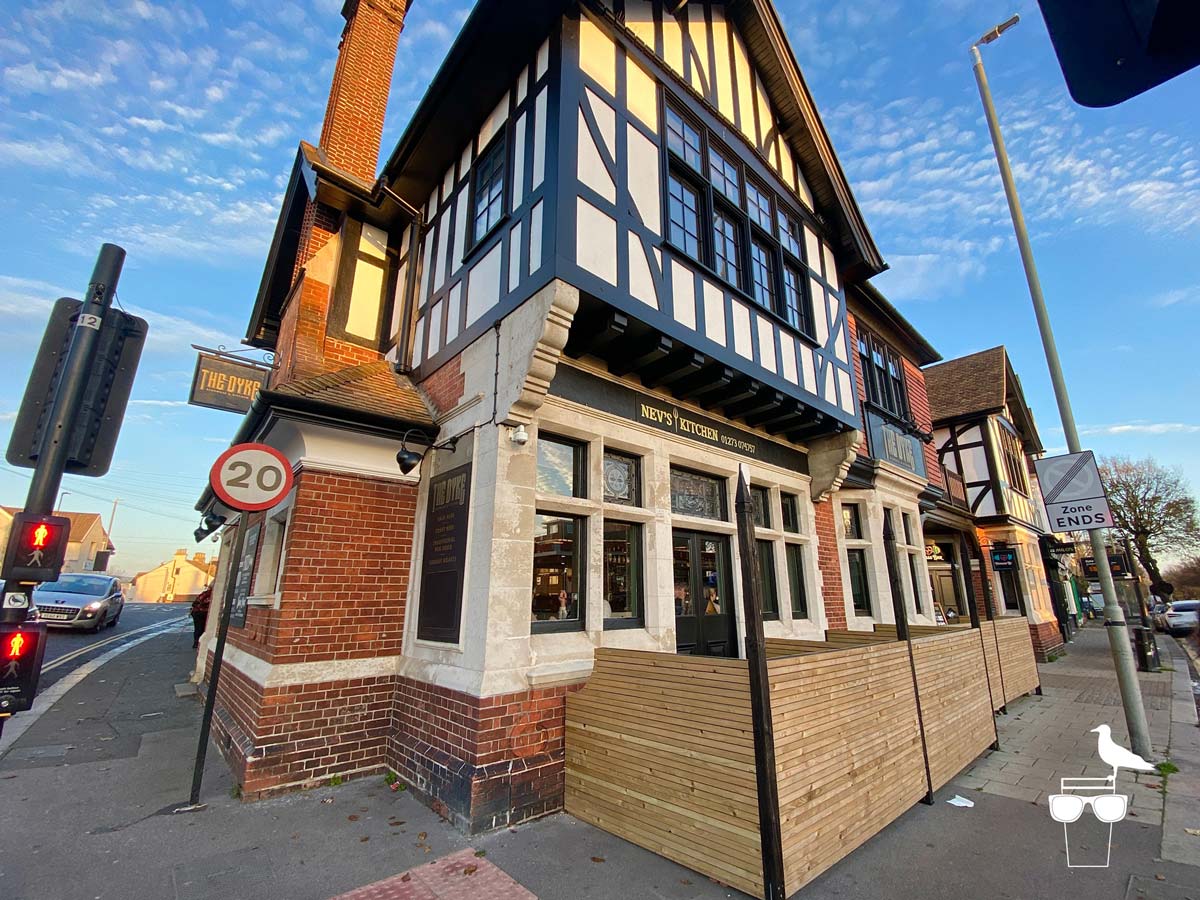 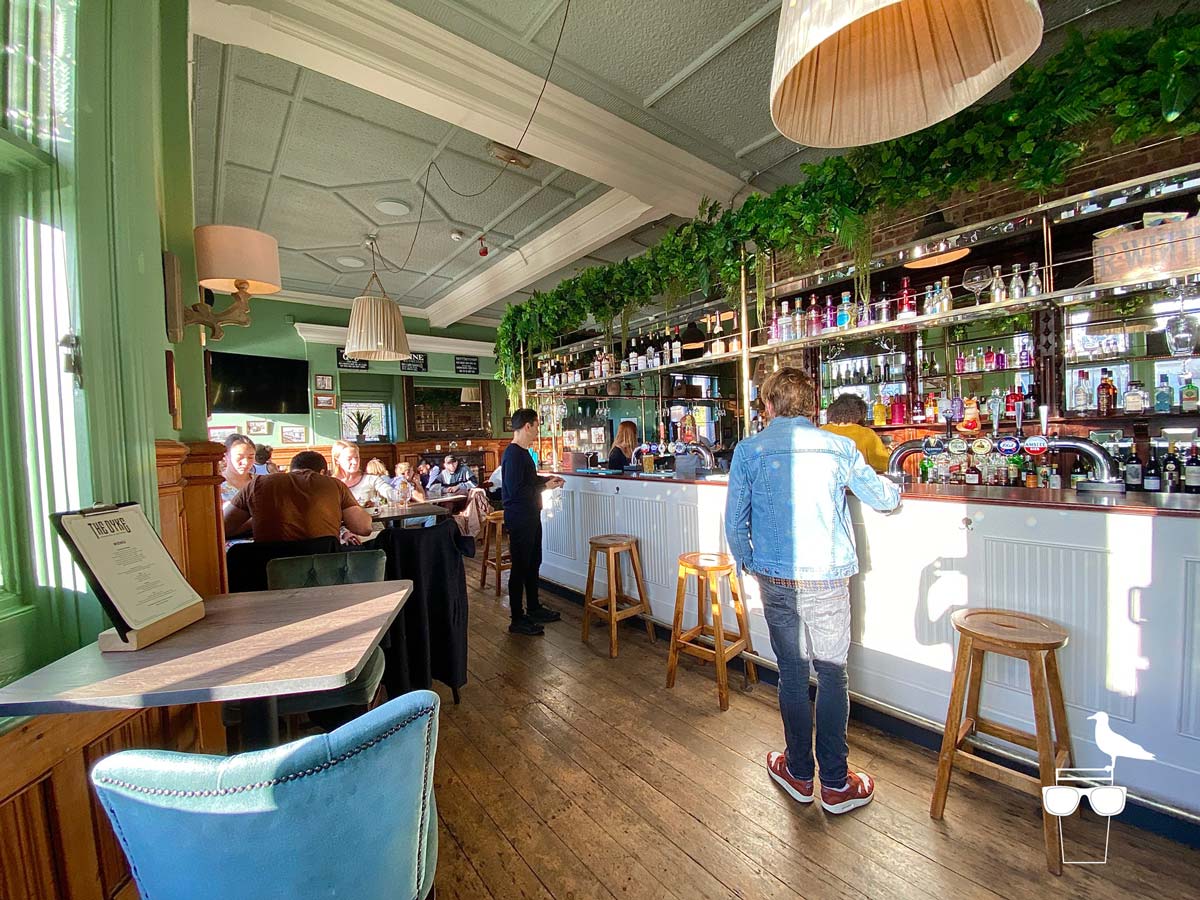 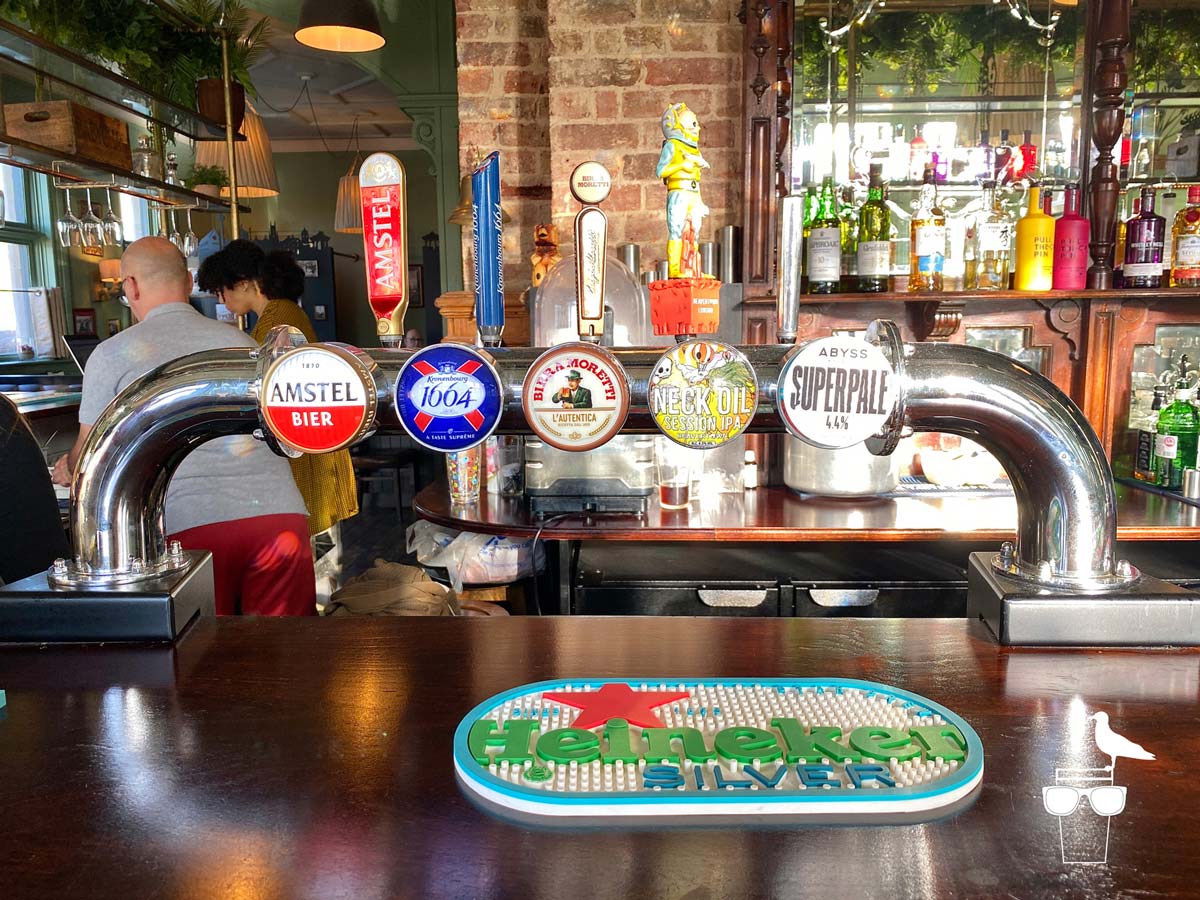 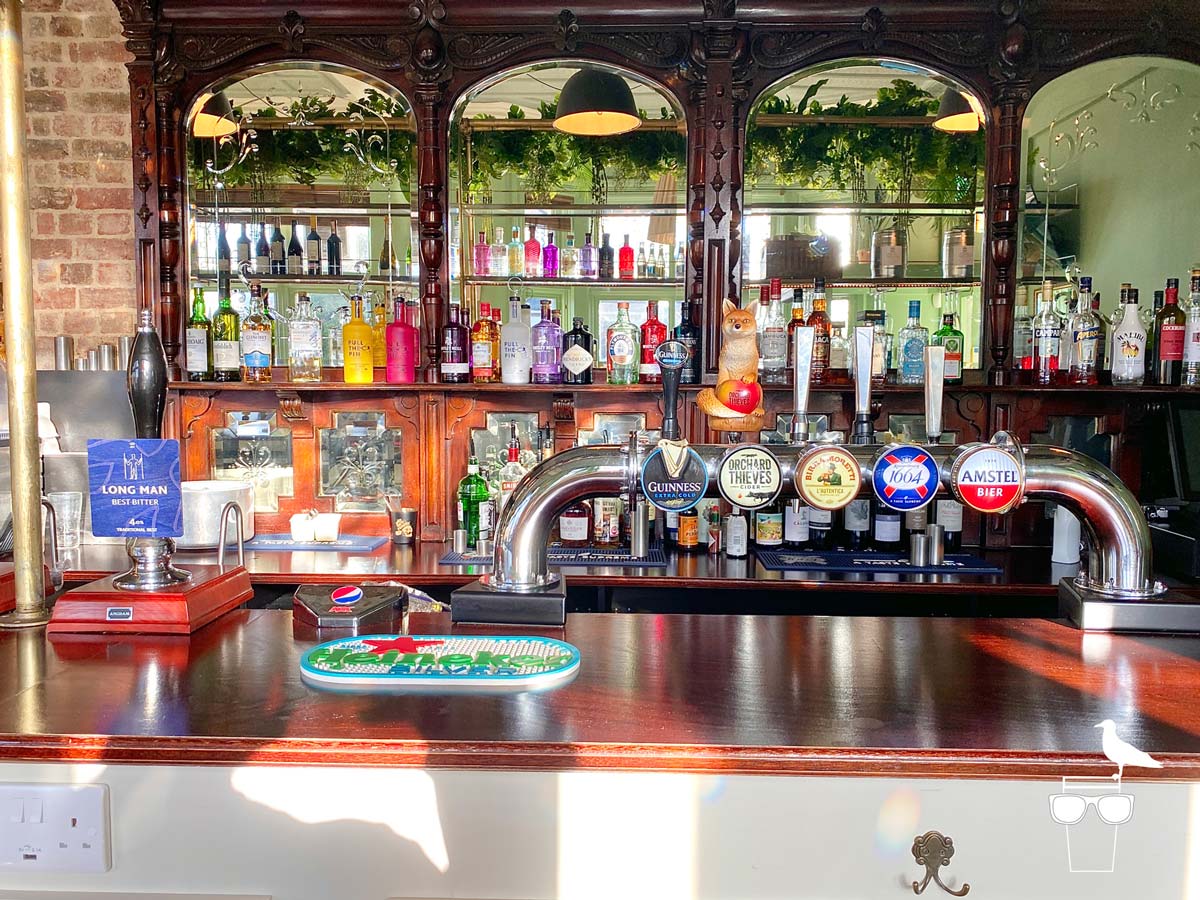 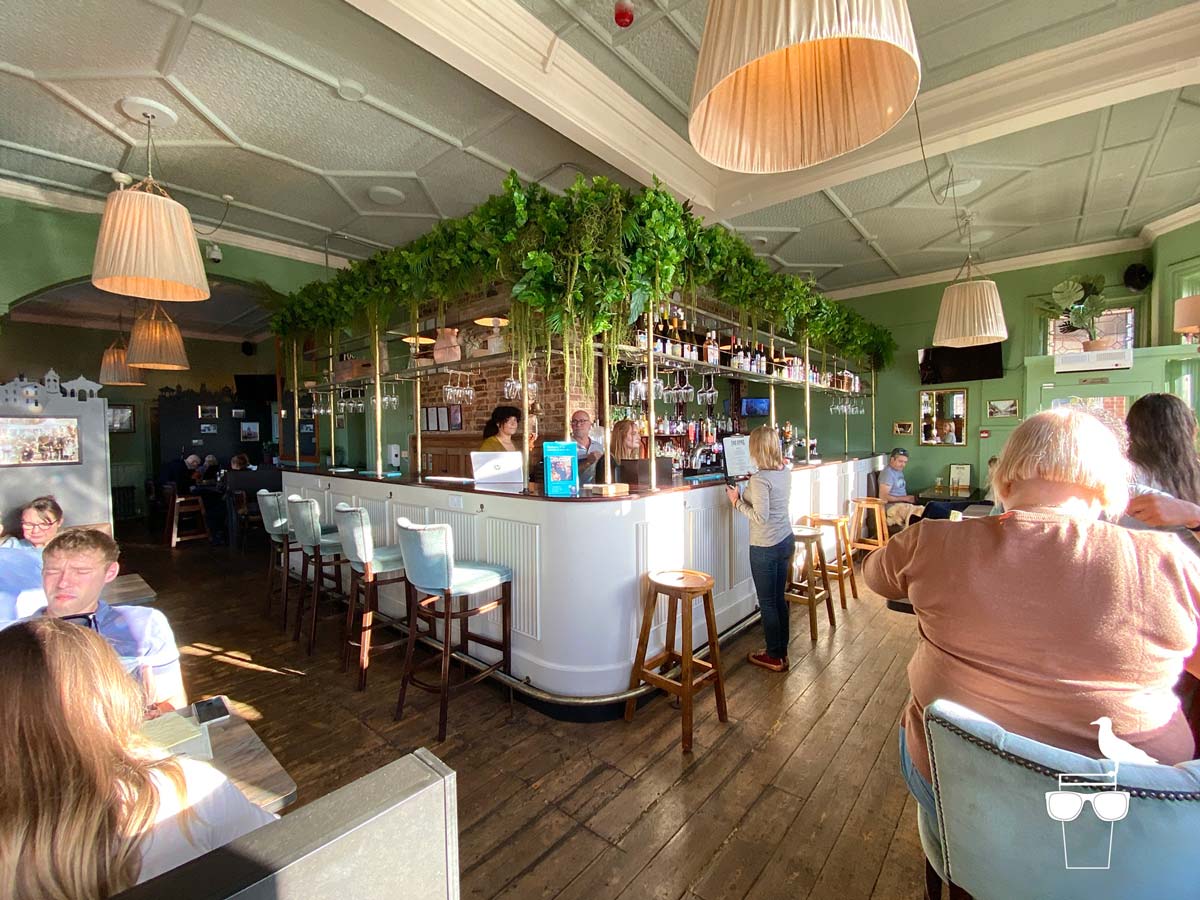 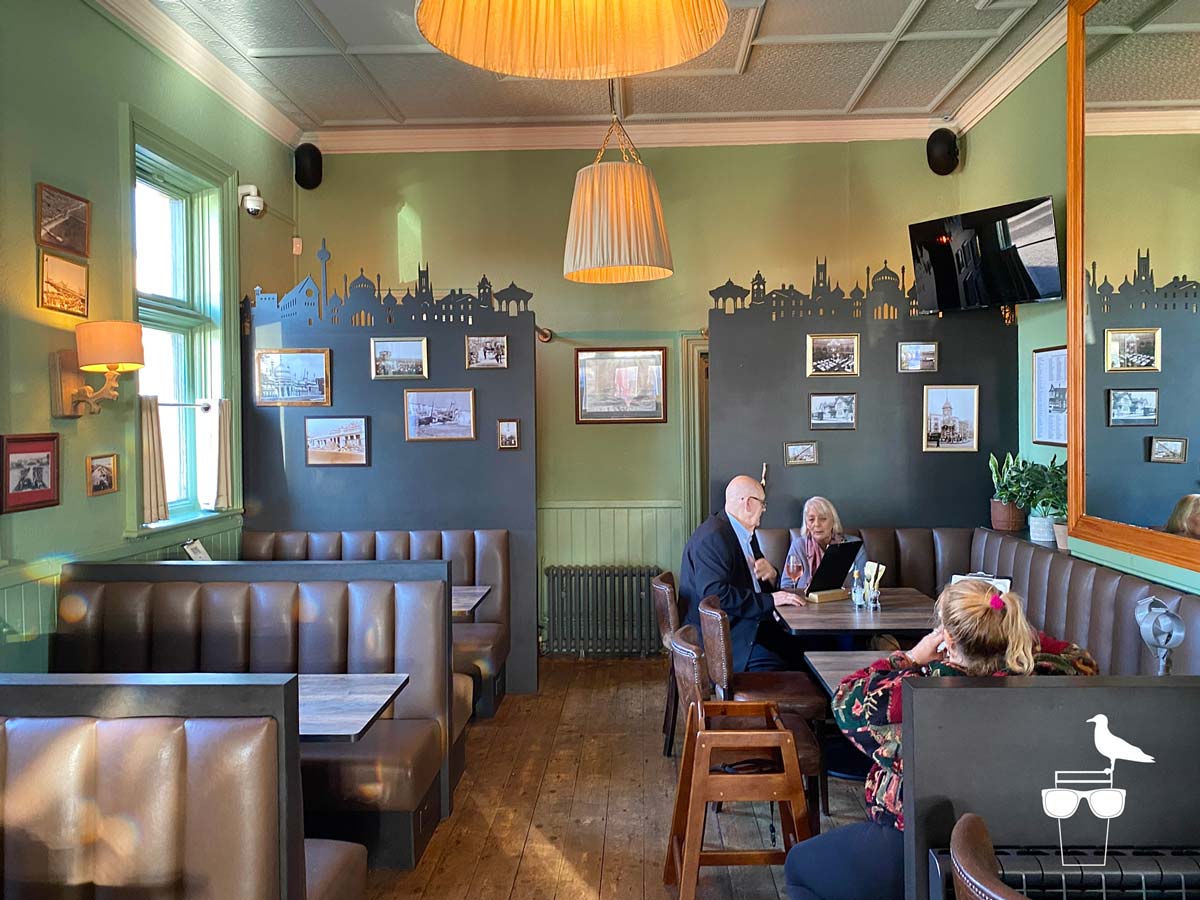 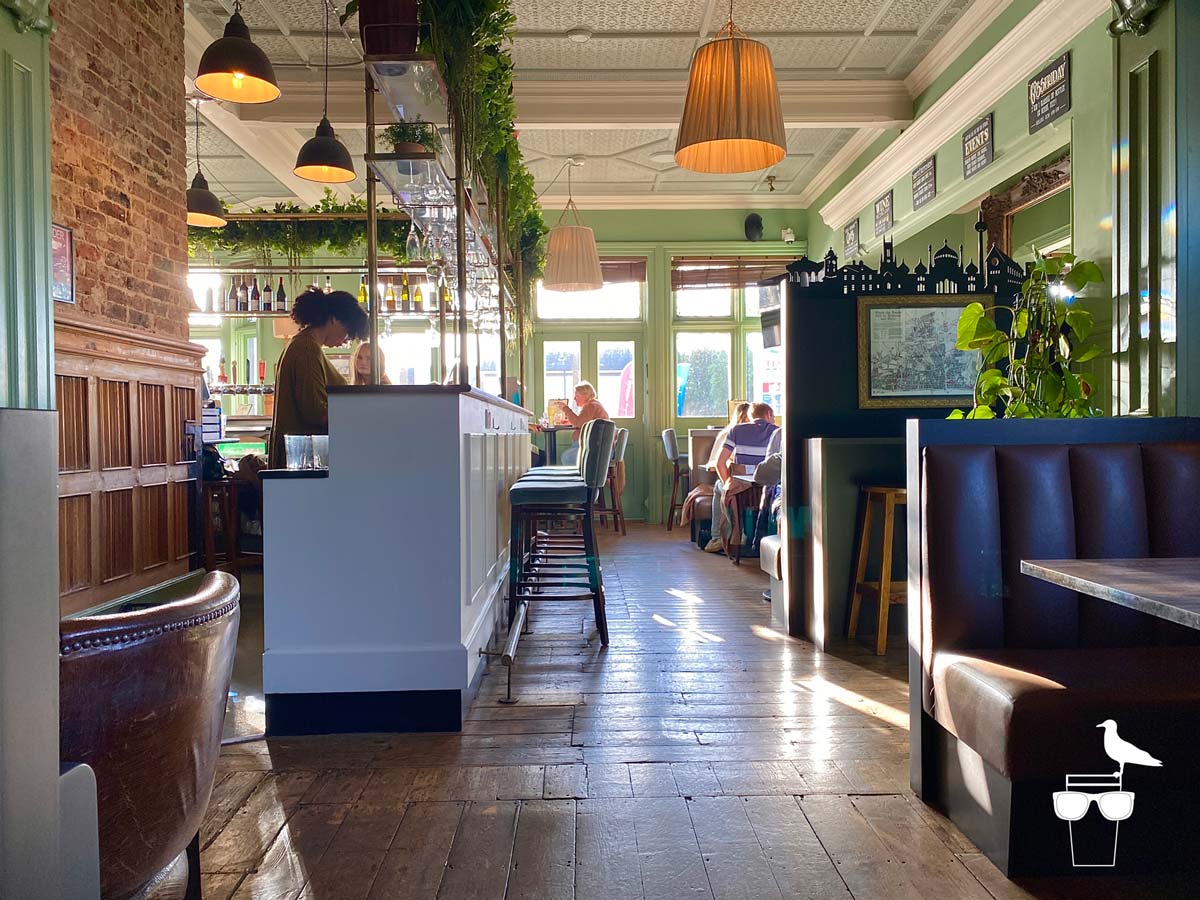 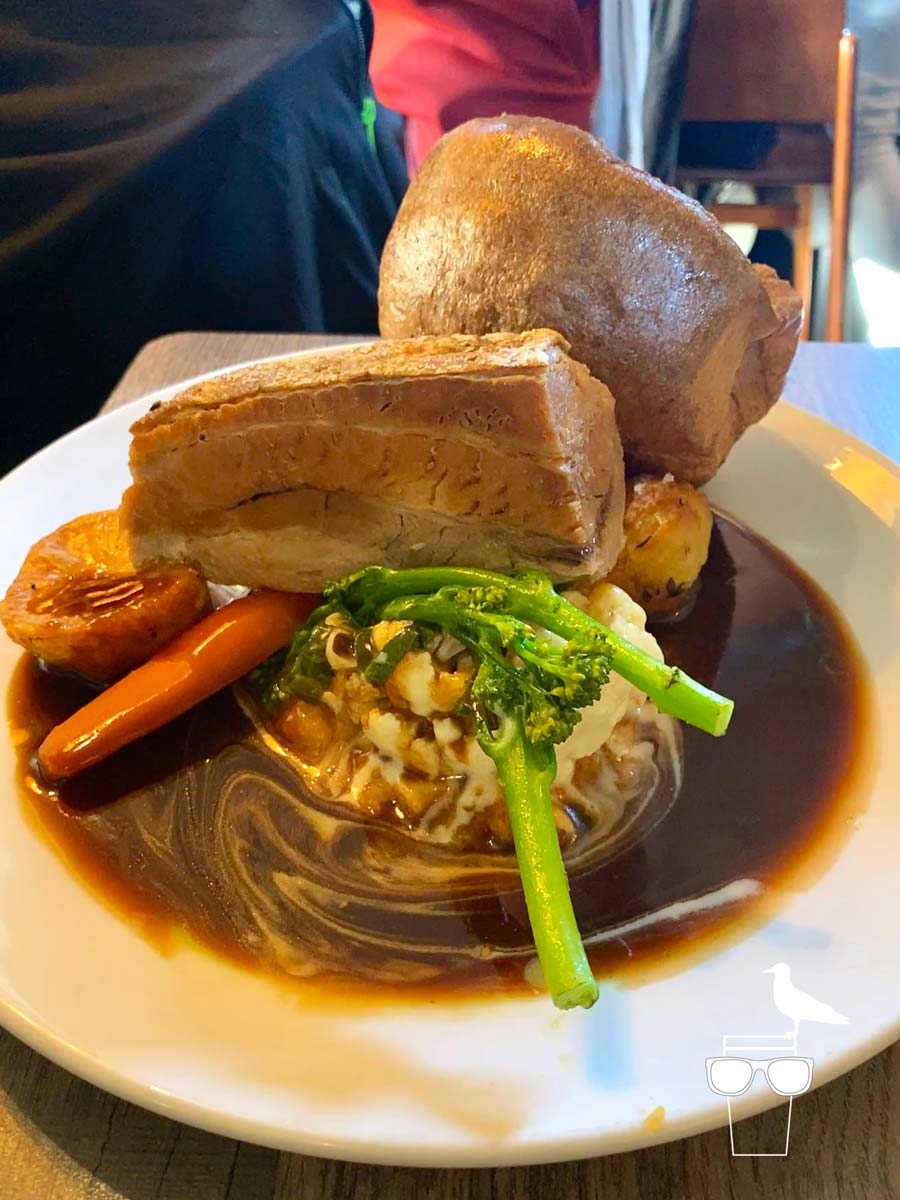 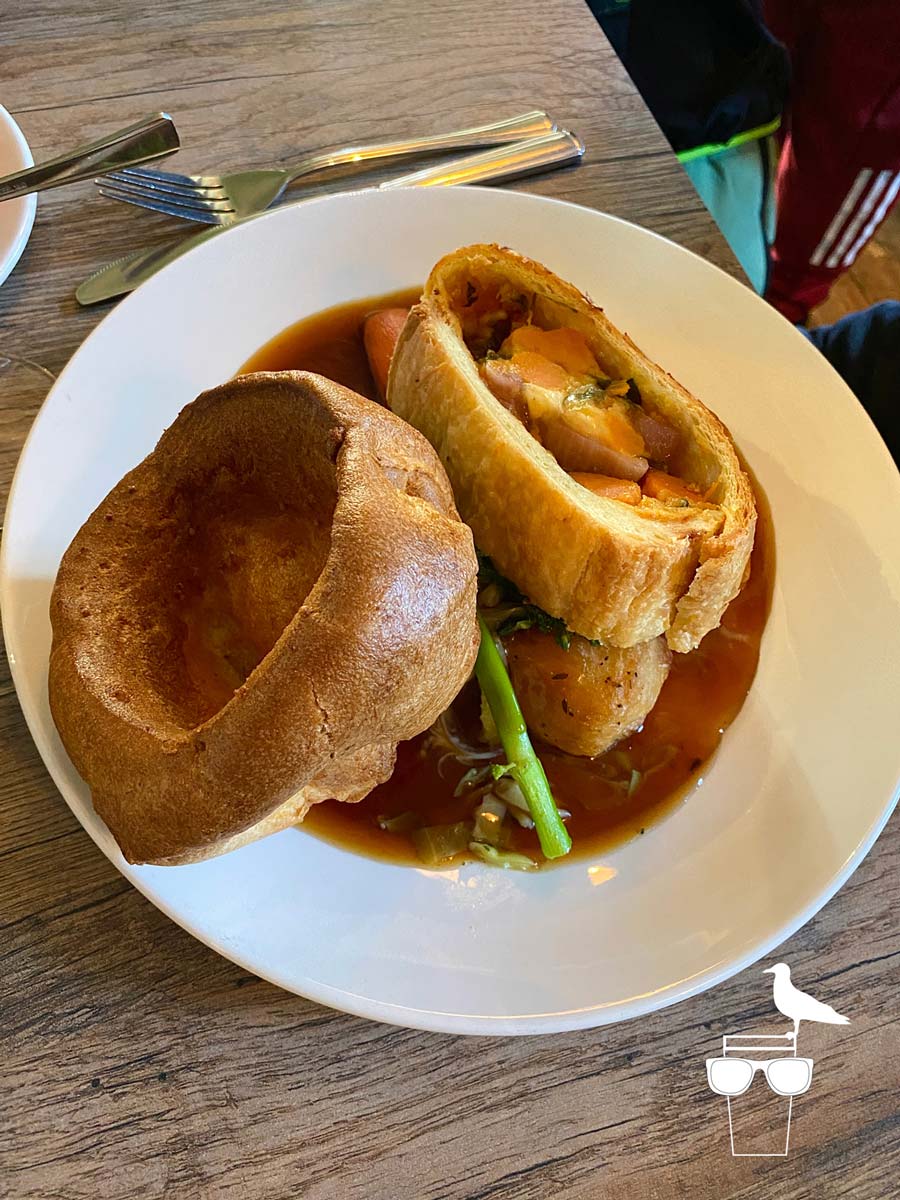 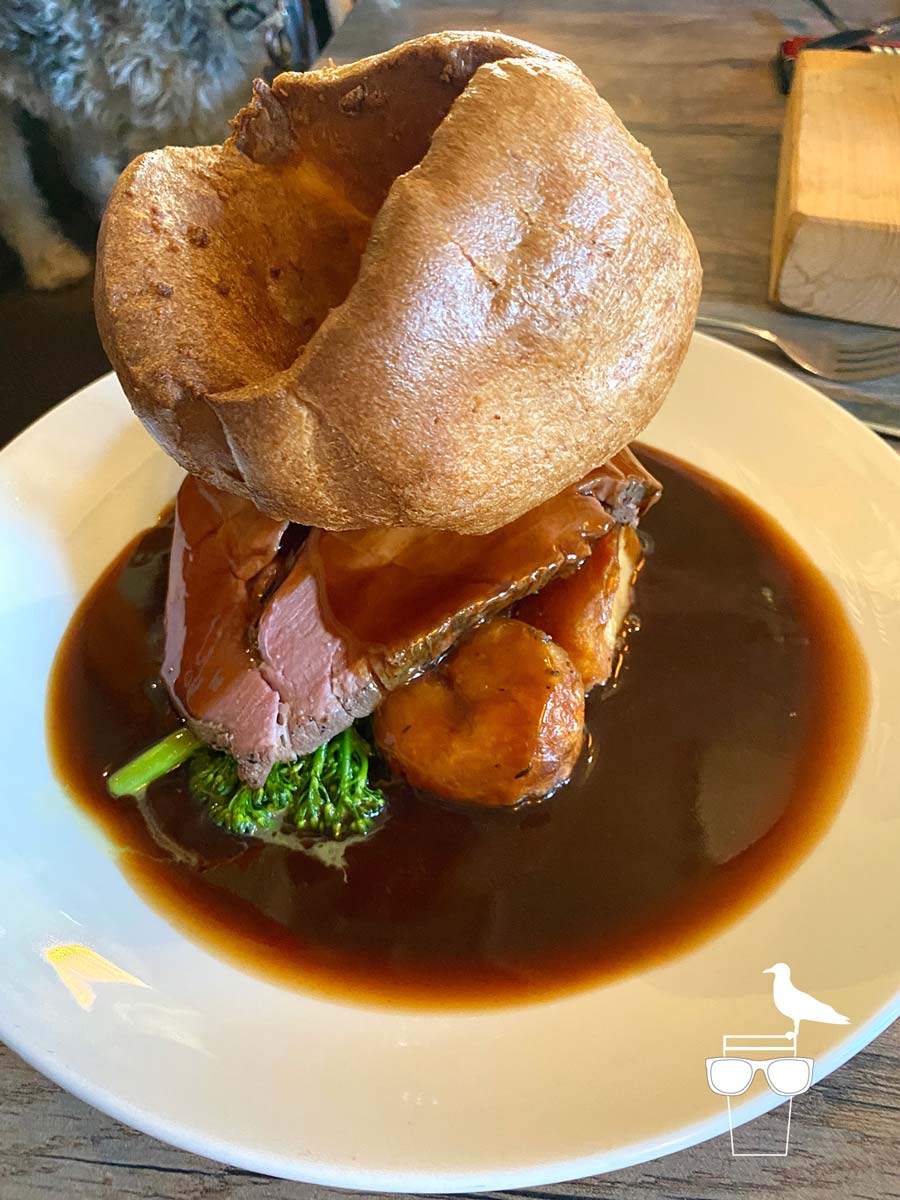 A refined and revitalised community local

Back from the brink of extinction, The Dyke Alehouse Brighton was saved in a two-year campaign of committed community resistance and crowdfunding, which even got the support of Caroline Lucas. The garden is now gone in favour of a residential block, but at least the pub still lives on.

In its new guise the mix of modern and traditional decor is well balanced with the many tastefully highlighted period features and an elegant glass and brass bar overlooking a range of high tables at the front. It looks fantastic in here. Lovely period panelling, a huge fireplace, stylish glass storage above the bar and some new bespoke Brighton focussed dividers combine period and contemporary really well.
On a Sunday afternoon it feels packed for sure in this little L-shaped pub, but the fact there’s space for so many tables is quite impressive.

The Alehouse part of the moniker is a bit confusing because it’s not really followed through in practice and this wouldn’t be high up the list for a bus load of CAMRA members. Despite being independently owned, the pub buys through Heineken which restricts them to the same drinks you see on 60% of pubs in Brighton. The landlord used to champion an armed forces Veterans Brewing company on the pumps here, but apparently that’s no longer the case. They do have Long Man Best on the Pump though, which a great brewery and I wish I saw more of their range in Brighton.
The only keg with anything independent was Abyss’ Pale, a brilliant session pale at 4.4% which allows you to have 2-3 without feeling too guilty.

We were here mainly because we’d heard rave reviews about the Roasts from fellow pub blogger Roasts in Brighton. We were not disappointed. Meat was plentiful and incredibly succulent and flavourful. The veggies were lovely, the gravy was great and abundant, so no need to ask for an extra jug. If there was a grumble it was that the potatoes were a little dried out, probably from being sat about staying warm under a lamp, but that’s forgivable on what was a very busy Sunday, and because everything else was perfect.